Blissing out on chicken pot pie

Just like mom and Roman soldiers used to make 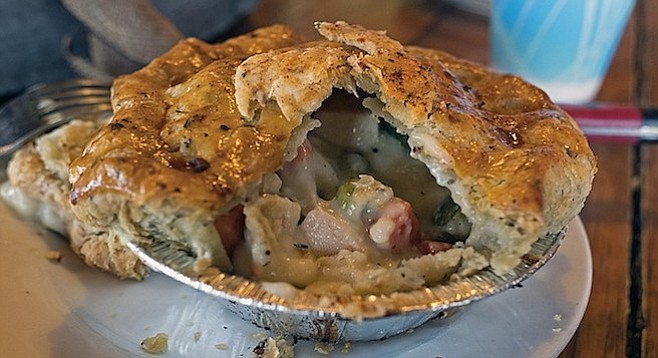 When Pop Pie Co. opened in University Heights last fall, its single-serving pie concept roused a social media sensation that drew lines out the door. But it’s not alone in the pie-as-entrée space.

Betty’s Pie Whole has been at it since 2014. However, rather than the contemporary design concept of a third-wave coffee roaster, this pie “saloon” steers its look the opposite direction. It cops an old-West flavor, complete with swinging saloon doors entering a decidedly rustic, wood dining room. 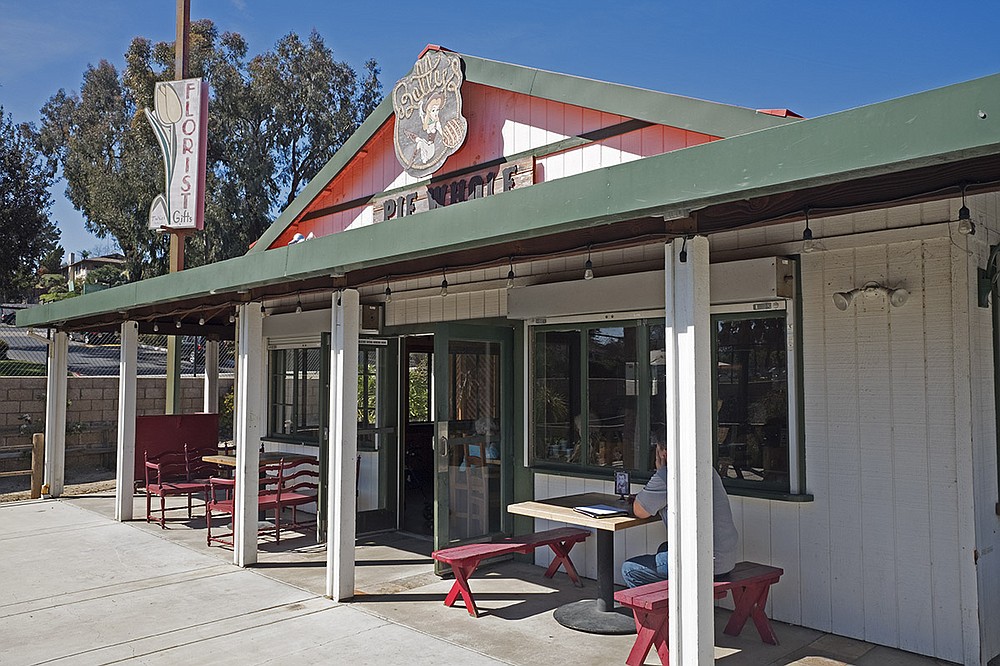 The small specialty shop sits off the parking lot of decades-old Encinitas nursery Sunshine Gardens. Counter service includes a display counter showcasing the pies on hand. Selections include a baked take on a meatball sub, a cheesy spinach and mushroom veggie pie, and Eggy breakfast pies (quiche sounds too fancy in this place). 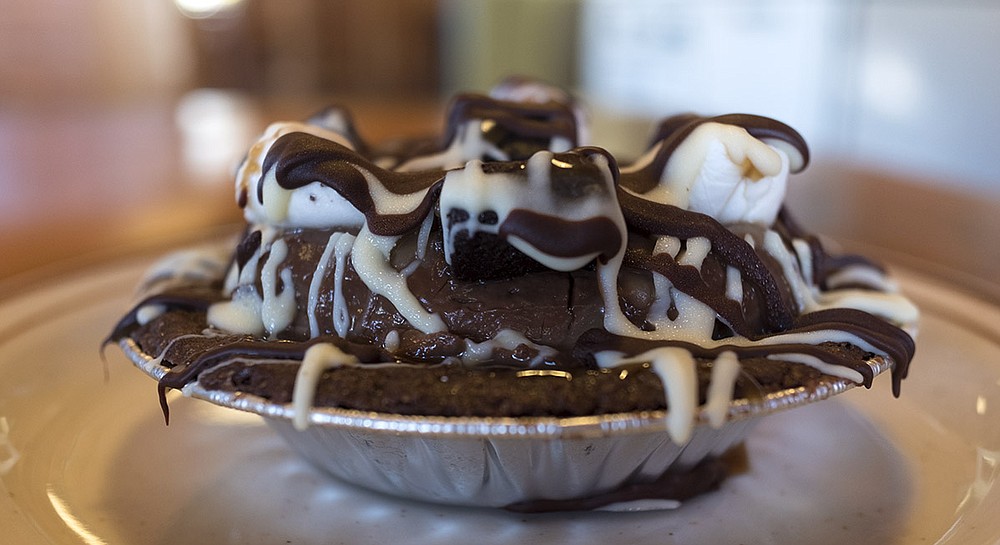 You can get in the standard, 9-inch diameter family-size pie for 28 to 30 bucks — some with the option to take and bake. If you’re dining alone, nine dollars will get you an individual pie roughly the circumference of a compact disc. I asked for the latter, and to no one’s surprise they steered me right to a classic — Grandma Lucy’s Chicken Pie, aka the chicken pot pie. 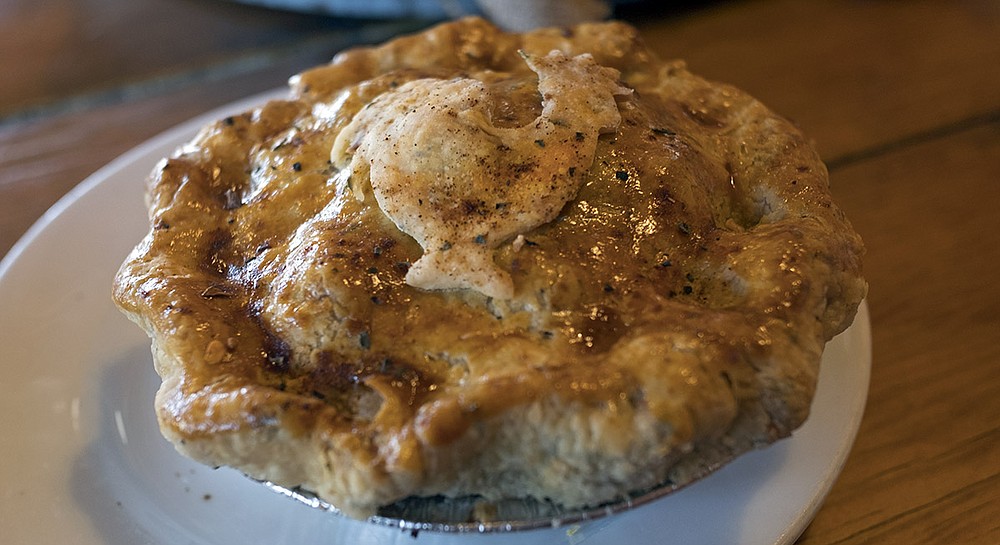 How classic is the pot pie? This style of pastry was common throughout medieval Europe and said to be invented by Roman soldiers. Also, my mom made them for me as a kid, so I think they’re pretty awesome.

I probably picked around the peas and carrots back then, but these days I can enjoy them. Especially when they’re in such a thick, sage-forward gravy. Between the chunks of white meat chicken and crunchy, gravy-soaked crust, I blissed out before I even got to dessert.

There are simply too many dessert pies to mention, though I will say I came close to choosing either the cookie dough pie or strawberry rhubarb. Then I got a look at the Mississippi Mud. Here’s how it’s described: “Chocolate shortbread…filled with Belgian chocolate pudding, house-made marshmallow, brownie chunks, butterscotch swirls, and finished with two kinds of chocolate drizzle!”

It looks even more decadent and delicious than that sounds, so I added $6.50 to the bill for the pure indulgence. Those chunks and swirls and marshmallows delivered one texture after another, one sweetness after another. Given the sugar-high potential we’re looking at here, it’s little wonder mom never baked anything this rich for eight-year-old me.

No love for the bland but enduring Chicken Pie Shop?

Only bc it's not as pie-centric as it sounds.

Bland but enduring - pretty much nails it. But the family still enjoys it occasionally, and even though there's other stuff on the menu and a dining room, it's never been anything other than three pie dinners to go...