Third on a list of Del Mar’s priciest offerings 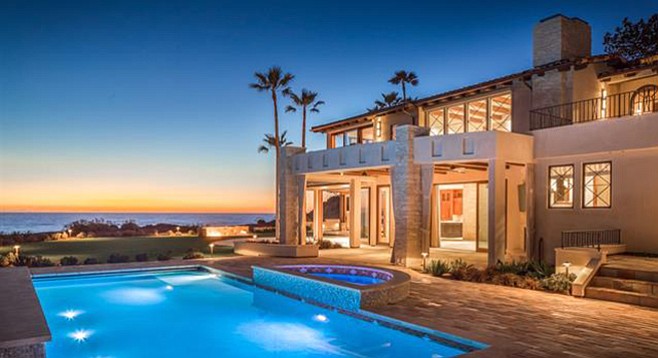 The bluff-top estate at 100 Stratford Court in Del Mar offers prospective buyers nearly 6000 square feet of living area in a just-completed “coastal Mediterranean masterpiece privately situated on the bluff and nestled among the protected beauty of the Torrey Pines State Reserve.” 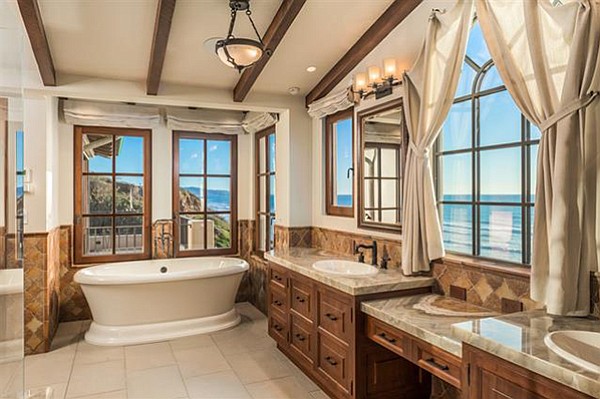 Sited on what listing materials state is the southernmost waterfront lot in all of Del Mar, “this gated compound offers complete seclusion and privacy that is unmatched anywhere throughout Southern California” along with “the most amazing views of the Pacific Ocean.” 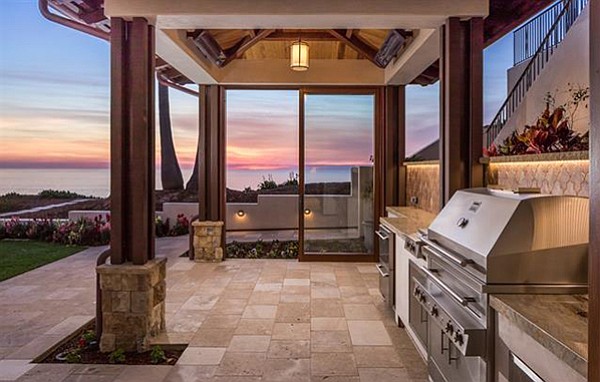 Living and patio spaces are “complemented by numerous windows, lift and slide doors, and terraces that seamlessly blend indoor/outdoor living and capture dramatic, sweeping views of the coastline,” while “lavish amenities and finishes” found within include materials such as marble, onyx, limestone, granite, Venetian plaster, walnut flooring and cabinetry, and exposed Douglas fir beams. There’s also a Lutron computerized lighting system and radiant floor heating that extends throughout the kitchen, dining room, and onto the outdoor patio. 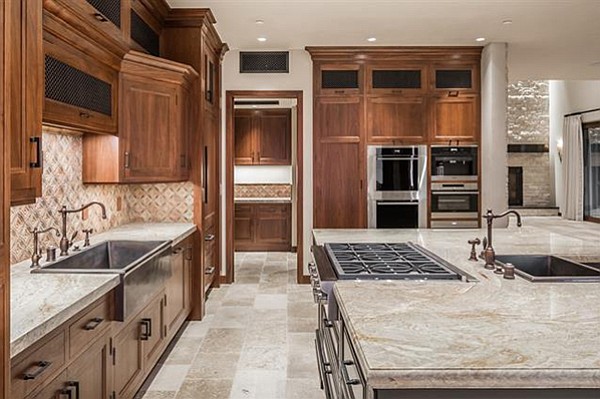 The master suite, one of four en-suite bedrooms contained within the home’s three stories (accessible by elevator), “features his and her separate vanity and toilet areas with heated seats and bidet functions,” along with a walk-in closet with pre-installed jewelry safe, second washer and dryer, clothes drying racks, and a refrigerator. The entire private owners’ retreat was designed to feature “sweeping unobstructed views to La Jolla, even the shower glass has been selected so as not to distort your views.” 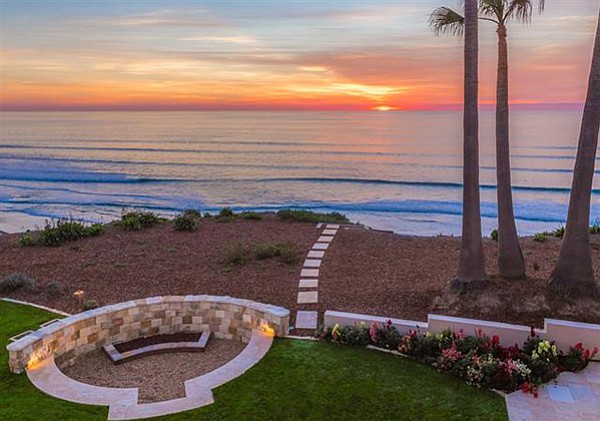 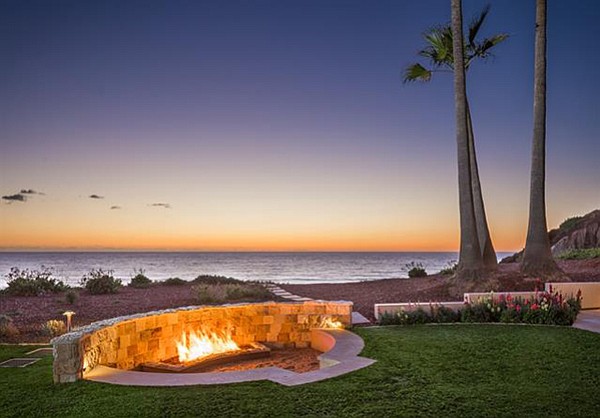 The southernmost waterfront lot in all of Del Mar

Outside, the 1.1-acre lot comprises “beautifully landscaped resort-style grounds” along with a saltwater pool and spa, outdoor kitchen with built-in barbecue and cabana, a large ocean-facing gas fire pit, and a separate pool bath with shower.

The Stratford estate, listing materials promise, “is the pinnacle of splendor and luxury,” inviting buyers to “discover the perfection of living at the water’s edge.”

Public records indicate the current owner of the home is David Batchelder, the retired cofounder of Relational Investors, a firm that “now manages over $6.5 billion for some of the largest pension funds in the world,” according to a bio provided by CSU San Marcos, where he has presented to MBA candidates.

Batchelder has another property that was featured in “Unreal Estate” in June 2015 — a 720-acre ranch in Santa Ysabel featuring a 650,000-gallon pool, paintball field, and go-kart track. After failing to fetch its $17.5 million asking price after a year on the market, a portion of that property was re-listed with two separate 80-acre parcels, each still available and carrying asking prices of $2.3 and $2.9 million.

Stratford, meanwhile, hit the open market for the first time in early March. The asking price of $29 million is good for third on a list of Del Mar’s priciest offerings.

RE: "the most amazing views of the Pacific Ocean." Sounds like typical real estate sales hype. There are numerous homes in CA coastal areas with equally fine views. And you generally overpay for such views (which after awhile become routine).