Adam Gimbel: "Being entertaining that many hours a week is a thankless job." 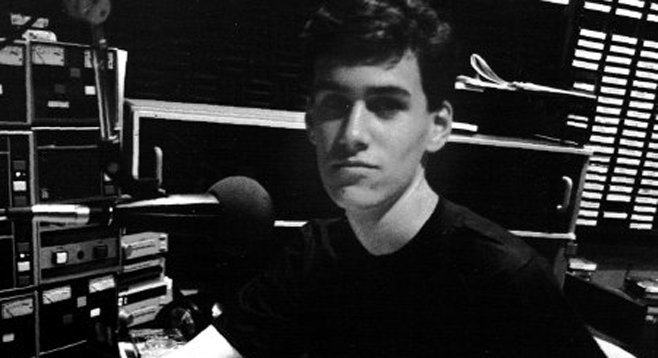 Adam Gimbel is an occasional gunslinger for Rookie Card and a full-time Geezer.

“I’m way biased since I filled in as the Schizophonics’ bassist for a month, but besides being a jaw-dropping live act, their studio recordings are fantastic. Hoping their debut album makes them break out something fierce.”

“The Belly Up is still the best sounding venue in town. A ton of my favorite nights ever on and offstage have been spent there.”

Do you have a favorite studio that you like to use?

What is your favorite piece of gear?

“In Geezer, we’ve been using kazoos as a joke for years. But recently for The Office’s [3936 30th Street, North Park] Oingo Boingo Under Cover Halloween show, every horn player on earth was unavailable and I finally broke out an electric kazoo I’d bought years ago. Basically a custom fit mic for a cheap plastic kazoo, it sounded amazing through the PA and saved the day.”

Where is your favorite place to buy gear?

“Stuck after missing my train in Los Angeles, I visited nearby Caveman Vintage in Los Angeles. Relocated from Detroit by the Von Bondies’ singer’s brother, it’s full of all things cool, weird, and old. Several San Diego acts have played there, and the owner came down to the Bali Hai to get married a couple of years ago.”

Do you have a favorite local radio station?

“100.7 KFMB-FM is a shockingly great mix of hits. When it first started, my friends and I couldn’t stop sharing tales on Facebook of hearing great songs back to back. The Who’s ‘Eminence Front’ right into ‘(Don’t Fear) The Reaper’? Yes!”

Do you have a favorite local DJ?

“More and more, local DJs are driving me insane. Being entertaining that many hours a week is a thankless job, but too many unfunny folks think they’re comedians, laughing at their own jokes and volunteering useless information. I find myself saying, ‘Cool story, bro’ at my radio quite often. The rare exception has always been Hilary from 91X. Her weird sense of humor should’ve been market-researched away years ago. Thank God it hasn’t.”

Do you have a favorite local restaurant?

“These days it’s Grand Ole BBQ in North Park. An always incredible soundtrack, a sauce named after Pavement’s ‘Range Life,’ and the best beef I ever done had.”

Favorite lyric you ever came up with?

“Well, you make love like you dance and, honey, you can’t dance.”