I wanted to tear the guitar out of his hands

Greg Douglass wrote “Jungle Love.” Do not play it — or any other Steve Miller song — wrong. 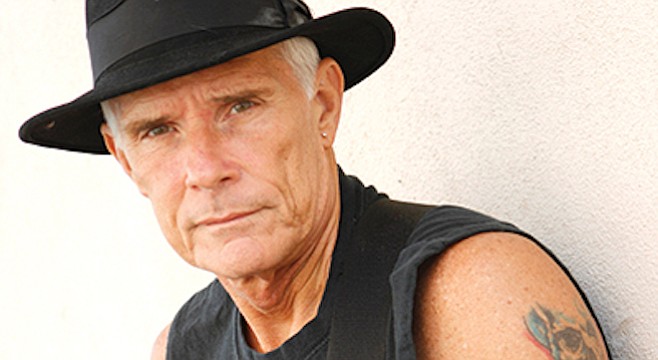 “I’m presently touring with Daring Greatly as the Pompitous of Love, a Steve Miller tribute band, and it’s been musical joy. I love being on Ken Rexrode’s Six String Society shows, where I get to strut my stuff amongst some of the greatest pickers in the universe. Then there’s the talented and sultry Sister Speak, she and I always tear it up when we work together.”

Ever catch a local covering your songs?

“I saw a guitarist at Pala Casino massacre the opening lick to Steve Miller’s ‘Rock’n Me.’ I wanted to tear the guitar out of his hands and scream, ‘No, no, no! That ain’t close.’ If you were in Steve’s band and played that clueless series of notes, he’d call you a teenage moron and then fire you.”

“Lake Hodges, where I live in Escondido. I hiked the area for years before I moved there on a whim. That whim has now lasted 12 years.”

Music shop with the most helpful staffers?

“Dusty’s Guitar [1609 South Coast Highway] in Oceanside. They’ve got all manner of cool stuff stashed away, and they will find that replacement part for your 1964 Fender Jazzmaster. Plus, Richard [“Dusty” Wheeler, owner] and Mike [Silver, music teacher] have all manner of great stories to tell.”