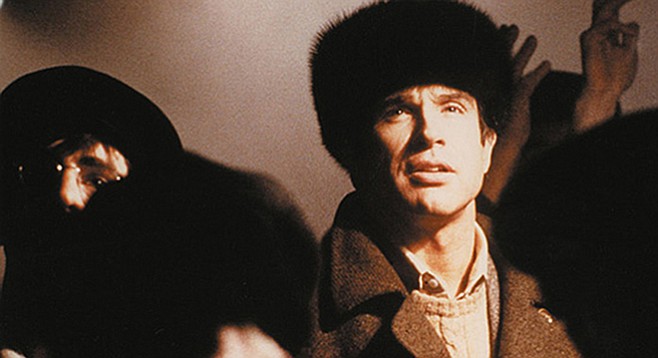 As pressure from Congress grows for greater public understanding of exactly what Russia did to touch off this year’s Best Picture brouhaha, the White House and President Donald J. Trump have today ordered a full review of Soviet hacking during Sunday’s Oscarcast.

Trump tweeted early Monday morning, “By far the largest margin of victory in the popular vote for a film that did not win Best Picture. Sad.” This was followed a few minutes later by, “@LaLaLand loss is FAKE NEWS started by failing Price Waterhouse Cooper & Jim Comey to cover up dangerous and illegal downloads!”

This wasn’t the first time the Red menace succeeded at overturning an award. Ever since that night in 1993 when Commie agitator Jack Palance handed Vanessa Redgrave’s best supporting actress Oscar to Soviet agent Marisa Tomei, it’s been Russia’s desire to influence the Academy’s election system. And Oscar insiders are pinning the blame for Sunday night’s disastercast on the recent bromance sparked by Trump and Putin.

It comes as no great shock that at the center of this year’s controversy stands “presenter” Warren “Reds” Beatty. The moment Bolshevik Beatty realized that the contents of the envelope did not contain the name of this year’s Best Picture winner, he should have coolly given the nod to the Academy flunky who was no doubt standing in the wings in case of just such a fiasco.

But the velvet-tongued actor, known for his ability to talk thousands of women into bed, couldn’t so much as ad-lib a “I think somebody goofed” to save his life.

The Leninist lothario instead made with a few funny faces, fumfked around like he was doing prepared schtick, and then proceeded to quasi-gallantly drop the hot potato in Faye Dunaway’s lap. After spending the afternoon at Bel Air’s Trampoline World having her face re-stretched for the occasion, a spooked Ms. Dunaway was barely capable of muttering the winner’s name.

Very funny how you dredged up now-senile-still-self-involved Warren Beatty's "Reds" past, Scott. I had forgotten how I loved that movie. Very Trumpish comments about Faye Dunaway's appearance, however, and at this writing on International Women's Day (March 8) I have to object. (You have unfortunate company: Duncan Shepherd once unforgivably slammed Simone Signoret for growing old in "Madame Rosa.")