Why are we still dismayed by trophy spouses? 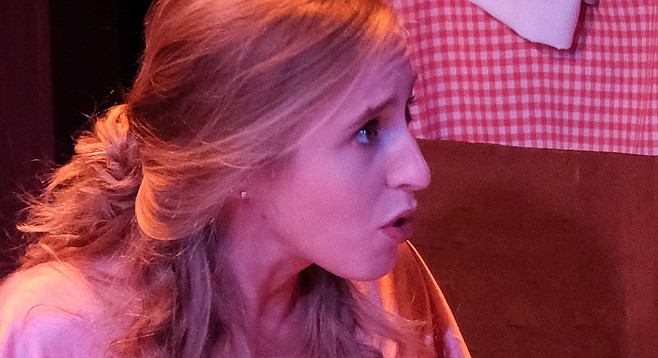 If you’re feeling charitable: Loves and Hours opens with a May-December marriage.

Either way, nobody’s happy about the marriage, except the bride and groom, which reflects a fairly ubiquitous distaste for trophy spouses from just about every sector of the general population. One can’t help but wonder, why, if everyone is aligned against the whole May-December thing, does it remain so common? One might suspect that people would stop doing the thing of which people don’t approve; but people don’t work that way. Instead, May-December relationships enjoy a storied and flourishing history.

Back in the 19th Century, the Oneida Colony of religious misfits would pair young guys up with older ladies, and older guys up with younger girls on purpose as a means of natural birth control. Of course, they got themselves more or less run out of the country and had to go into the silverware business; but it takes some stones to enshrine robbing the cradle in your religious dogma.

Before that, European peers hardly balked at marrying young studs off to dowager duchesses, and pretty princesses off to aging kings.

Now, none of this is meant in defense of old guys marrying much, much, much younger women, but it seems odd to condemn something that nobody intends to stop doing. Other phenomena follow the same pattern: the people who are always texting and driving will readily say how bad it is; we are all totally outraged about sweatshop labor, at least till the next sale at H&M and Keeping Up with the Kardashians has a lowly 2.8/10 rating on IMDB, but thirteen seasons in ten years.

Either we totally lack the strength of our convictions, or people are just inexplicably complicated. The fact that we have developed art, literature, and the theatre in an effort to explain these mysteries suggests it’s the latter.