Fast-ish food of the ramen variety 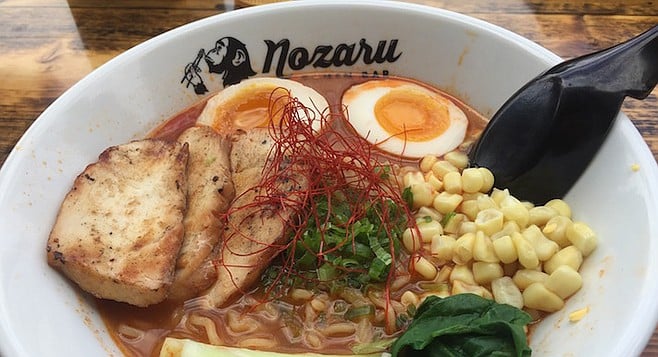 Fast-ish food is so hot right now. Five years ago, a girl had to drive all the way up to Convoy for a decent bowl of ramen, but now you can’t drive a mile through Hillcrest, North Park, downtown, and Little Italy without stumbling on at least two ramen bars. There are two fairly new ones right on Fifth Avenue in Hillcrest and now, the most recent, Nozaru Ramen Bar, has opened its doors half a mile from Tajima on Adams Avenue. 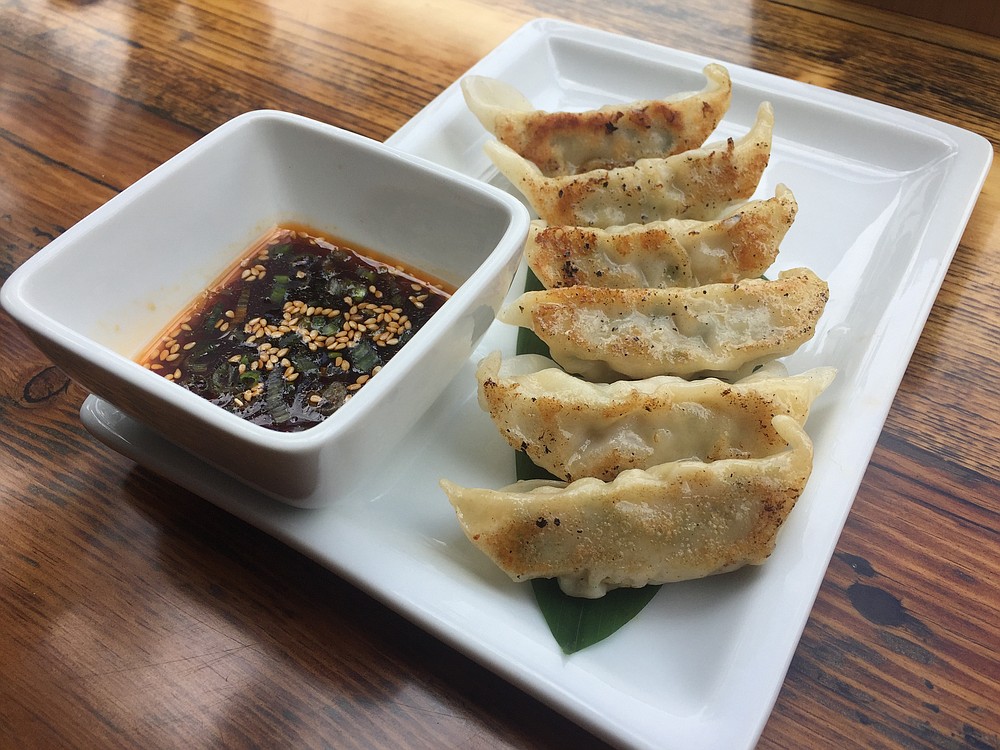 I was disappointed when Burnside closed, as that was the only food option to accompany my cocktails two doors down at Sycamore Den. But I was excited when I learned that this ramen bar was owned by Hiroshi Toukairin, the same guy behind Ototo Sushi Co. I’ve never been inside Ototo, but I’ve been enjoying their sushi a few times a month thanks to Amazon Prime. After experimenting with sushi delivery, this was the only one that held up, with both excellent quality and a reasonable cost (I recommend the Ninja roll, which is also on offer at Nozaru). 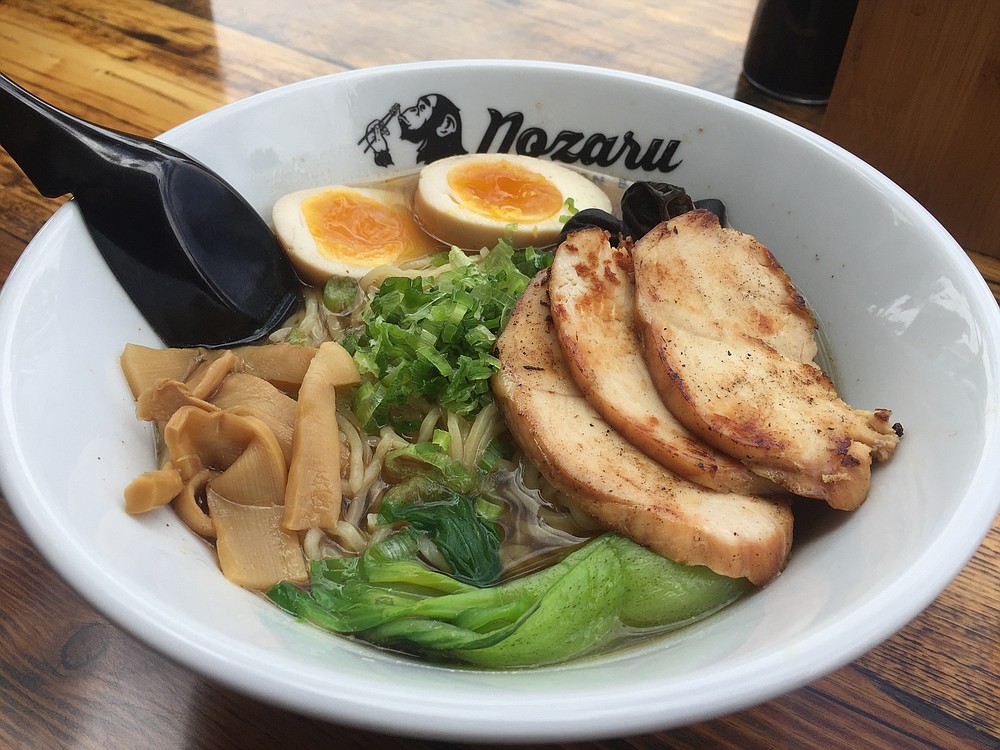 David and I love a good bowl of ramen. Not like your usual, “Yeah, I like noodle soup”, kind of love; our dedication is more like, “Let’s go to Tokyo and taste all the most notable ramen bowls in the city and surrounding suburbs.” One afternoon, we pulled up a stool at the communal table situated right on the sidewalk — the patio extends over the sidewalk, and is separated from foot traffic by a short wall of planters (the restaurant sports the same design and furniture that Burnside installed).

We began with gyoza ($5), six pieces of pan-friend yum accompanied by a complex and mouthwatering ponzu sauce that included royu (sesame chili oil), green onion, sesame seeds, and soy. The dumpling had a nice chewy texture, and the ponzu made a perfect companion to the pork and veggie mixture within.

I like it spicy, so I chose the Angry Ape ramen bowl ($11.50). The chicken broth was made "spicy" (it was a very mild version of spicy) with rayu oil, and the noodles were topped with baby bok choy, egg, chicken chashu, corn, and thin slices of red pepper. The chicken was a little dry, and the noodles a bit too overcooked, but overall it was a quenching bowl of ramen. I made a mental note not to order a bowl with chicken-based broth again, as I prefer the umami of a tonkotsu, or pork broth.

David went for the Tonkotsu Heights ($11.50), which was the pork broth with chicken oil, topped with black mushrooms, eggs, bamboo shoots, and chicken chashu (which he chose, as you can choose either chicken or pork chashu with each bowl). David liked it just fine, though his chicken was also a tad dry, and though he acknowledged the “cleaner” taste to the broth, he found it less flavorful than his current favorite, which can be found at Yakyudori.

All in all, I think we'll be back to Nozaru, mostly to see how their Ninja roll compares to the O.G. version at Ototo.