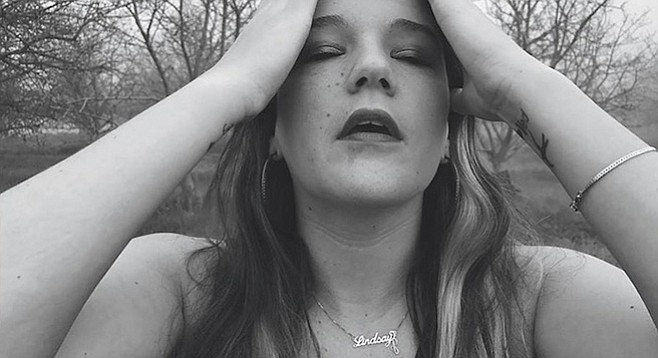 Multicultural dub-rockers Marujah will play their new full-length on June 30 at Del Oro Mine Company. “The title Marujah Rising came to me when I realized I was going to make an album with one of my heroes, John Avila of Oingo Boingo,” says Enrique Madico. “We’ll be touring extensively in support of this album, through the States in September and Mexico in October.” The first single and a video for “¡Fuego!” is streaming online.

Guitarist Wayne Riker spotlights his slide-playing on a new EP dropping this week, Soulfully Sliding. “All the electric slide-guitar melodies, riffs, and solos are played on a Fender Telecaster in standard tuning with a glass slide,” says the SDMA Lifetime Achievement honoree. “Each track features a different musical mood, taking the listener in order from blues, rock, and funk, to swing, gospel, and fusion.” Riker appears at the Museum of Making Music on Saturday, July 8.

The release party for Superunloader’s Twice in Half happens July 8 at Winstons. “We’ll be playing songs off the new album, as well as some old favorites,” says drummer Chad Farran. “We’ve been known to do a few covers as well, from classics such as Hendrix, Zeppelin, and Otis Redding.”

Due July 14, acoustic singer/songwriter Lindsay White’s Lights Out is her first full-length since the Lovebirds split, featuring an anguished looking black-and-white portrait on the cover. “We tried to do a bunch of normal pretty shots, but my face looked so sad and tired,” she says. “I ended up choosing this accidental shot because it kind of visually asks, ‘What the hell is happening?’ The whole album centers around loss; it’s me trying to figure that question out.” She’ll promote the LP with a solo West Coast tour running through August.

The sixth release from Mike Pinto, Hotel Rendezvous, debuts July 14 at the Belly Up, with a single available for “Let You Go.” “The release party will feature Roger Rivas of the Aggrolites, who’s featured often on this record,” says Pinto. “It’ll also feature a three-piece horn section.”

Jazz flutist Lori Bell will premiere her tenth studio album Blue(s) at Dizzy’s on July 15, with backup from drummer Duncan Moore and percussionist Tommy Aros. Kathryn Cloward’s July 16 release party at the Belly Up for her two new full-lengths, Ripple Love and Secret Keeper, also serves as a fundraiser for Rady Children’s Hospital.