Kingpin to surrender control of mega-millions to be Bahamas envoy 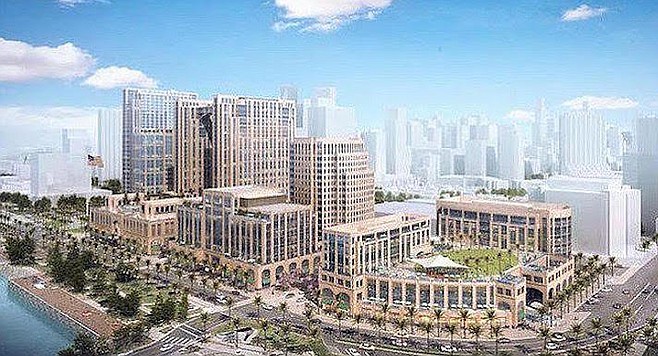 Douglas Manchester is prepared to surrender day-to-day control of his real estate and investment empire if ultimately confirmed by the senate as Donald Trump's ambassador to the Bahamas, according to State Department disclosure records posted online by the website AltGov2, providing the public with a first-ever glimpse at the details of the San Diego Republican king-pin's byzantine financial operation. 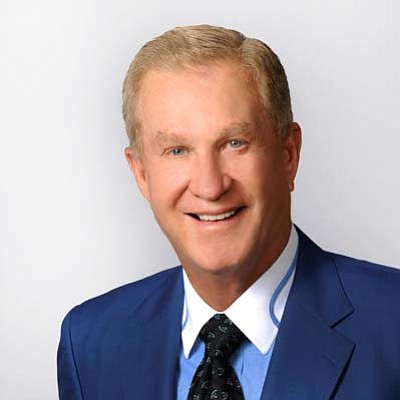 Manchester photo from his website. "I will receive only passive investment income.”

“I am the sole owner of the Manchester Financial Group, L.P., which is a firm with a number of employees,” writes the La Jolla-based developer and ex-Union-Tribune publisher in a March 30 letter to Katherine McManus, the State Department’s deputy legal adviser and Designated Agency Ethics Official. 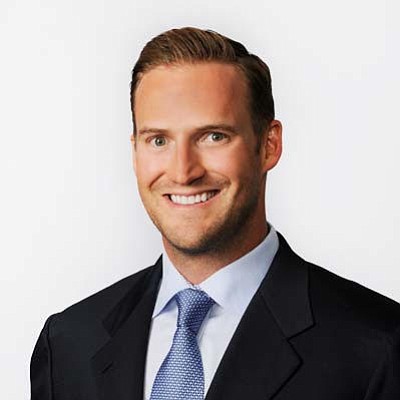 The developer’s son, also named Douglas, led a mission to China for Manchester hotel project in Texas but was unsuccessful. 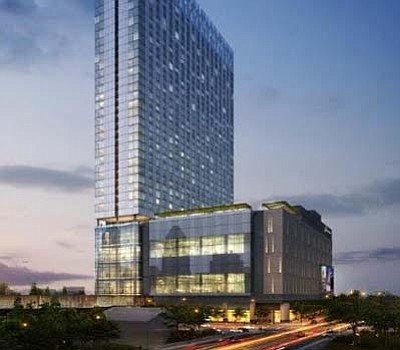 Adds the document, “Upon confirmation, I will resign my position with the firm. Although I will remain the sole owner of the firm, I will not provide services material to the production of income. Instead, I will receive only passive investment income from it.”

Pledges Manchester, “As ambassador, I will not participate personally and substantially in any particular matter that has a direct and predictable effect on the financial interests of this entity or any of its holdings, unless I first obtain a written waiver.”

“In addition, upon confirmation, I will resign from my positions as manager of 101 MPG, LLC; MLIM Holdings, LLC, and Manchester Texas Financial Group LLC.

Regarding two big public companies in which he says has an interest, Manchester writes, “I will divest my interests in Brookfield Asset Management and the Walt Disney, Co. within 90 days of my confirmation.”

Manchester’s disclosure values each of the two holdings between $500,000 and $1 million. “I understand that I will not be eligible for a certificate of divestiture for these assets, inasmuch as they are held by the Manchester Financial Group, L.P. through US Investment Account #1.”

Other Manchester equity holdings in the same range include Apple, Exxon Mobil, Wal-Mart, Ford, and Pfizer.

“I understand that a heightened prospect of a conflict of interest could exist as to companies that maintain a presence in the Commonwealth of the Bahamas, because they may be more likely than other companies to seek official assistance from or make other contact with the embassy. I will remain alert to the possible need for recusal where appropriate.”

But there are limits to what the La Jolla mega-millionaire is willing to give up.

“I will retain my position as a trustee of my revocable trust,” says the statement, adding, “I will retain the rights to direct the investment activities of my US Investment Account #1 for my own benefit and to manage my personal residence.”

There are other exceptions, including unspecified roles Manchester says he has at several of the firms where he has vowed to surrender control.

“I will retain my unpaid positions with M Resorts, Inc., M Investments, LLC, Manchester Lyford Ltd, and Summit Apogee Investments, LLC. I am the sole owner of these entities, which I use to manage some of my personal assets.”

A 14-page public financial disclosure report, reviewed May 18 by state department ethics officials, lists sizable assets and income from a host of ventures, including $4,628,000 in income from 101 MPG LLC, a partnership said to have an asset value of between $5 million and $25 million.

Other high-dollar income sources on the list include Geopark, Ltd, a Chilean oil company from which Manchester reaped more than $5 million in capital gains on a position worth between $5 million and $25 million.

Don Bauder reported in June of last year that the firm had been hit with a series of complaints from the Chilean government regarding fracking without a permit.

A partnership known as Manchester Financial, NC, said to be worth from $5 million to $25 million, produced $3,882,000, according to the disclosure, which described the venture as a “retail and office development located in North Carolina.”

$5 million to $25 million of stock in Chicago-based tronc, Inc, received as part of the proceeds of Manchester’s May 2015 sale of the Union-Tribune, to tronc predecessor Tribune Publishing, produced dividends valued in the range of $100,000 to $1 million.

Other sizable Manchester holdings in asset value have produced little or no income, the report shows.

Topping the list is Manchester Pacific Gateway, otherwise known as the Navy Broadway Complex, the controversial bayside development in downtown San Diego that Manchester is still seeking investors for. The disclosure says his stake in the project is worth between $5 million to $25 million.

That undertaking, in conjunction with the Navy, is likely to be closely scrutinized during Manchester’s ambassadorial hearings, with special attention reserved for the possibility that Chinese capital may ultimately bankroll the project.

The wealthy developer’s promise to give up control of the deal during its crucial start-up and funding phase may also cause skeptics to wonder who would step in to lead the company.

The younger Manchester, who heads the Manchester Texas Financial Group, was unsuccessful, and the hotel was subsequently backed by Santa Monica billionaire Thomas Barrack, Jr., like the elder Manchester a key financial backer of Trump’s successful 2016 presidential election bid.

So if Doug Sr. is the sole owner and/or chair of all these shell companies and he "resigns," how the hell will they function? Large corporations have the infrastructure and board of directors to coast on autopilot with no mergers, acquisitions, or other major business changes until a new CEO comes on board. If it's just Manchester and various minions in outside accounting firms, it's not possible to believe he can hold these entities at arm's length even if he wanted to.

But then again, he's being appointed by Trump, who is the worst serial abuser of the Emoluments Clause in U.S. history. Any mischief Dougie can do is nothing next to Donnie's malfeasance.

We're living in the 19th century again, in terms of corruption, income disparity, lack of oversight, lack of democratic process with regards to how governments interact with corporations. Or is it even worse, due to the complexities of globalization?

If he gives up control, is it possible the Navy Broadway Complex could get a totally new design? Were the plans purchased at Sears? It's butt-ugly, and looks more like a utilitarian state capitol building complex. A project of this scope deserves a world-class architectural firm.