All about those buns 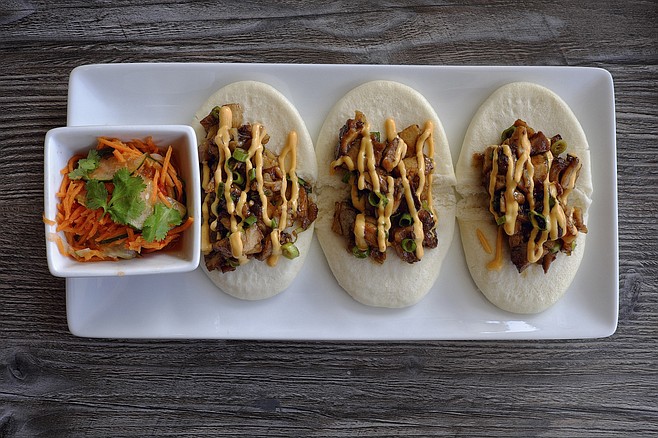 La Mesa’s downtown strip has been raising eyebrows as an aspiring food and drink district lately. The fast-casual BLVD Noodles is among the more recent arrivals, touting a menu of pan-Asian appetizers, ramen (the first in the area) developed with consultation from a chef at the celebrated Rakiraki Ramen & Tsukemen, and a compelling sake selection, including the only nitro sake tap in town. 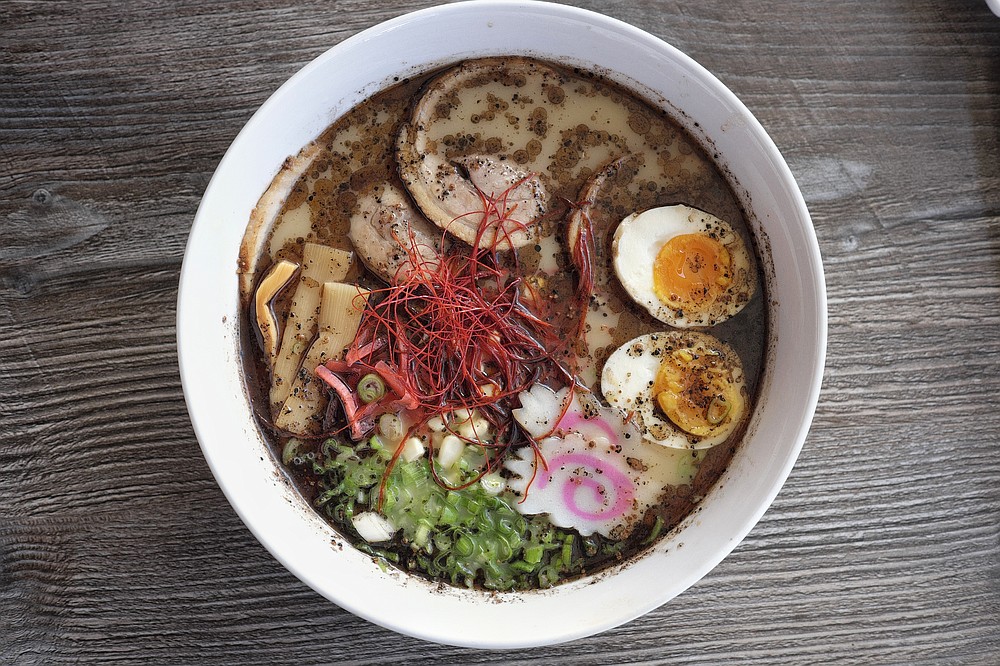 First, the sake flight ($7) – a trio of 1.5oz sippers including a champagne-like Mio sparkling sake, a viscous and milky Ozecki Nigori, and a shot of nitro Bushido, which offers an interesting interplay of flatness and mild tartness. 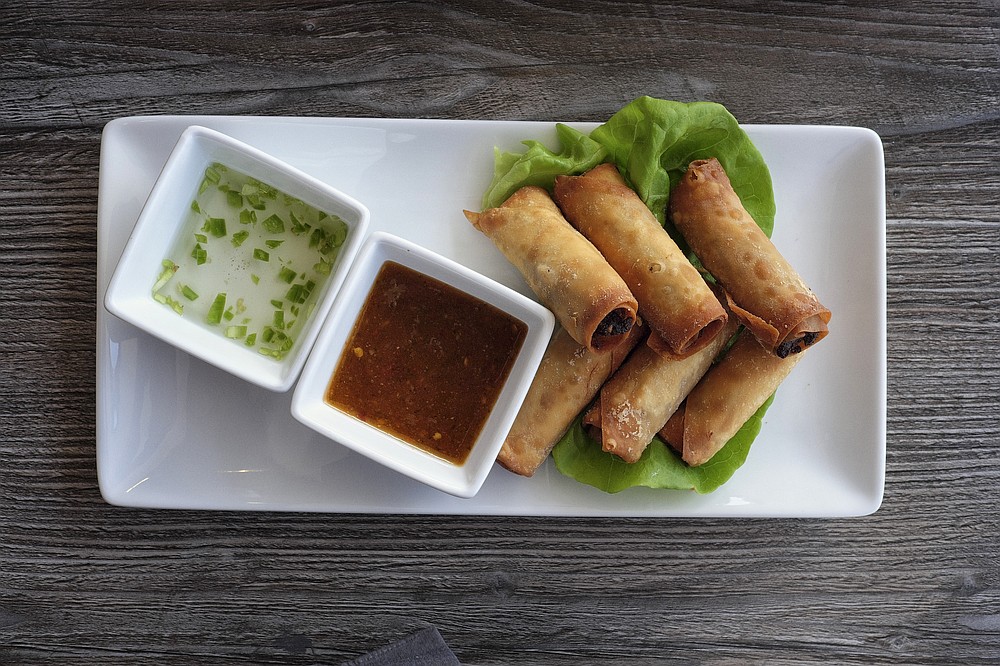 Happy hour lumpia plates go for $3 and are worth every penny.

Happy hour small plates are half off, dropping a six-piece lumpia app to just three bucks. The dough is soft but retains its crunch over juicy, savory beef ground with bits of carrot. The meat filling is packed with seasoning and enhanced by both the tangy sweet chili sauce and the zesty vinegar with chopped chilis. 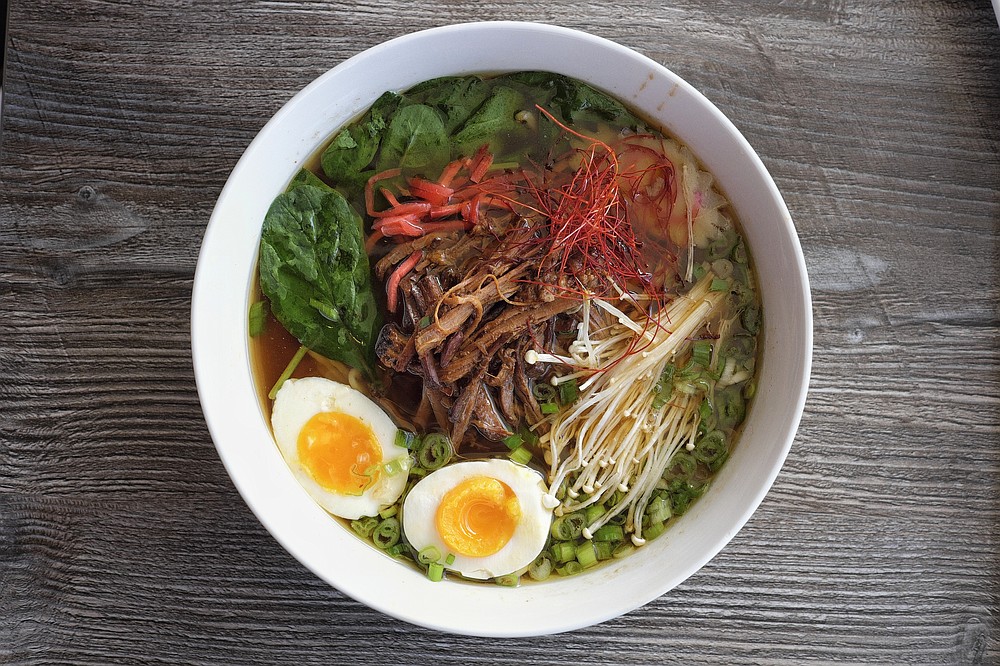 New menu item the MESA Bowl starts off promising but proves to be too sweet for my taste in ramen.

Even better is the Bao Bun Tacos (three for $3.50/happy hour). A warm, pillowy bun hugs tender, fatty chunks of Cha-siu roasted pork, which are rounded out with an acidic cucumber carrot slaw. This is the high point of the meal, which isn’t to say the ramen was bad — it wasn’t. The BLVD Bowl ($12) finds unbelievably soft slices of Cha-siu pork over a silky, almost ashen tonkotsu broth that sings of bright ginger and deep black garlic oil. The newly-added MESA Bowl fails to keep up, however, as its braised brisket comes out tough and thick with teriyaki, which takes on a cloying caramel profile in the ginger onion oil broth. I couldn’t finish this dish. 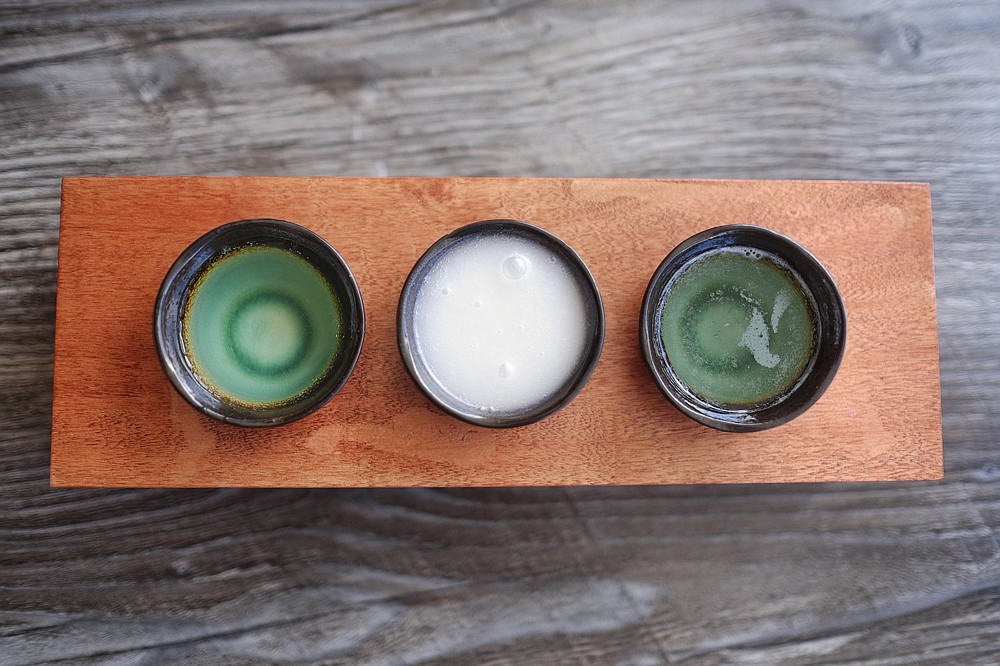 The service was downright oblivious (it took no less than three trips to the counter and nearly an hour before any food arrived; my order was not even entered into the system, twice), leaving an even worse taste in my mouth.

All told, BLVD Noodles may become recommendable for their sake menu, happy hour appetizers, and select ramen bowls when the front of the house learns how to keep up with the back. The kitchen, for its part, still needs to prove itself as a praiseworthy ramen house, not just consult with one.