"I have always felt it had bad juju!" 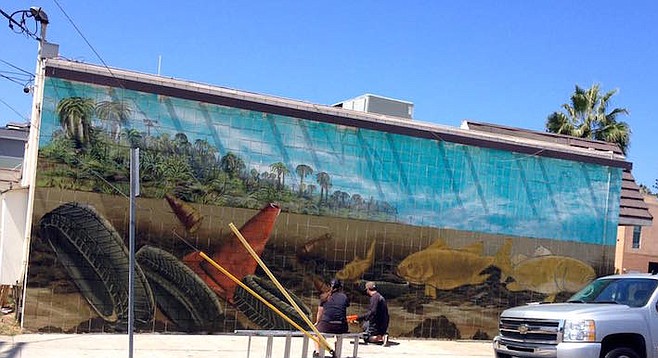 "Wow, all that hard work for nothing," said San Diego artist Brian Hebets when he heard that his prominent public mural in Imperial Beach had been painted over into a blank wall. "I heard it was receiving negative vibes down there and it was only a matter of time before this would happen." 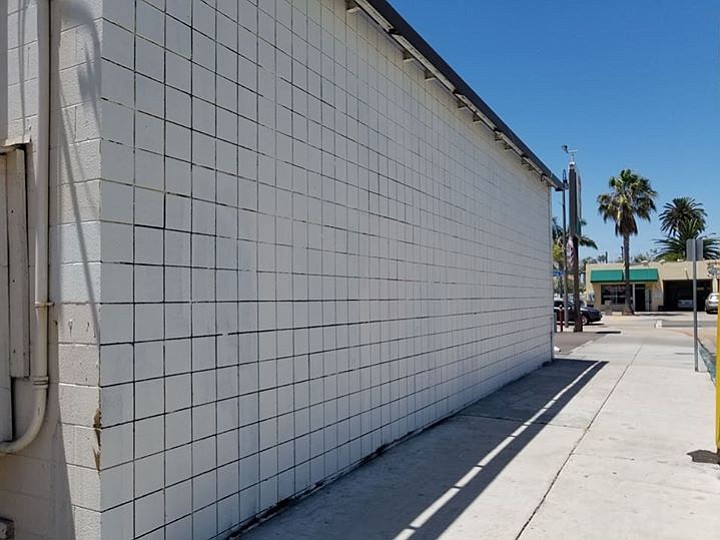 "It's sad to see such a beautiful and impactful piece of art be painted over."

The mural's depiction of trash in the ocean led to complaints and ultimately to its removal from the side of a convenience store at 197 Palm Ave.

"We painted over the mural to create an opportunity to create a new one," said 7-Eleven spokesperson Dea Pennington. 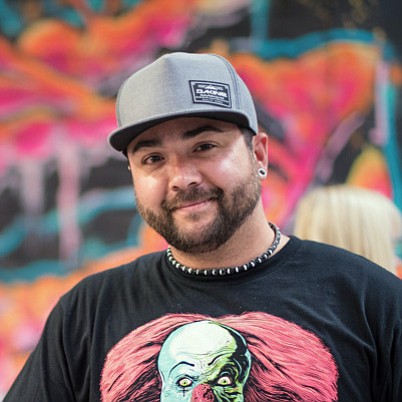 Brian Hebets: "I heard it was receiving negative vibes down there."

Customer complaints and requests from city officials were the factors in the decision by the franchise owner of the 7-Eleven, Harjinder Singh, to pay to have it painted over, he said.

"A lot of people say they are tired of looking at the same trash," he said of the customer complaints.

"The mayor [Serge Dedina] loved it, that's why we kept it so long, but about the month ago the mayor said please take it off, we're getting a lot of complaints," said Singh. Dedina serves also as executive director of the Wildcoast environmental organization. 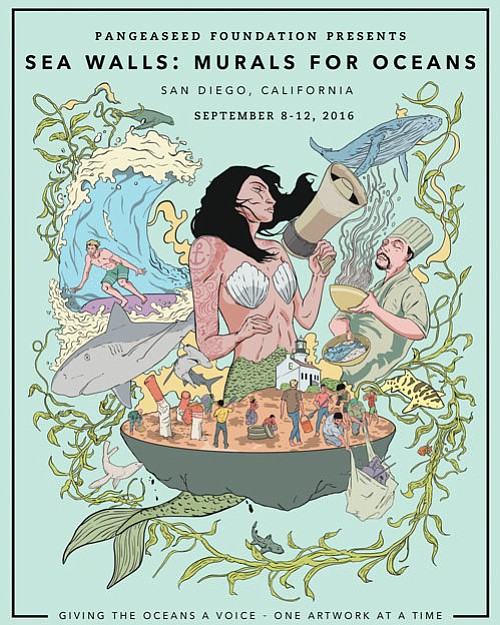 It was part of the Sea Walls: Murals for Oceans project.

City Manager Andy Hall said, "I don't know anything about the old mural, its removal, or if it will be replaced. The city has not been contacted for any part of the process. Provided it is not advertising, painting a building is not regulated in Imperial Beach."

Hall added that before the mural the blank wall had attracted a graffiti problem.

Hebets created the mural last September depicting a seascape with fish, an island, and in the lower left hand quadrant, some tires and other debris. It was part of the Sea Walls: Murals for Oceans project by the PangeaSeed Foundation in collaboration with the Surfrider Foundation, Cohort Collective and Kaaboo Del Mar.

"It's sad to see such a beautiful and impactful piece of art be painted over," said Surfrider chapter coordinator Caroline Canter. "Surfrider hopes that, despite its short lifetime, the artwork got the community thinking."

“It is unfortunate that the mural got painted over as we weren't pointing any fingers at the community of Imperial Beach, but shining a spotlight on an issue that plagues coastal communities around the globe,” PangeaSeed’s Akira Biondo said. “We believe that Brian visualized the issue in a compelling and powerful manner, that provokes dialogue and positive change.”

According to Hebets, 7-Eleven contacted him about the complaints.

"We discussed the options on saving the mural. Painting over the bottom half, adding more fish and even a whole new mural etc. etc. Options were presented but this was their decision.

"Since the mural was done as a donation through Surfrider foundation and Pangeaseed, they wanted the additional changes to be free as well... As a full time artist, I don't work for free, which unfortunately led to this. Another ugly ass blank wall in San Diego.”

Local reaction to the whitewash of the mural has been mixed.

"I have lived in the South Bay since 1964 and the Tijuana sewage issue is not a new phenomena," said Mitchell McKay, "but the painting brought the issue to the forefront for many newer residents and visitors. It served its purpose — to incite conversation and maybe even some public involvement in the issue."

"I am very sad that it was painted over. Also sad for the artist who did it," said Rory Townsley on social media. "Painting over the truth, trying to cover and hide the truth. That is how I see it. Now it is a ugly plain wall."

"Glad to see that junk gone," said Danielle Synnett. "It was hideous."

"I know it's art," said Jamie Holland, "but I have always felt it had bad juju!"

7-Eleven's Pennington said the corporation was exploring crowdsourcing and other community participation in order to create a new mural for the location. The artist said he's ready.

Replace the mural with one that shows the people of the community in the process of cleaning up the beach. That would promote a proactive response and show others that this is a community that respects its natural resources.