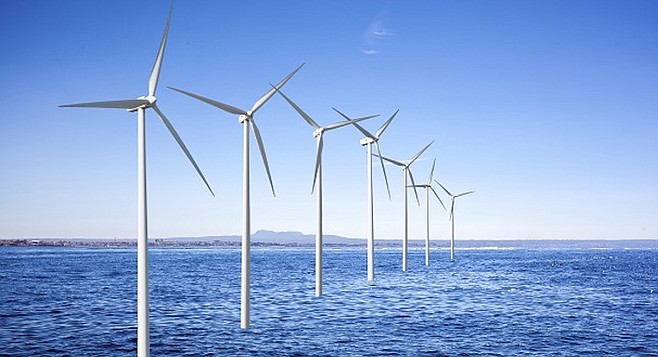 The Sustainable Energy Advisory Board is discussing community choice aggregation today. It’s a hot topic revolving around greenhouse gas emissions and whether to stay with SDG&E or create a new local government agency tasked with purchasing energy and setting utility rates. SDG&E would still deliver the electricity and send out the bills which would include charges for the city-bought energy, SDG&E’s transmission services, and a fee for no longer buying energy from SDG&E. 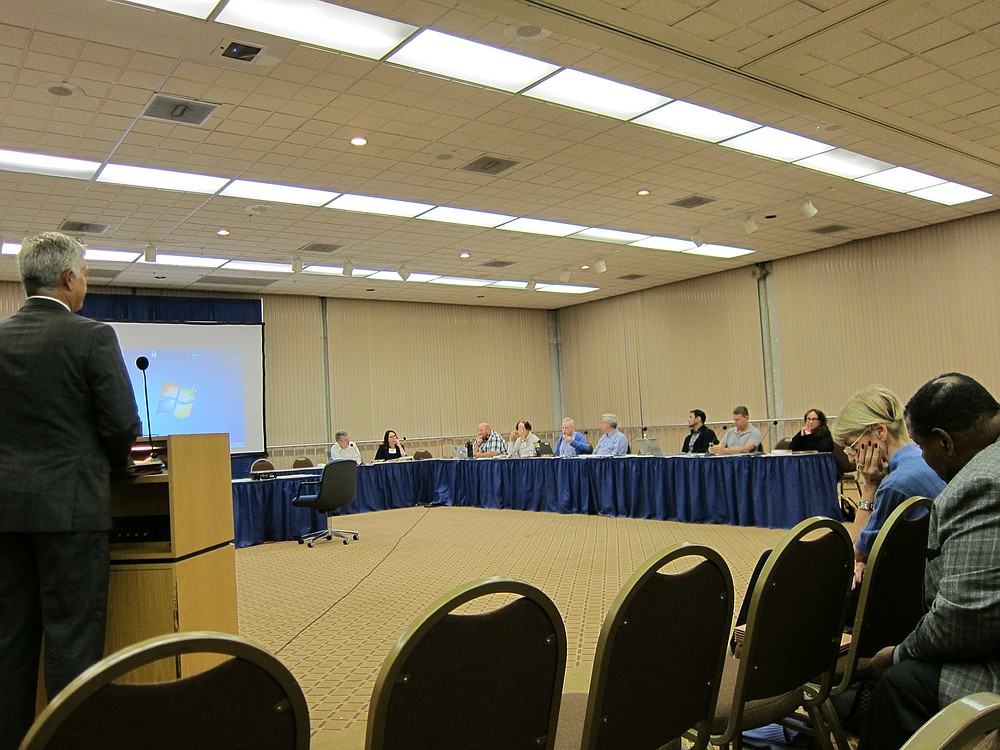 The advisory board responsible for advising the city council and mayor on energy policy was established in 1981 as the Energy Advisory Board in response to the oil crisis sparked by the Iranian Revolution— it was redubbed to its current moniker in 2003. 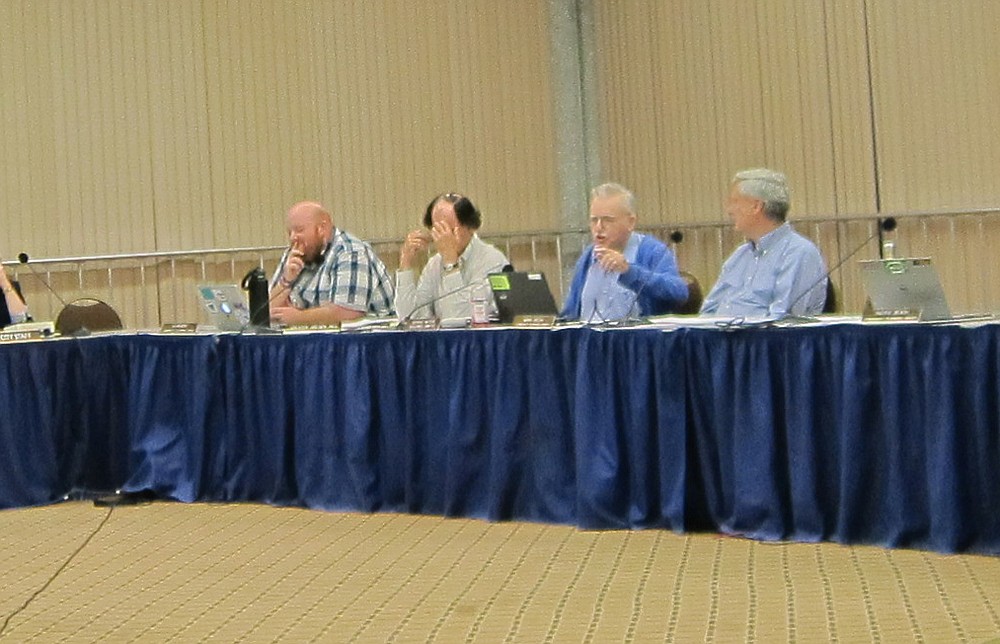 The representative from the Southeast planning group said, “I’ll be damned if anyone’s going to tell me what to do with my power."

Current members appointed by the mayor include SDG&E special counsel, a public policy consultant, a labor organizer, a building industry professional, a Chamber of Commerce member, the CEO of a firm that advocates for clean technology, a solar industry advocate, construction industry professional, and an associate for the California Center for Sustainable Energy. This non-profit has been deep in the trenches with the city to move along a slow-going community choice feasibility study. The current chair is a former pharmaceutical executive.

On May 23, Francisco Urtasun talked to the community planners committee, a group made up of representatives from different local planning groups. Urtasun is regional vice president of Sempra Services, a new division of Sempra Energy, the parent company of SDG&E.

The back and forth was lively and a bit heated at times. The agenda item slated for 15 minutes went on for close to an hour.

Urtasun said more than once that he wasn’t with SDG&E explaining that utility companies aren’t allowed to advocate against community choice. He said a law was passed after a “firefight” between Pacific Gas & Electric and Marin County when they formed a community choice aggregate in 2010. The way around this for SDG&E was to form Urtasun’s new division with shareholder and not ratepayer funds in 2016. He made it clear he wasn’t lobbying against community choice but instead wanted to be part of what he described has been a very one-sided conversation full of misinformation.

His main points of contention are that choice already exists with SDG&E as 130,000 residential customers have chosen to go solar and countless commercial customers have gone direct access. According to SDG&E’s website, customers can opt for 100-percent renewable energy now if they choose.

His other beef was that community choice programs can muddy the waters with renewable energy portfolios that don’t lead to the kind of greenhouse gas emission reductions that new renewable projects produce. He explained that community choice programs use renewable energy certificates (commodities traded on the open market) that are then laid over natural gas or coal “and it counts as green.”

The main reason mentioned for choosing community choice was the city’s climate action plan goal to reach 100-percent renewable energy citywide by 2035. The main argument in favor was access to more renewable energy with the added benefit of lower rates.

The 2015 assessment ran some numbers that came up with a possible five percent savings over SDG&E rates with a similar SDG&E renewable energy portfolio. Because of the exit fee, the city won’t be able to offer community choice to everyone and also keep rates competitive during the first three years.

More concrete information should be forthcoming when the feasibility study is released. According to the advisory board May meeting minutes, it should go before the board late summer.

Dr. Aaron Day spoke of his concern about the disconnect of Sempra promising to reduce greenhouse gas emissions by 2035 while currently signing 20-year contracts for new natural gas plants.

The representative from the Southeast planning group said, “I’ll be damned if anyone’s going to tell me what to do with my power. If you want me to be like a real fool and spend more money so I can get an electric car and not buy any power from him [Urtasun]. But he has his virtues, he has engineers who know what the hell they’re doing.”

The representative from Uptown said even though solar has been heavily pushed, it’s still only a tiny percentage of the energy produced. “We talk about the horrors of natural gas. It’s 60 percent of the energy in California.” He said offshore wind turbines produce more energy than solar but joked, “Now I know Joe over here from La Jolla, you’re going to go before the La Jolla planning group and say ‘we want the offshore wind turbines all along the beach’. We’ll pick up the pieces of what’s left of you afterwards.”

He then said energy right now is akin to 1960s S&H Green Stamp trading. He said Southern California uses a lot of coal. “Many people may not realize that at night in Los Angeles, the majority of the energy is from coal. If you have an electric car, you got a coal mobile.”

The Scripps/Miramar representative cut to the chase when he called the whole debate “completely fraudulent” because neither Sempra nor community choice produces energy.

When the community choice decision finally goes before the city council, how that vote will go can be gleaned from a few factors. One being a 2014 vote to oppose a proposed bill meant to hinder community choice. The 2014 vote went along party lines with Democrats voting to oppose the bill. Sempra lobbied in support of the dead-on-arrival bill that wanted to kill automatic opt-in for community choice.

As far as the four current councilmembers that weren’t there for that 2014 vote — Democrat Chris Ward is likely for community choice as he took part in a community choice forum in May. Democrat Georgette Gomez is likely pro-choice since before being sworn into office, she was an associate with the Environmental Health Coalition.

So what does all of this mean? Do we want to clip SDG&E's wings some? Are they overstepping to protect their position and profit margin? I don't see wind mills off the coast of La Jolla anytime soon because that would drive down property values, the most important thing in Southern California. Except to the vast majority who can't even afford the bottom end of the market.

There are conflicting economic forces at work and that almost always ends up being decided by the Golden Rule, "they with the gold makes da rules". That's SDG&E and the home owners. What does that mean, that the 60-70% of us that do not own property have no voice? That is usually how it works and how we ended up with climate change and the real danger to the coastal property owners whose land will disappear under water if we don't fix it. And what do you want to bet the solutions offered to us will end up with us paying the lion's share of the costs and SDG&E and the home owners will just get more wealthy? I hope I"m wrong. I do believe that SDG&E is not operating like a public utility for the benefit of the rate payers as much as for share holders. I know, fiduciary responsibilities etc., etc., Zow.

That business was set up to benefit the masses and it has been co-opted for the benefit of ownership, even though in theory it is publicly owned. We have some of the highest electricity rates in the U.S. They don't need more money. They need more management to benefit the customers. They've already stuck us with the cost of their nuclear ambitions gone wrong. We need to fix all of that.

Bottom line, this isn't a battle about the production of energy—it's about the transmission; that is, who gets to sell it. Look at it that way and the story starts to make sense.

This is an interesting discussion that has a lot of layers. It needs to be more transparent on both sides.