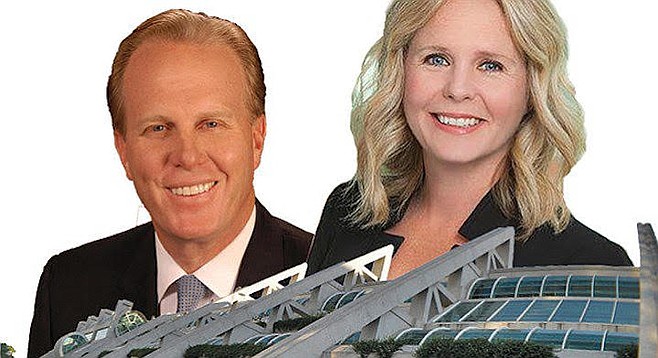 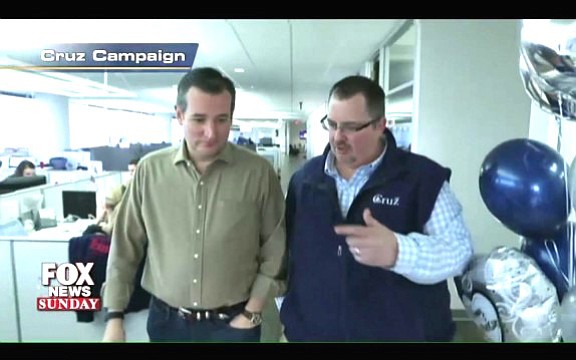 "Puetz has served as Mayor Faulconer’s Chief of Staff since he took office, and led his City Council office in 2013," notes a mayoral news release posted June 15 on the city's website. 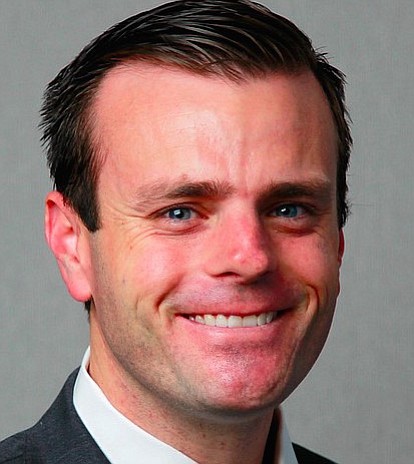 Puetz's role with Faulconer became problematic in the run-up to the city council rejection of the mayor's push for a special November election.

"He ran Faulconer’s successful mayoral campaign in 2014 and the 2012 City Council campaigns of current Councilmembers Mark Kersey and Scott Sherman. Puetz won the 2014 'Campaign Manager of the Year' award from the American Association of Political Consultants. Puetz, a graduate of California State University San Marcos, previously worked for Axiom during the 2010 election cycle. 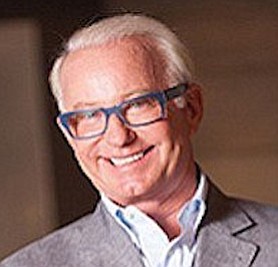 At least one encounter between Faulconer and SoccerCity's Mike Stone was held at Morgan Dean Oliver's dining room in his downtown office complex.

Puetz's role with Faulconer became problematic during the painful run up to this week's politically embarrassing city council rejection of the mayor's push for a $5 million special November election in a gambit to gain voter approval for SoccerCity, the plan to privatize much of the 166-acre publically-owned real estate now occupied by Qualcomm Stadium.

Documents obtained from San Diego State University under the state's public record act showed that Faulconer had been secretly meeting with SoccerCity promoter Mike Stone and his associates since early last year, with at least one encounter hosted by developer and Faulconer donor Morgan Dean Oliver, held in Oliver's posh dining room at his downtown office complex.

"The lunch will be at noon at Oliver McMillan (they have a private dining room and chef in-house). I do not have an agenda and doubt there will be a formal one," emailed Stone aide Tracy L. Houdmann December 22. 2015.

“I consider him a friend and a mentor,” Puetz was quoted by the Union-Tribune as saying of Oliver.

In addition to his high-profile relationship with Faulconer-funder Oliver, campaign disclosure filings showed that while employed as the mayor's chief of staff, Puetz remained financially tied to Faulconer’s reelection campaign,/receiving $1462.74 for “office expenses,” with a $277.66 balance still owed, per a March 2, 2016 disclosure report.

A year-end 2016 filing by the Faulconer campaign showed a debt to Puetz of $2725 in un-itemized "office expenses." In addition, the chief of staff was reimbursed by the campaign $1347 for "airfare to assist No on Prop 57," an ultimately failed effort to defeat Democratic governor Jerry Brown parole reform measure.

Puetz also got $460 for a "staff thank you event — Currant American Brasserie," and $369 for airfare to San Jose on Southwest Airlines for a November 14 "political mtg."

Other payments from the Faulconer campaign to Puetz included a $239 lodging tab from September 15 through September 16 at the Fairmont Newport Beach hotel for a "political mtg." Katherine Stuart, the mayor's wife, was paid $275 to cover lodging at the same hotel on the same dates.

$106 for a September 26 "polit mtg" Puetz had with Faulconer at the Hamilton in Washington DC was also billed to the campaign. A month later, on November 29, Puetz, Faulconer, and five others spent $1149 on another "polit mtg" at Fleming's steakhouse.

Puetz's replacement as the mayor’s chief of staff, Aimee Lepore Faucett, is currently executive vice president of the San Diego Regional Chamber of Commerce and a longtime operative for GOP elected officials.

"The San Diego State graduate previously served as Deputy Chief of Staff for former Mayor Jerry Sanders and as Chief of Staff to then-Councilmember Faulconer and former Councilmember Jim Madaffer, among other positions at City Hall. Aimee currently serves on the Convention Center Board of Directors," notes the mayoral news release.

Unmentioned is Faucett’s prior employment as a lobbyist for waste hauler Republic Services and her role as a key member of the mayor's ill-fated 2015 Chargers stadium task force.

A prodigious Faulconer campaign giver in her own right, Faucett came up with $7000 for Faulconer’s 2013 election fund. Her spouse, real estate man Erik Faucett of Lee & Associates, kicked in $7150, records show. In addition, she gave $1550 to the mayor's 2016 reelection campaign, as well as $550 to the reelection effort of Republican Scott Sherman, a proponent of SoccerCity.