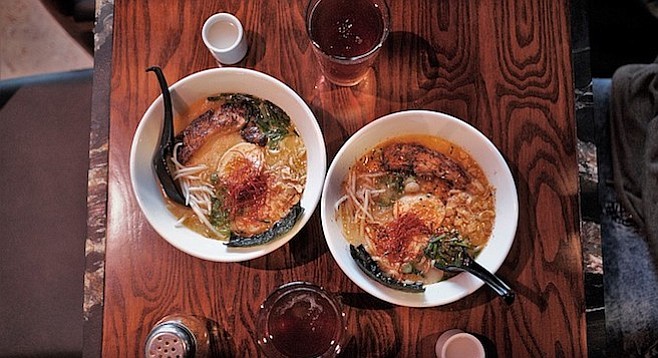 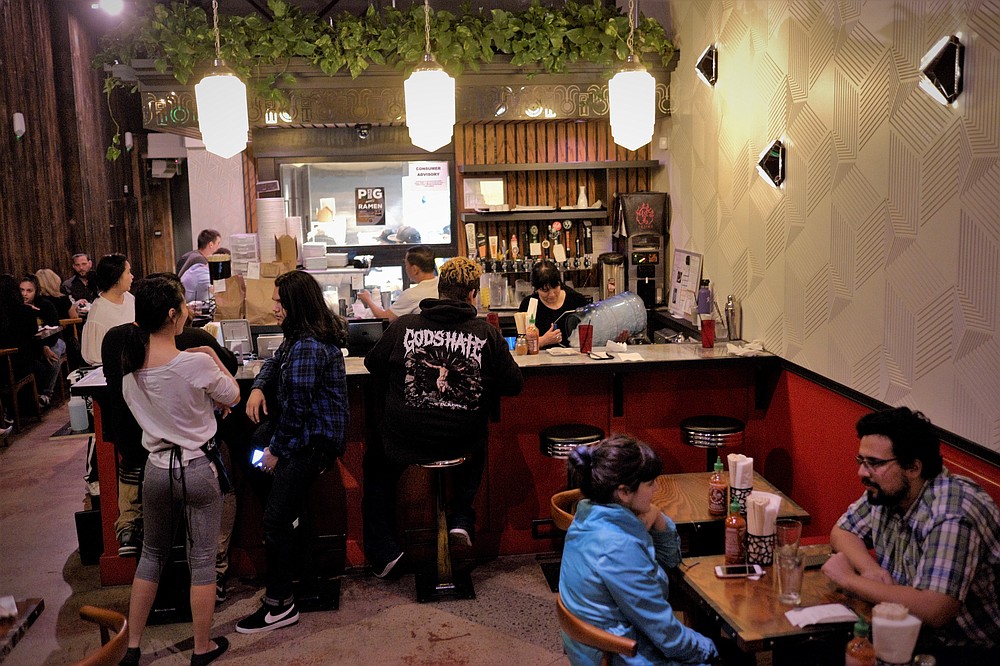 Tajima North Park is the newest addition to this ramen-house chain.

New since his visit, however, is a flash-in-the-pan collaboration between Chef Hanis Cavin of Carnitas’ Snack Shack and chef Sam Morikizono of Tajima running for the month of June at all Tajima locations. At a digestible $10 a bowl, Pig Meets Ramen places a thick cut of Carnitas’ pork belly on top a bowl of Tonkotsu ramen. Dazzled by the news of this fleeting union, I jumped at the opportunity to check out the new North Park location. 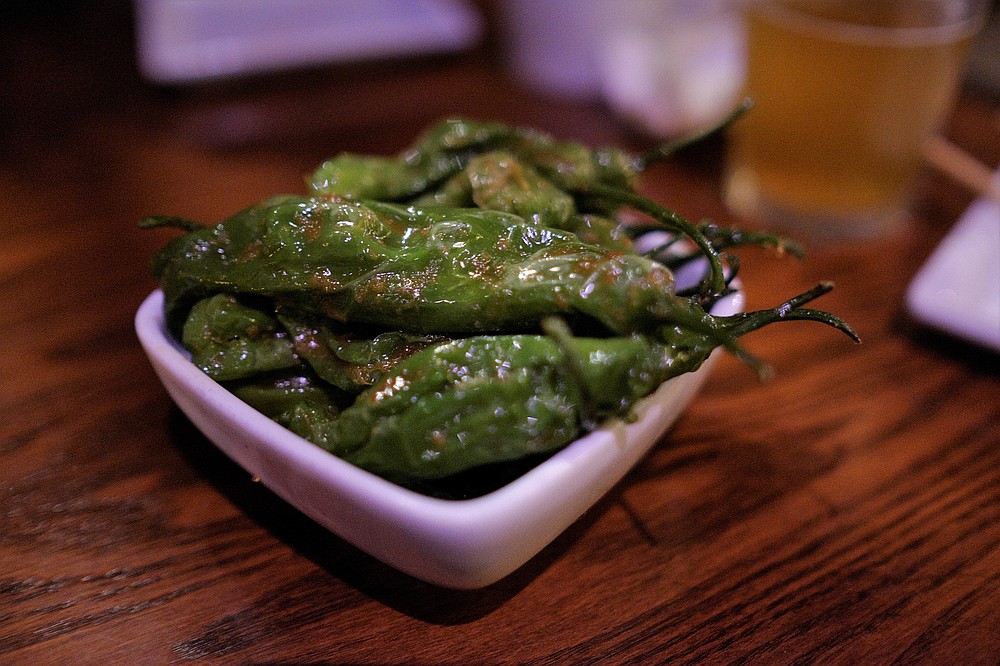 Shishito peppers are roasted to reduce spice slightly and then slathered in garlic paste. 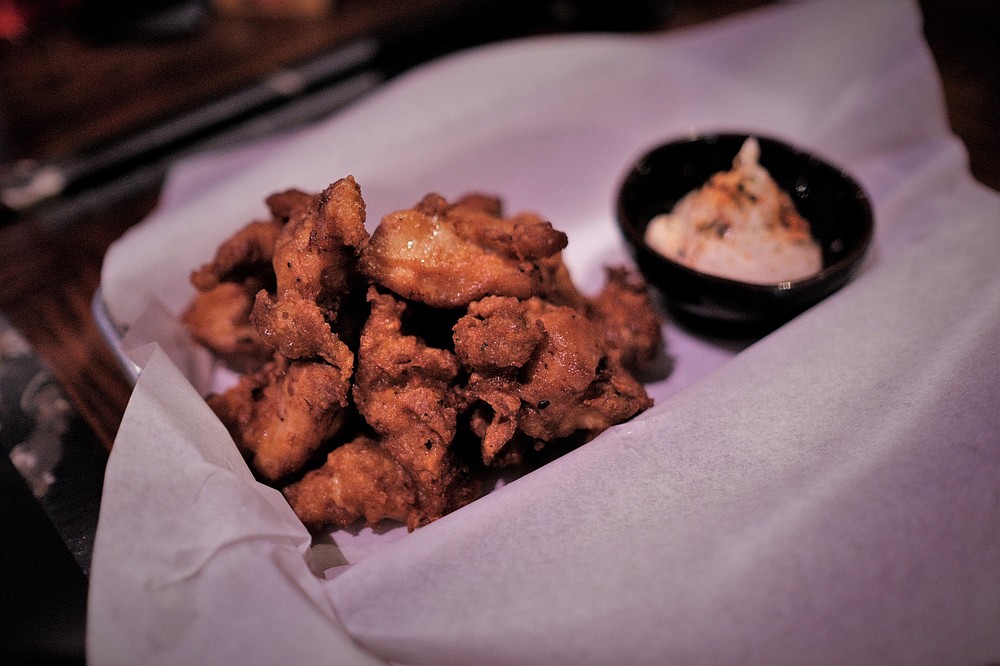 The house nigori sake came cold and murky, sweet but not cloying, and coated my mouth as if to shelter the senses from the imminent onslaught of chile spice. Tajima’s 12 taps are stocked with back-to-back winners, so the Latitude 33 Blood Orange IPA was as good a place to start as any.

“Like San Pellegrino stirred with a mild IPA,” my buddy Joe said, and I swilled in agreement.

Skipping appetizers and diving straight into the soup, our server Karen ran us through the options: “You can have thin or fat noodles. For thin, think of angel hair pasta. Fat is more like linguine. I prefer the fat noodles. They have more of a chewy texture and absorb more broth.”

That was all the convincing we needed. I was already fond of the Tonkotsu ramen with pork chashu (house pork belly), so a buck more for a variant blessed by a chef that specializes in indulgent pork dishes sent my imagination spinning. I was not disappointed.

The Carnitas pork belly was cooked in sweet soy sauce and the delicately charred, buttery fat melted in my mouth as my teeth took hold of the tender meat beneath. The 12-hour pork marrow broth, meanwhile, was viscous to the sip, singing of egg, umami, and chile oil. The fat noodles went to work soaking up the broth but still managed to taste fresh and full of bounce. Each chopstick clutch of noodles hid a unique collusion of chives, green onion, fried garlic, soft-boiled egg, bean sprouts, shredded Japanese red chile, and nori.

On Karen’s suggestion, I doused the whole thing in a generous layer of togarashi: fine bits of nori, chili flakes, and sesame seed. Another glass of nigori tempered the heat.

We had little room left after the heaping soup but also little will to stop. So we shared a bowl of roasted, garlic-covered shishito peppers and an order of karaage chicken, which recently began being prepared with skin on, making for an extra crispy, extra decadent staple to accompany the limited-run Pork Meets Ramen.