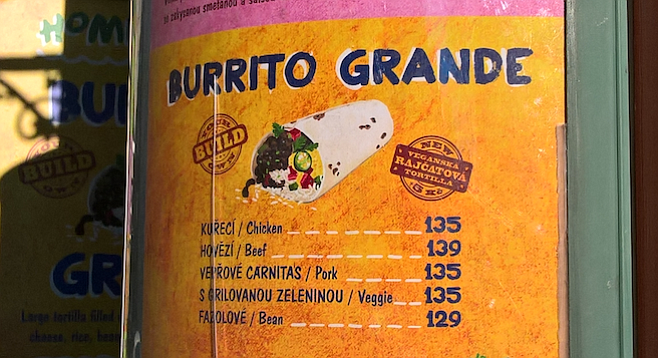 It’s the time of year when kids are graduating, and some of the lucky ones get to travel abroad on their own. The first time I traveled in Europe — with an oversized backpack and a Eurail pass — I flew into Paris, trained to Barcelona and then crossed Southern France into Italy… all in less than a week.

I couldn’t afford good French food, wasn’t a huge fan of Spanish tapas, and after eating great pasta and pizza for a few days, I couldn’t deny it any more. I had hit a wall. The Mexican food wall. I craved a carne asada burrito like you wouldn’t believe. Not only am I from San Diego where they make some of the best Mexican food in the world... but I’m half Mexican too, so it was in my blood.

Fact: I desperately needed a burrito.

Naive and foolhardy as it was, seeing the Colosseum became second to finding a Mexican restaurant. But there wasn’t Trip Advisor, Yelp, or any online help to locate such a place — if one even existed. It was 2000. I had just recently opened my first email account, and smartphones hadn’t been invented yet. I’d had great food in Cinque Terre and Siena, but when my friend and I found ourselves stuck in Bologna for a few hours between trains, we made it our mission: We would find Mexican food, goddammit.

So I started asking around, trekking up and down streets, sweating, weighed down by heavy backpacks, until we came upon it: Piedra del Sol. It looked like a poor man’s version of El Torito.

From the moment we opened the menu it was clear: this place was horribly overpriced. At home, Mexican food was cheap. In Europe it was an exotic import. But, at the time, we assumed we’d at least be overpaying for something satisfying. Unfortunately, this was not the case. Our chips were disgustingly stale. The salsa was worse than Old El Paso from the bottle. And the guacamole was made from avocados so hard that they shouldn’t have been considered edible. I don’t remember the details of the chimichanga I ordered, but it did have many kernels of corn inside it and more green peppers than beef. Though it was supposed to be “carne asada,” the meat inside did not come close to resembling carne asada. The only reason I ate most of it was because I’d spent nearly 20 dollars and was on a very tight budget. We left Piedra del Sol disappointed and disgusted. 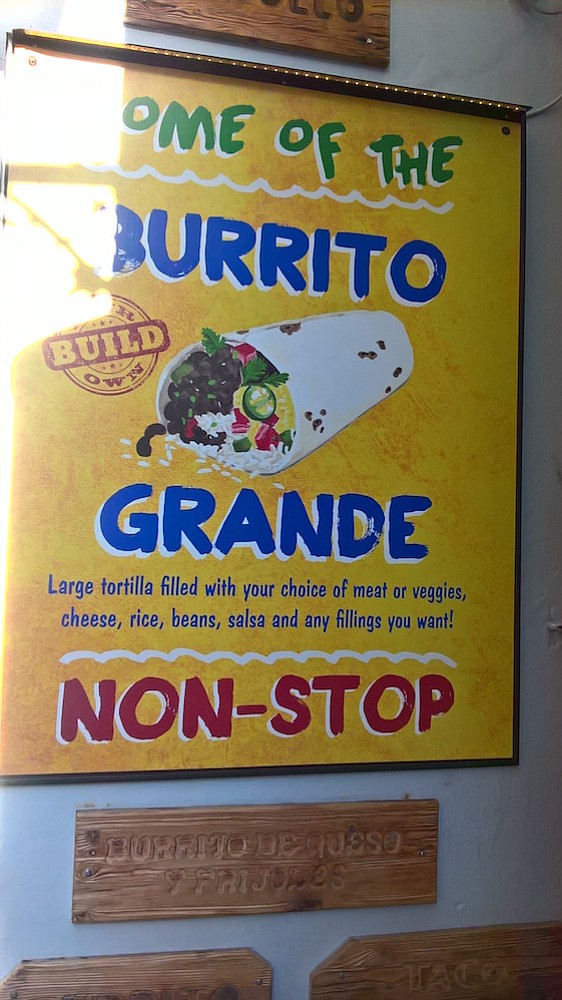 A smart person might have learned a simple lesson from this venture: Mexican food in Europe — if you can find it — isn’t going to be any good. I, on the other hand, decided to dig deeper. Though I didn’t realize it at the time, that afternoon at Piedra del Sol had strengthened my resolve to eventually find the best possible Mexican food options on the European subcontinent, come hell or high water.

17 years and many European burritos later, I must admit that the search has been mostly disappointing. I’ve asked for salsa and been given a ketchup bottle. Ordered a taco and got ground veal in a crunchy, store-bought taco shell. I’ve had more than enough faux-Mexican experiences to discourage me from continuing my mission. But there have been some standout places — restaurants and taco shops — that have delightfully surprised me recently. They haven’t been outstanding. Think of them as places where fellow taco shop connoisseurs would take their first bite, nod, and say "pretty good."

Thus, I would recommend these places specifically to the guacamole-starved, Mexican food-fiending traveler out there who can’t deny their need for assorted Mexican goodness wrapped in a flour tortilla. Here are my top 5.

Dolores reminds me of a place you might find in a hip neighborhood in San Francisco. They also have some unique, funky options that aren’t quite Mexican, but taste pretty damn good. It’s located just off of Alexanderplatz. 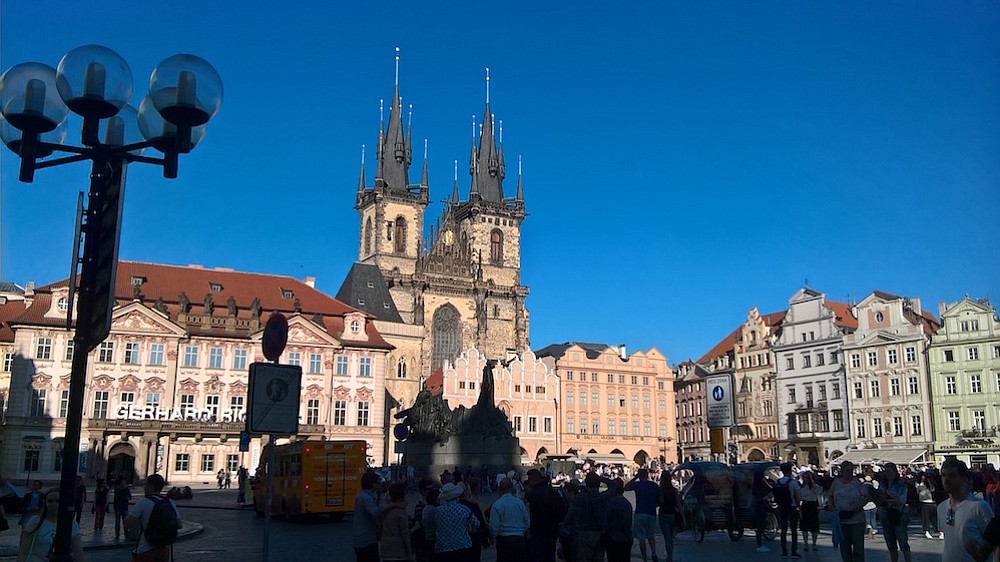 This take-out taco shop is modeled on the build-your-own concept: choose your beans, meat, and extras. I was impressed with the pico de gallo salsa and the shredded pork. Points off for pre-made crunchy taco shells (I have never seen a corn tortilla in Europe); extra points for having Jumex and Jamaica! Burrito Loco is located a block and a half north of the main square in old town Prague (plus many other locations).

Also a Chipotle-like spin-off, you must choose wisely here. I don’t know who gave Europeans the idea that whole pieces of corn should go in a burrito, but it’s verifiably wrong. However, this is a build-your-own burrito place, so you can only blame yourself. It’s easy to find, on a nice pedestrian street in the heart of a wonderful city. Note: there are lots of new Mexican spots in Budapest that I haven’t tried.

Unlike the others, Senor Zorba is a sit-down restaurant with arguably the best view in the world. It’s owned by an Anglo-American expat who is delightfully eccentric and proud that she’s brought a piece of Mexico to the Greek isles. Though she over-hyped the fajitas and guacamole (“Avocados imported from Israel, hun!”), the hands-down highlight was the Mexican beer selection and the million dollar view. The only way you’ll find this place is with GPS.

Another sit down place, Cantina Mexicana is about the atmosphere. The decor is rustic Dia de Los Muertos colorful, and the margaritas are good. I vaguely remember enjoying the enchiladas … or was it the beans? Like most decent European Mexican places, they get at least a few things right. Located just west of the river bend in the center of old town Ljubljana.

And the quest continues... Please comment below if you know of other Mexican food gems in Europe.