SDSU archeology project implies he was wealthier than expected 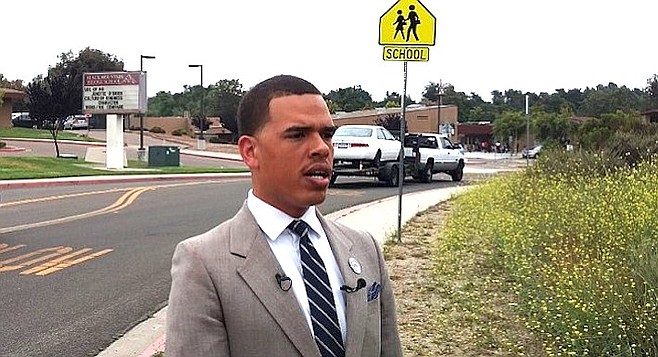 In the wake of a local middle school accidentally publishing a racial slur on the cover of its 2017 yearbook, civil rights leaders are looking to treat the mistake as a teachable moment. 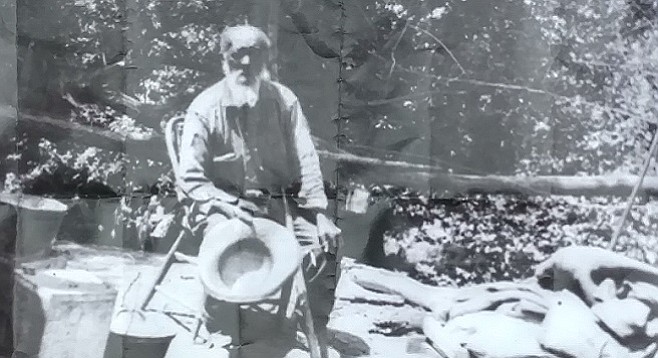 The yearbooks at Black Mountain Middle School in the Poway School District first made news Tuesday, when students noticed the word printed on a historical map near the home of Nate Harrison, a freed former slave who made his home on Palomar Mountain. The school moved quickly to recall hundreds of books that had already been distributed, and to scratch the offending term off the covers of remaining stock. In all about 1000 books were affected.

Until the NAACP successfully petitioned for a change in 1955, "Nigger Nate Grade" was the official name of the road that led up the mountain to Harrison's home.

"They've already apologized and renounced [the slur]," said local National Action Network leader Shane Harris following a meeting with school and district officials on Wednesday. "Now it's time to have a forward-thinking conversation about where to go from here, how to engage the students in a dialogue.

While tales of Harrison's life vary wildly, he was a figure commanding great interest during the late 1800s and early 1900s, frequently entertaining visitors to his mountain cabin for whom he often posed in photos. In 2004 archaeology students at SDSU spent weeks exploring Harrison's homestead uncovering artifacts that suggest he was wealthier and in better company than earlier accounts that depicted him as the "Palomar hermit" who lived in poverty.

"There's a lot of history involved with Nate, and our conversation with the district today concerned how to move forward and make positive change," Harris continued. "Not just take the name off the book and apologize, not just give us Nate's slave name, but let's look at the history of who he was and the impact he made.

"The district was very receptive. We talked about organizing a forum around the issue, getting the parents who've expressed outrage engaged."

In addition to the community forum, which he says he'll work to organize during a meeting with parents next week and ongoing communications with the district, activities such as a school field trip to Harrison's land or the establishment of a memorial scholarship fund were also floated.

"There's more to this issue than just a slave name and an apology. There's real history here, and I hope people will be engaged with that as much as the use of the slave name," Harris concluded. "The goal is to take a horrible situation and bring an opportunity to educate to light."

This unfortunate error was one that "someone" at the school should have caught. It was in no way intentional or malicious. In fact, the reaction of the school was just the right one. Poway schools are very particular about how they deal with students, parents and the public. If some parent is still outraged, I'd have to call it overreaction. But, it is the opportunity for some learning about such things. I've seen enough school yearbooks to know that quality control and adult supervision can slip, especially at the high school level. On one occasion, the yearbook from the late 90's of one of the Vista high schools had an introductory page that was so poorly written as to be illiterate, but worse yet, unintelligible. The yearbook advisor, an English teacher, should have been disgraced.

The fact that the old name of the road was still official as late as 1955 seems shocking to me. I'd have thought it was changed many years before. But then, I remember an incident where a fellow reservist was using that term to refer to Nate Colbert, a player with the Padres, around 1971. He claimed to be totally innocent in using such language, and really resented being called on it by another reservist. Some folks never "get it", I'm afraid.