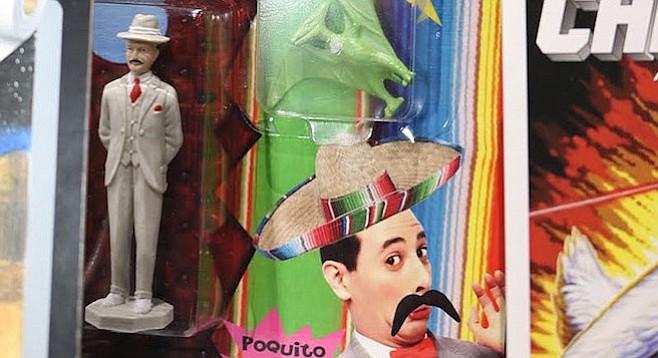 Mister-X has been selling bootleg videos at the Comic-Con International for 22 years now.

Mister-X, a north-coastal San Diego resident, requested that his name be altered for the story. 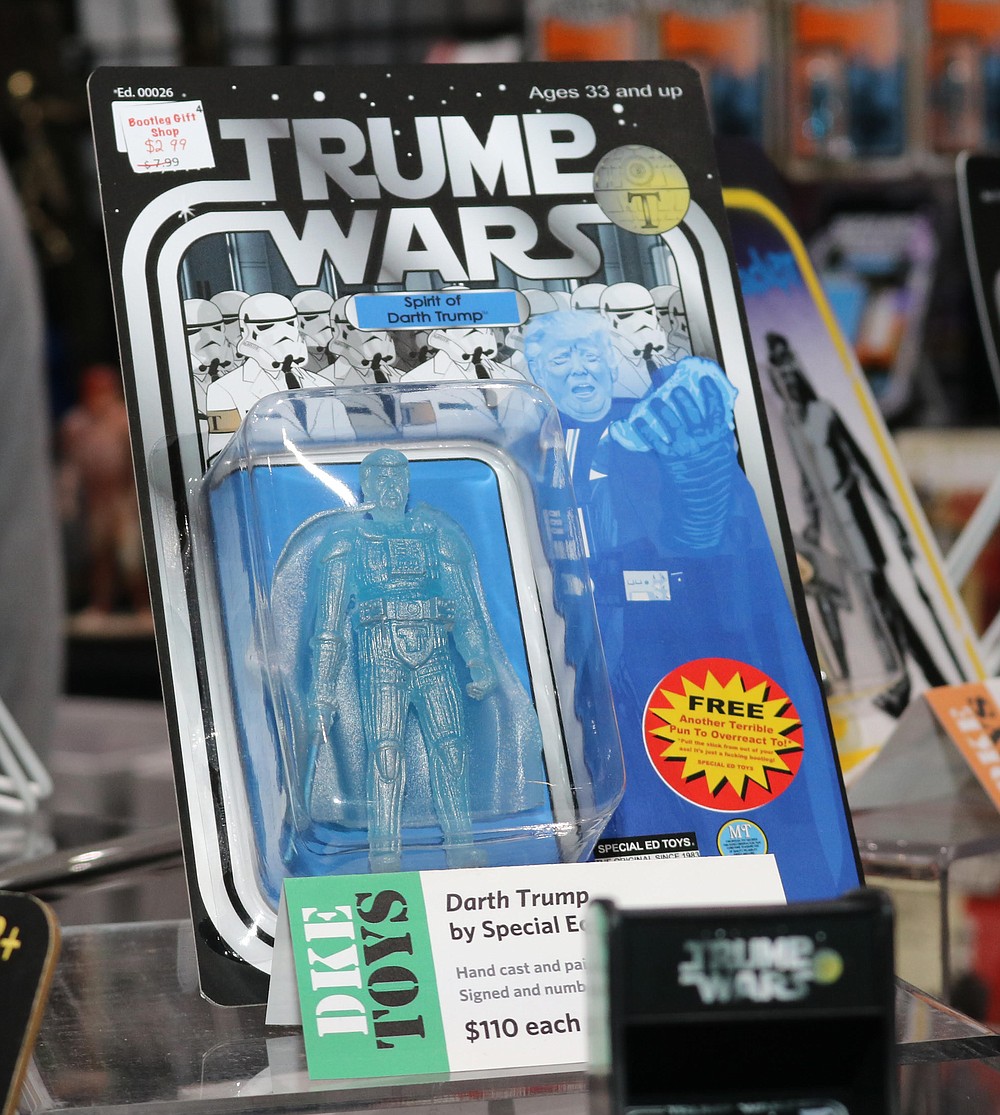 “I changed the name to Batguys and the Robbers,” he said, “and they (DC Comics) cannot get me for that.”

The film was created to capitalize on the newer (at the time) Batman movie that starred Michael Keaton, and unlike the timely release of the blockbuster; the Filipino spoof allegedly took two years for the movie to get clearance from DC Comics and Warner Brothers to play in the Filipino theaters.

“A few years ago one of the gestapos from DC came by and said ‘we own the rights to the name Batman’ you cannot sell that,” he said, “I then changed the name (to Batguys and the Robbers).” 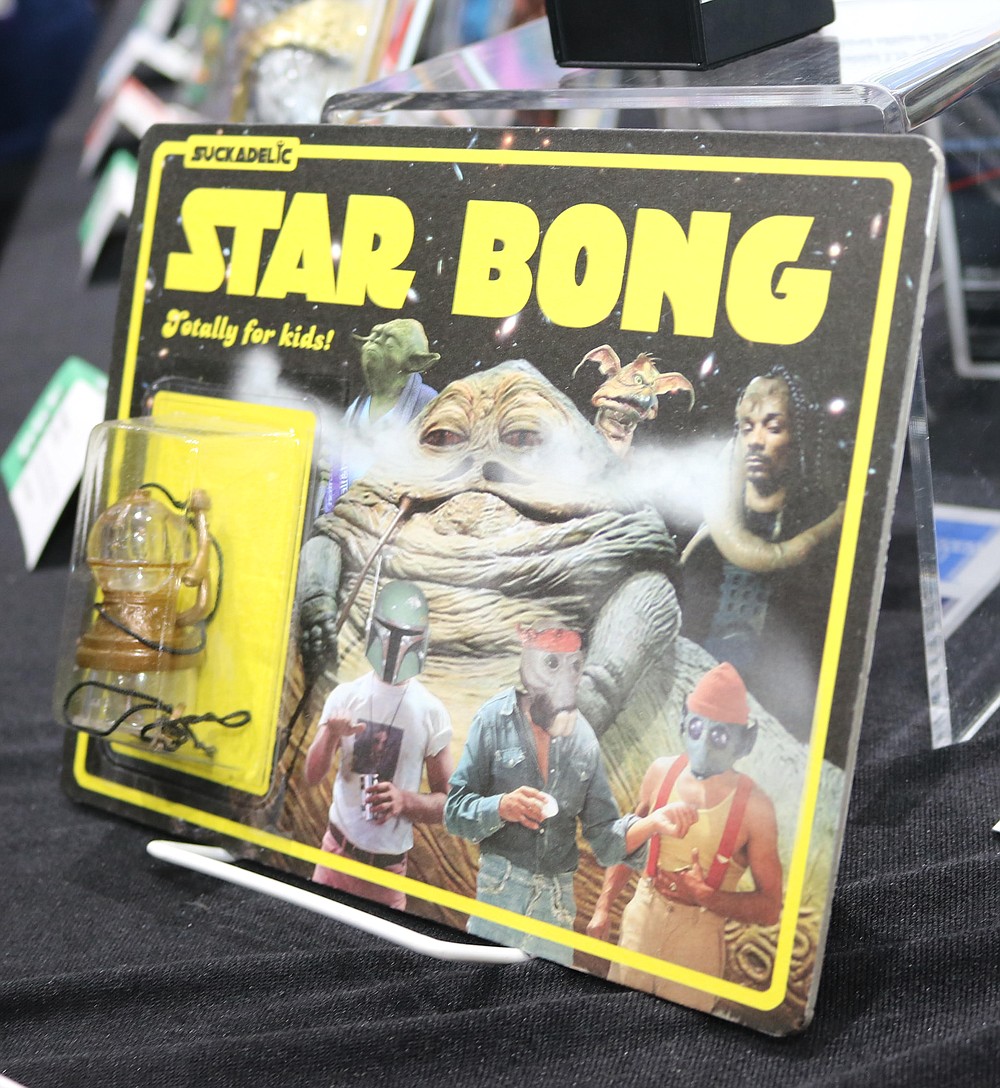 Mikey, a toy collector, was capitalizing on the last-minute deals on Sunday. He was seeking a bootleg-Taiwanese version of Voltron; a 1980s diecast robot that was originally made in Japan and stands 12 inches tall. “Nowadays, even (vintage) bootleg versions go for a lot of coin,” he said, “[and] I’m trying to catch some of these dealers off-guard.”

The word “bootleg” has transformed from being a questionable piece in the collectible realm, to now a cool and one-of-a-kind gem. 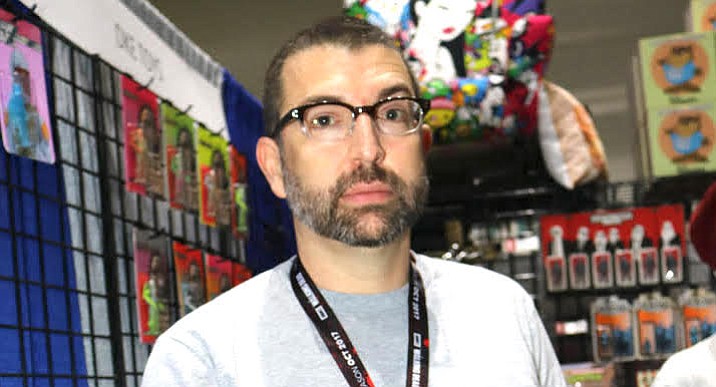 Dov Kelemer:“They are not really bootlegs; they are artist handmade pieces."

At the 5045 booth, Dov Kelemer from DKE Toys, had collectible toys on display with the once stigmatized “bootleg” word on the packaging. He had: Bortman, Bootleg Mutant Ninja (a fusion between Bart Simpson and a ninja turtle), Poquito’s Playhouse (a play on Pee-Wee Herman), Mandalorian Turtles by Has no Talent Bootlegs, and the Spirit of Darth Trump with a printed-on price tag that reads “Bootleg Gift Shop $2.99” — but it really retails for $110.

“They are not really bootlegs,” Kelemer said, “they are artist handmade pieces (mostly of resin) of art but they are reminiscent of the bootlegs from the 1980s.” 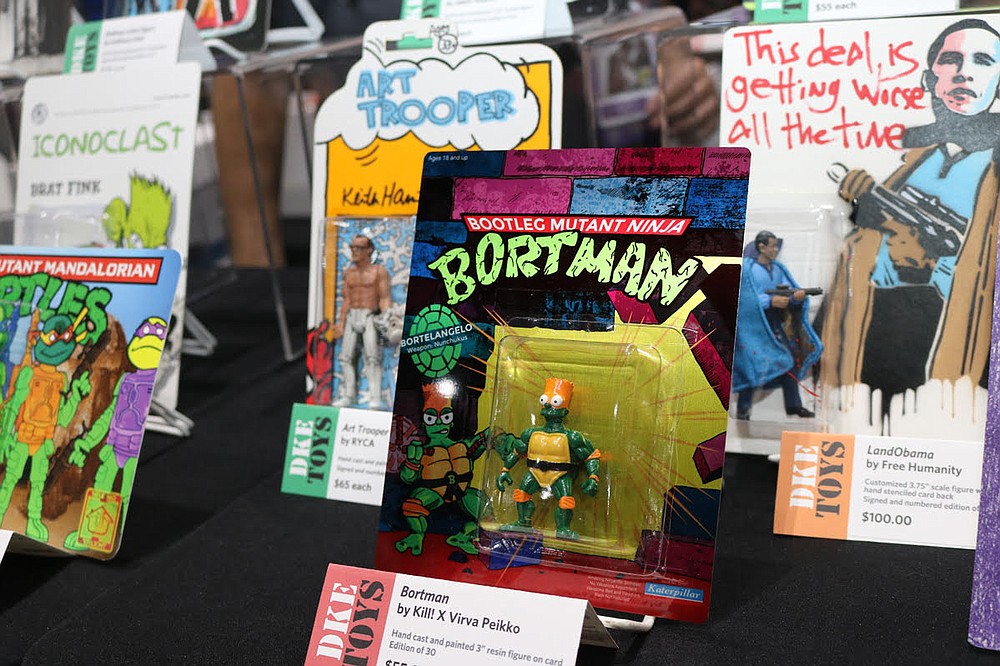 Unlike Mister-X, Kelemer made hundreds in the same amount of time that Ray Parker Jr. asked “Who you gonna call?”

“We sold out of the Showdowns by Scott C,” he said, “and there were still people coming up every ten minutes [asking for them].”

The Showdowns Comic-Con 2017 exclusive toy was inspired by a 1984 Ghostbusters character (who sorta resembled Bill Murray) and Slimer. The figures were molded, sculpted, sanded, hand-painted, and then mounted on a custom cardback and plastic bubble. Only 50 pieces were made, and they retailed for $100 a piece. 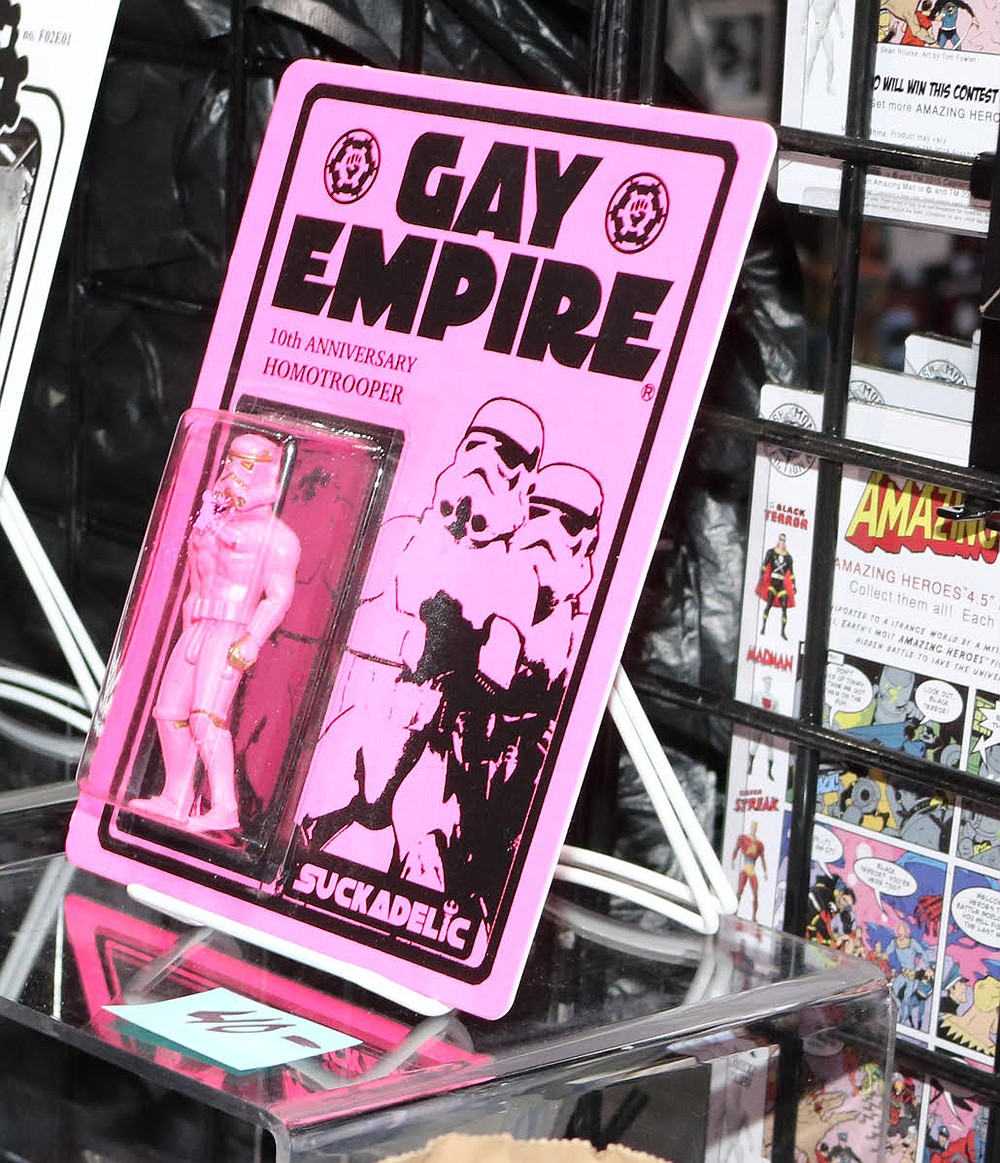 “Bootlegs are kinda a misnomer,” he said, “but that’s what people refer to them as. “This is our art installation, [and] we have about 50 different artists who all create their own figures, generally from scratch.”

Since Mister-X has received cease-and-desist letters from Warner Bros. and Toho (the makers of Godzilla), he said he’s tapered down on the bootleg videos and diversified to key-first-appearance comic books that he snipes on eBay. “I still sell some foreign (bootleg) stuff, though,” he said, “like Japanese, Tagalog, and Italian spoken 1960s Spiderman cartoons, and James [Bond] Batman (a DC non-authorized Filipino film from the 1960s),” he said. 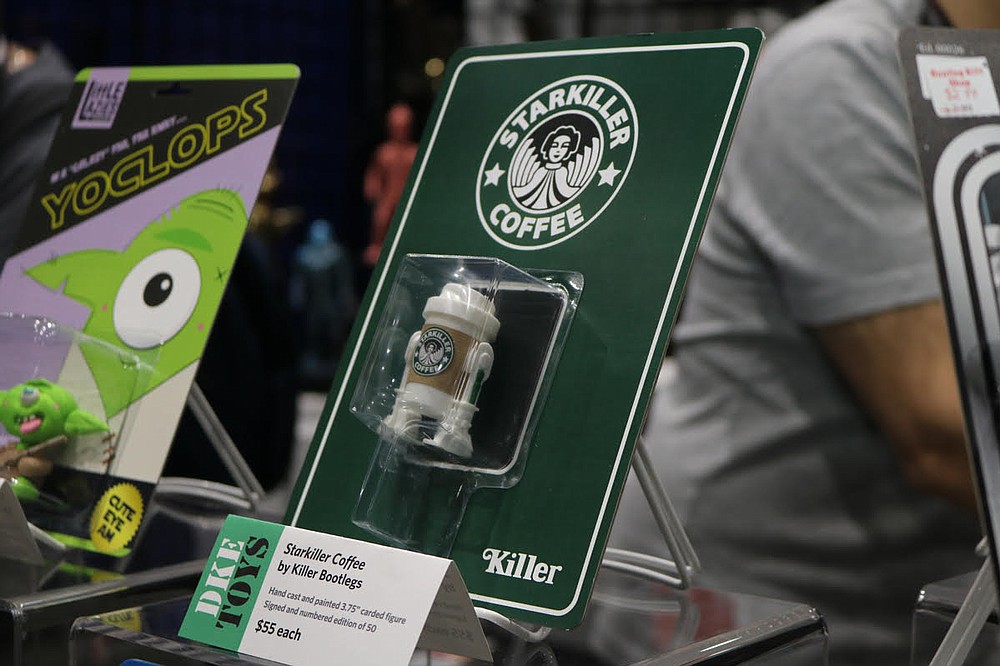 Mikey remembers Mister-X and his heydays. “… but DVDs are now a dying medium,” he said, “everyone can watch all of that on YouTube for free.” He remembered the Hasbro representatives “trippin’ on the Chinese knockoff of Transformers,” but more so Disney because they now own Star Wars.

Dwayne sells a mixture of authentic and a small amount of bootleg toys and DVDs at the Comic-Con. “I got a cease-and-desist letter (from Disney) for creating a DVD cover with small Mickey Mouse hats inside the cereal bowls,” he said, “you can barely see them.” 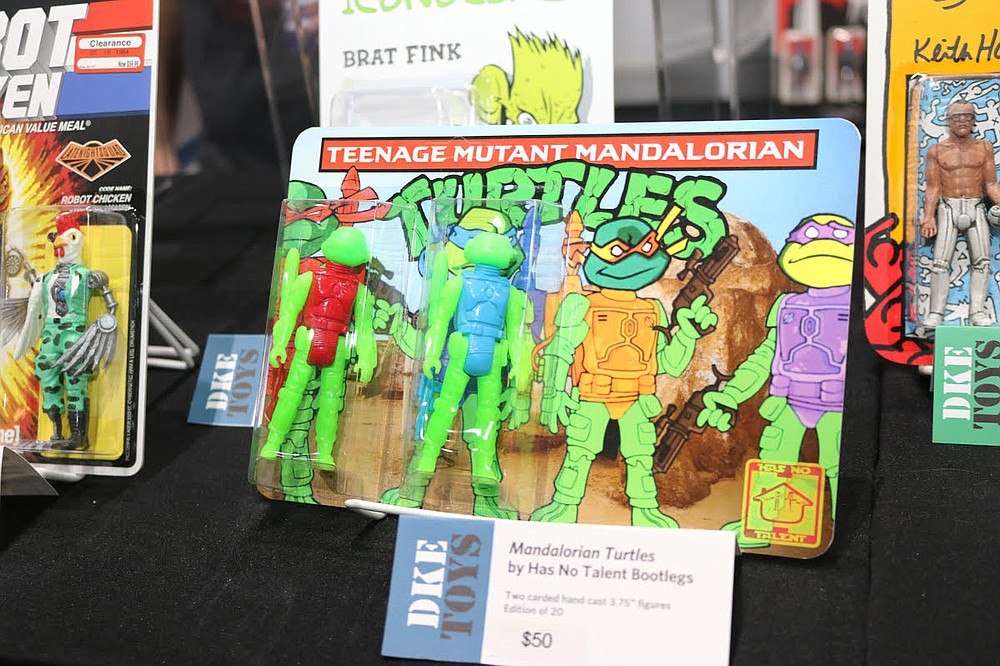 “[At a different show] the FBI raided a bootlegger selling Disney stuff,” Mister-X said, “lucky for me, I was in the back, and after I got wind of the raid, I hid all of my [questionable] stuff under the table and swapped it with my silver-age comic books. I don’t mess with Disney (or Star Wars) stuff.”

“I get asked ‘how do you get away with this, you’re using licensed property,'” Kelemer said. “I think there is some leeway for the artists in our culture to take pop culture, change it a little bit, and make it their own.”

This year marks the 10th anniversary of the Gay Empire Homotrooper (based on the Star Wars Stormtrooper design) made by Suckadelic. “The Sucklord pretty much set the tone for this scene when he started making his own figures in 2005 … many of the other artists on this table are his disciples and are second and third generations.” 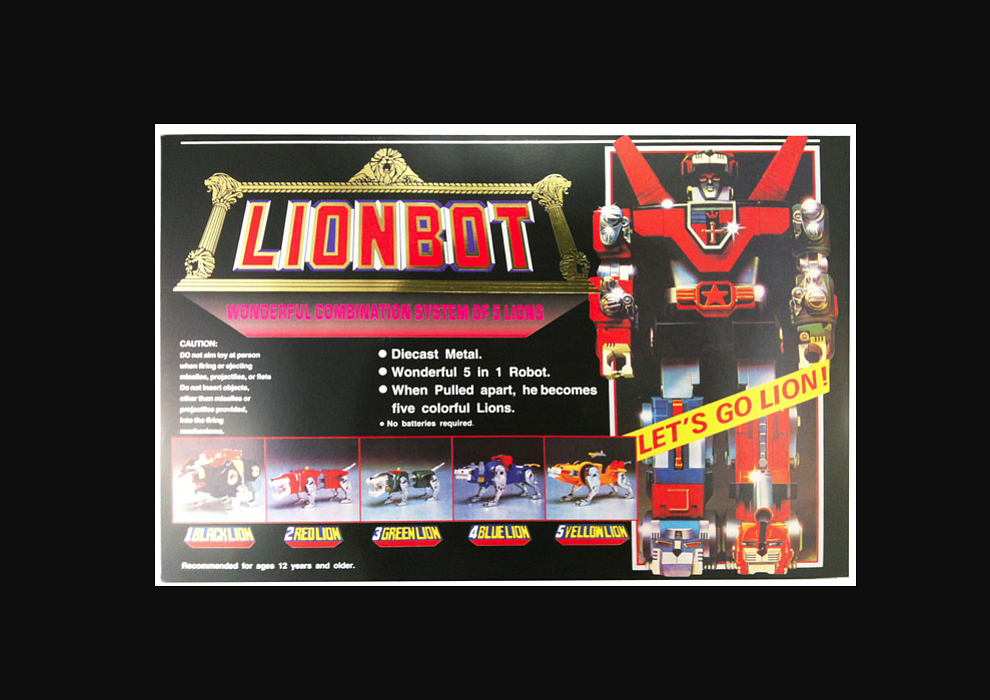 Kelemer added that he has never received any warnings or cease-and-desist orders regarding the pieces he offers at conventions. “This is what is known as transformative art." he said, “nothing here says Star Wars or uses any trademarked logos. We are not trying to fool consumers and the price point for these are way higher (between $50 and $120) than a normal toy.”

Dwayne agreed with Kelemer’s sentiments regarding the artistry and the slight variations between the pieces which should protect them legally — he did, though, give forewarning. “You can win in court,” he said, “but [before that] they will drag it out and bury you with the fees.”

“I am not trying to offend anyone, and if a licensor really had a problem with what we were doing, we would stop immediately,” Kelemer said.