Songs, tap dancing, and the wacky antics of the Marx Brothers 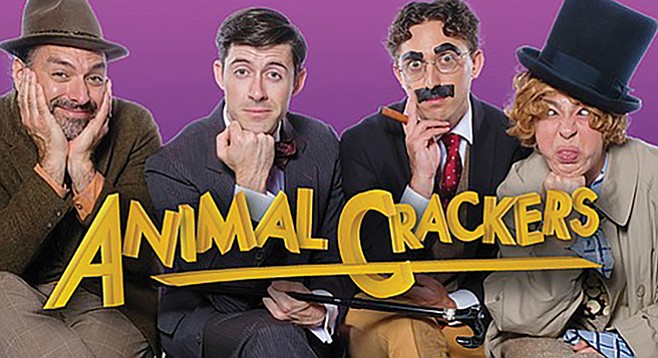 Every now and then I hear someone yearning for the days of Vaudeville. Yearn no more. Animal Crackers at Cygnet Theatre, while not technically Vaudeville, is close enough to satiate the nostalgia of even the most melancholic theater fan.

If Animal Crackers isn’t Vaudeville, what is it? It’s kind of a bridge between Vaudeville, the great American musical, and sketch comedy. It has something of a storyline, but it’s more of a series of sketches which reference the story now and then. The sketches include some songs, some tap dancing, and the wacky antics of the Marx Brothers. 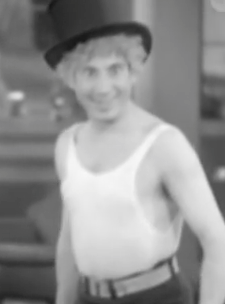 Animal Crackers was the third and final of the Marx Brothers’ Broadway shows. The quartet was busy transitioning into film when the show opened on October 23, 1928. They did film during the day and the show in the evenings.

What struck me about the show was just how far humor has evolved in the past 90 years while not evolving at the same time. The jokes in Animal Crackers still work but they fall under what we might call dad jokes. There are a lot of plays on words, puns, and innuendo to go along with the physical humor of Harpo.

A show based on this type of humor would not find the light of day in today’s market. However, let us remember that this show is just a vehicle for the humor of the Marx Brothers in much the same way that Ace Ventura and Dumb and Dumber were vehicles for Jim Carey’s humor.

Animal Crackers is old fashioned in one way, but timeless in another. Every movie based on a Saturday Night Live sketch follows the same trajectory as Animal Crackers. It’s not about the story it’s about the humor of the characters we love.

If you love the Marx Brothers this is your chance to see them reanimated in all their glory.