Get tickets to Vicky Chow, Coast Modern, and the Kickback 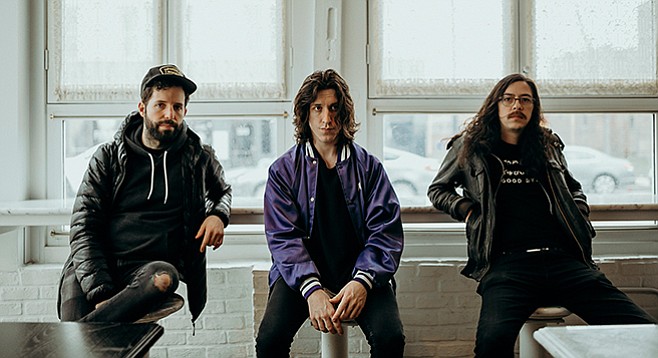 Chicago indie rock quartet the Kickback is touring in support of their sophomore full-length Weddings & Funerals, released last month and produced by Dennis Herring (Ben Folds, Mutemath, Elvis Costello). Coming two years after their debut, which earned cheers at all the usual pundit parades (Rolling Stone, Nerdist, Paste, etc.), I was surprised to find their newest single “Rube” eschews the lush wall of nearly ambient sound so prevalent on All Over the Place (and so praised by the tastemakers) in favor of a more industrial, buzzsaw Art of Noise approach. It makes the band somewhat more engaging, demanding attention with chainsaw percussion straight out of the Nine Inch Nails school of adversarial electro-pop. The somewhat harder sound will likely make their live show more entertaining as well, with the opportunity to find out on August 26 at the Soda Bar, for a bill that includes Splavender and Faulkner. 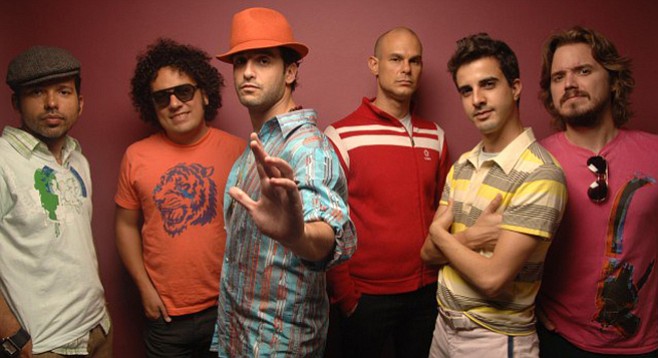 Los Amigos has performed in 60 countries, but the musical recipe hasn’t changed

Venezuela’s Los Amigos Invisibles calls their sound “gozadera,” a meld of Latin-inspired rhythm, disco funk, and lounge music that so impressed onetime Talking Head David Byrne when he found one of their albums at a Manhattan record store that he signed the group to his Luaka Bop label. With an album catalog of a dozen releases stretching back to 1995, they’ve developed a fiery concert setlist that takes listeners on a tour of their native country, as well as introducing the many other worldwide influences that have continued to expand their sound and reach, having performed in around 60 countries. Their new album El Paradise, released in February, is minus two founding members who quit the band in 2014: keyboardist Armando Figueredo and guitarist Jose Luis Pardo (aka Cheo), but the musical recipe doesn’t seem to have changed noticeably. They’re wrapping up a tour whose penultimate date is September 22 at the Music Box. 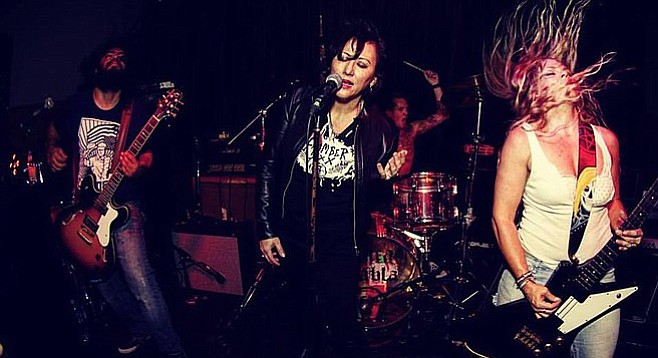 Tickets are only eight bucks for Liz-Fest at Casbah on October 6, a benefit concert for cancer awareness that also serves a memorial tribute for Chica Diabla’s late singer Elizabeth Borg, aka Epiphany, who lost her battle with cancer in October last year. Borg was initially diagnosed with breast cancer in 2013, though she quickly began playing with the band again after receiving treatment that left her with a hopeful diagnosis. They opened for Nashville Pussy at the Hideout in late 2015, but essentially went on hiatus after she was again diagnosed with cancer, which this time had metastasized in her brain. Borg survived long enough to see the August 2016 release of Chica Diabla’s self-titled debut album, selections from which will be performed by surviving members. The bill includes another of her bands, Call Me Alice, as well as Whole Hog, the Touchies, Mittens, and Chamber Sixx. 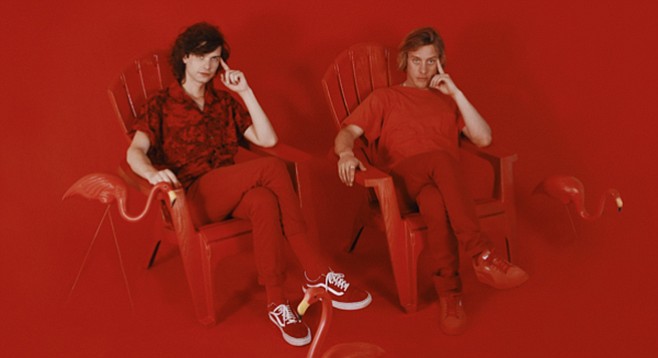 In putting together these on-sale previews, I listen to the newest music from every band we choose to showcase, in many cases getting my first earful of an up-n-coming group whose members are barely old as my sideburns. Such is the case with Coast Modern, whose self-titled debut album is due July 28. I wasn’t expecting much from Seattle-born Coleman Trapp and L.A. native Luke Atlas, having already heard that they made their live debut at SXSW (craving instant gratification, much?) and once peddled pop songs to Britney Spears. Not the most impressive way to carve out one’s own niche in a world of Britney-bots. The duo’s first Coast Modern single, “Hollow Life,” struck me as little more than another tepid L.A.-based Vacationer-style amalgam of surf and hip-hop, with an unwelcome reliance on the tired old Roland TR-808. But then I started grooving on the throwback synths when served atop, beneath, and undulating through the stereo mix of their beachy “Guru” single. Now, I’m positively enamored of their newest tracks, “Comb My Hair.” “Pockets Full of No,” and “Dive,” especially the way the beats and accents pop like bubble wrapping. Normally, I wouldn’t cite specious PR numbers like the “30 million streams” claimed by these guys, but I’m willing to bet a lot of streamers quickly became buyers, so their House of Blues gig on October 10 may be your best and last chance to catch them at such an intimate venue. 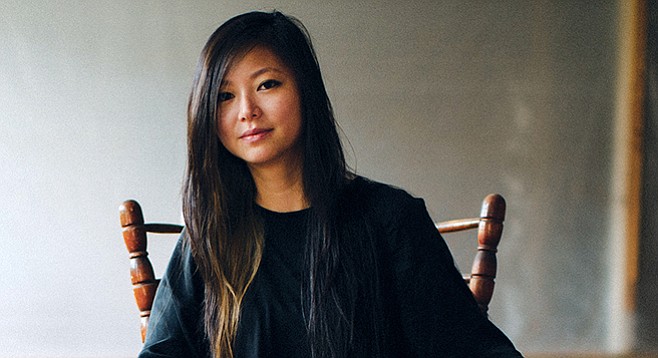 When I saw Fresh Sound’s upcoming 20th-anniversary season includes Canadian pianist Vicky Chow at Bread and Salt on November 20, I asked FS honcho Bonnie Wright what it was about Chow’s arrangements of contemporary works that she feels most qualify her for inclusion in a series headlined by the promise of Fresh Sound. “I’ve heard Vicky perform for many years with the Bang on a Can All-Stars and have always been dazzled by her virtuosity,” says Wright. For Chow’s second Fresh Sound appearance, “This time her program will include the compositions of Daniel Wohl whose music I love. He’s from France, lived in New York, and is now living in L.A.”  Chow will perform selections from her new album with Wohl, A O R T A, as well as tackling several newly commissioned piano and electronic works. “My main goal is to bring music to San Diegans that they otherwise would not get to hear,” says Wright. “And, yes, it’s always risky.  I think that many people turn to music for comfort, and what’s comfortable is what’s familiar. Fresh Sound presents the unfamiliar, hence people don’t quite know what to expect. So they need to be curious music adventurers [to attend], and we seem to have many here in San Diego.” 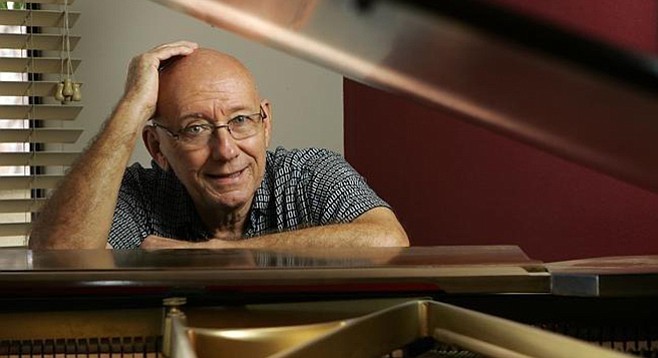 We also have many great homegrown acts embarking on their own musical adventures, such as jazz pianist Mike Wofford, who presents a program called Some of My Best Friends at the Auditorium at Scripps Research Institute on December 2. Under a title referencing the cast of players who’ll join him in paying tribute to the late double bassist, Ray Brown, performances will include intimate duos and other instrumental combinations featuring bassist John Clayton, drummer Lewis Nash, guitarist Larry Koonse, saxophonist/clarinetist Ken Peplowski, and Wofford’s wife, jazz flutist Holly Hofmann. Wofford has been on the scene since the 1960s, having played with the Lighthouse All-Stars as well as in bands fronted by Shelly Manne, June Christy, Shorty Rogers, and Sarah Vaughan. The musician being celebrated, Ray Brown, played both bass and cello with leading lights such as Oscar Peterson, Dizzy Gillespie, Charlie Parker, and Ella Fitzgerald (his wife from 1947–1953), as well as recording his own compositions like “Gravy Waltz,” which earned him his first Grammy and was later heard as the theme song for TV’s Steve Allen Show.