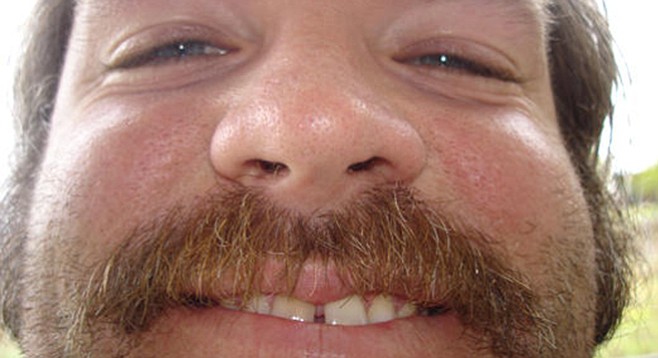 The Jade Shader’s final album Sea Stacks and Sleestaks was released by Joyful Noise on July 1 — nine years after singer Terrin Durfey (Boilermaker) passed away in 2008 following a long battle with melanoma.

“It just didn’t get finished,” says Shader producer and multi-instrumentalist Chris Prescott (Montalban Quintet, Pinback). “It was too hard to work on for awhile. As more time passed, I didn’t know if this needed to be done. People asked me about it. Terrin’s friends, fans of the band. Eventually, I felt emotionally ready and started again.”

"From Above," by Jade Shader 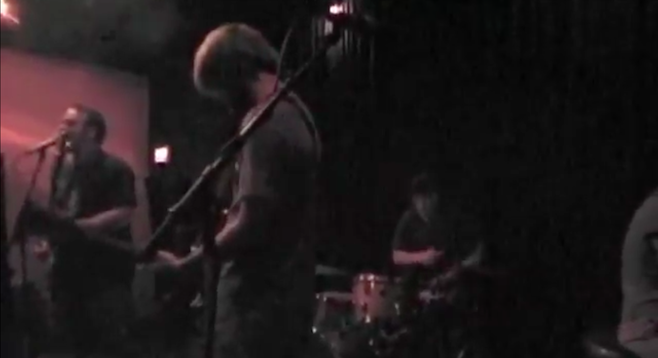 From 2005 performance at the Ken Club

When local musician Rob Crow offered to curate the release, Prescott and others put the finishing touches on the record. Prescott found some songs on Durfey’s laptop while finishing the project. “I went through his music files,” the UCSD grad explains. “And some I was able to salvage.”

Former Shader tour mate Allen Epley (Shiner/Life and Times) and Crow both sing on the record. “Rob sang on something we used to play at every show,” said Prescott. “Terrin never tracked it. We had live versions of the songs, but it was hard to [decipher] the words.” Crow didn’t guess, instead doing detective work to locate live performances.

Crow remembers Durfey as an inspiration. “He was always happy and would make people feel better even at his worst,” he said. He recalls when Durfey sang publicly for the first time.

“We were recording at MiraCosta [Oceanside] for extra credit, and I walked in and his friends were hiding behind the booths because Terrin was nervous,” says Crow. “And then he belted, and everyone was, like, ‘Oh, wow, that kid who hangs around Lou’s Records can sing.’” Durfey plays bass throughout Sea Stacks. “A few songs he wrote,” said Prescott. “He sings on a majority of the record.”

Five songs were left off the record and will be released at a later date. Durfey is survived by his wife, Adrienne (who plays piano on a track), and son Dakota, for whom all proceeds will go toward college.

“To have this record completed is a bit of closure for fans,” Prescott believes. “Terrin was a hero for a lot of people in North County. I meet people all the time. Boilermaker was a big deal for them. When he passed, it affected a lot of this community.”

This is great news, I really like the Jade Shader's music and look forward to finally hearing these final recordings (with Rob Crow, no less!) --

I know how you feel. I remember when I stumbled on the Montalban Quintet album and heard Durfey sing on its first song: https://www.youtube.com/watch?v=-yd0jqc2gds