City biologist has not seen this aggressive behavior in years 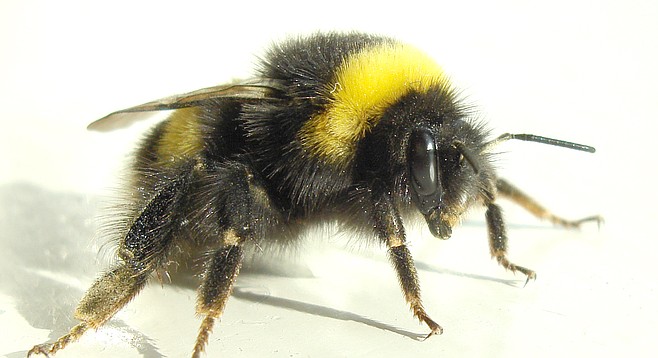 Lake Murray is being bombarded by bee attacks. As early as July 2, the bees attacked people near the two-mile mark on the service road that ends at the 3.2-mile marker at the closed fence. On July 2 at 7:00 a.m., Teddy, a lake walker, could not get rid of a bee until another walker came by and the bee attacked her. The second lady walker started screaming and took shelter in the nearby handicapped bathroom. 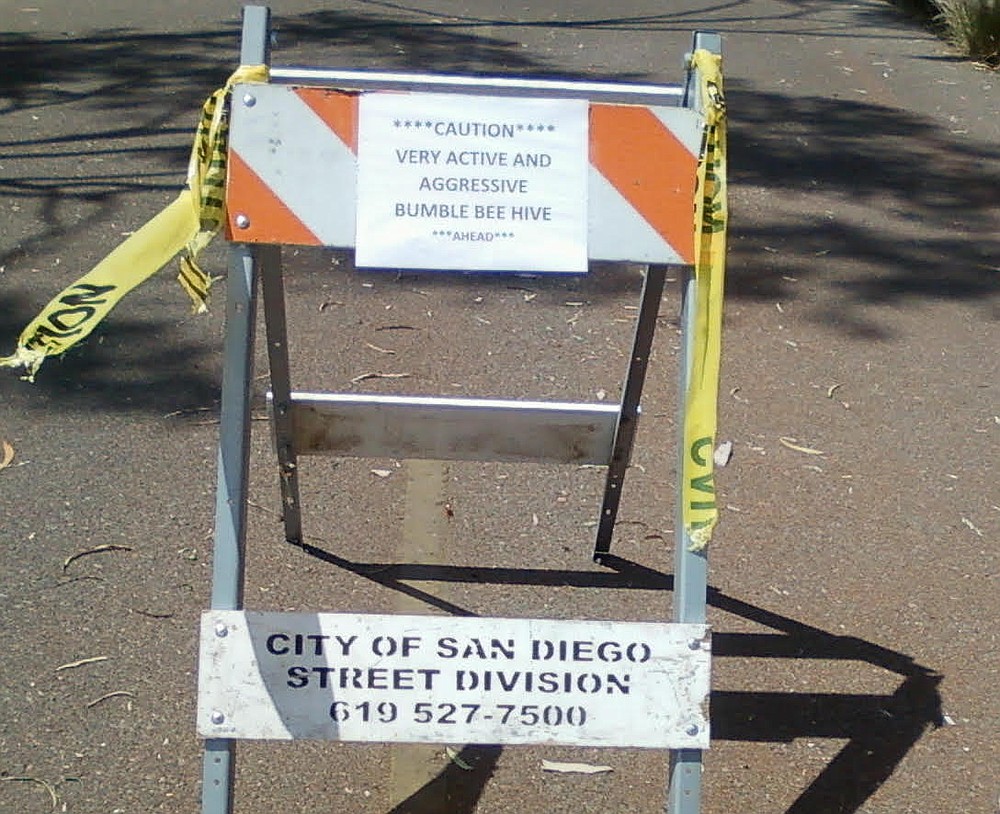 On July 19, Havens put up a warning sign about the "aggressive wasps." She changed it to "aggressive bumble bees."

Every day since July 2, it seemed there was a complaint about those bees. At first, lake visitors called them hornets. Later, the lake regulars said they were yellow jackets, but googling pictures showed that they were neither. Gayle Havens, the lake reservoir keeper, suspected that they were wasps, and on July 19, she put up a warning sign about the "aggressive wasps." She roped off an area about two and half yards in length and about a yard wide with cautionary yellow tape. She suspected that the nest was in that area and asked bystanders to let her know if anyone spotted the nest. After one of Gayle's bosses got bitten six times by one of those bumble bees, Havens said professional help was needed. On July 20, the beware sign was changed to "aggressive bumble bees.”

On July 21, Chris, a young female runner, said she witnessed a male jogger being attacked at around 10:00 a.m.. She said that he was running near the warning sign when one of the bumble bees landed on his head. The man proceeded to take his shirt off to grab the bee off his head, and the bee bit his chest and then his hand. Leo, another park staff worker, said that bumble bees bite, not sting. Honeybees have a barb and can only sting once, while bumble bees have no barb on their bites or stings and can attack multiple times. Then, on July 22, another jogger was reportedly attacked six times. After this attack at around noon, Havens stood patrol at that spot near the two-mile marker and told lake visitors to proceed "at their own risk." Chris, who was there, decided to turn around.

At the end of July 22, Leo explained that the lake staff had made two attempts to kill the bumblebees. The warning sign had been taken down in the early morning, but was re-posted. Leo said that they hired outside help. They were pretty sure they had found the nest and destroyed it, but Leo admitted a bumblebee nest can be located under the ground and hard to find. He said that the city biologist said that they had not seen this kind of aggressive bee behavior in years. Some girls were guessing they were African Killer bees, but Leo said if they were African bees, they would attack in a swarm. All the victims and observers saw the bee attacks by one bee at a time. As July 22 evening was approaching, Leo said the bee experts were going to try again to find the nest and get rid of the bumblebees. Havens said that once they thought the bees were gone, and she kicked the grass to see them dead only to see them swarm again. Havens thinks the bees that attack are "guard bees" for the nest. She said all they could do was keep trying and hope for success. The "Beware of bumblebees" sign was gone on Monday July 24 by the afternoon. Havens said that she would keep an eye on that area.