Someone else can clean it up 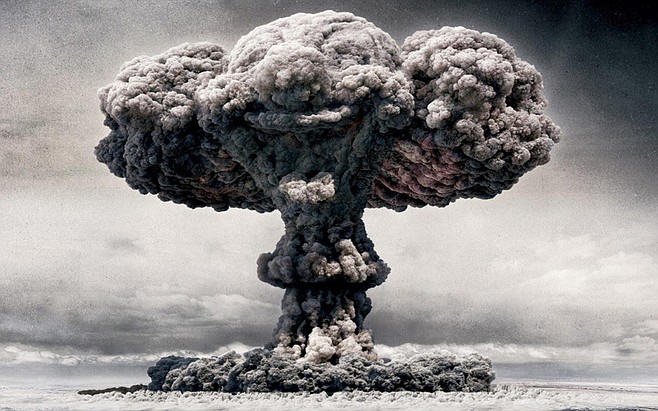 After more than a decade in mothballs, a subsidiary of San Diego's General Atomics has indicated that it intends to offload the cleanup work at a uranium mine it owns in central Colorado. The Cañon City facility, owned by the Cotter Corporation, has sat dormant since 2006, and was declared a Superfund site in 1984.

The Cotter Uranium Mill south of Canon City was declared a Superfund site in 1984.

Plans to reopen the mine stalled when state politicians demanded the company first address its existing violations. Last month it was discovered that waste from the Manhattan Project was dumped at the site — it's unclear whether there was a intention to harvest uranium from the material or just create a convenient place to stash it.

Last week, Cotter announced that it would petition state health officials to transfer its radioactive materials license to Colorado Legacy Land, a limited liability company established specifically to handle the cleanup effort. That wouldn't entirely eliminate General Atomics' liability, however — since their mining operations caused the contamination any failed cleanup burden would fall back to Cotter, which has allegedly been working on a cleanup plan since 2014.

If the transfer, expected to be completed sometime this fall, is successful, it'll reduce, but not eliminate General Atomics' portfolio of contaminated uranium mines that have fallen into disuse. Through another subsidiary, the company controls a New Mexico operation that hasn't been used in 25 years. In 2015, the firm fought efforts to begin cleanup efforts at that site, indicating that the intention was to reopen the mine once worldwide uranium prices return to profitable levels.

It's more profitable for General Atomics to make its military drones.