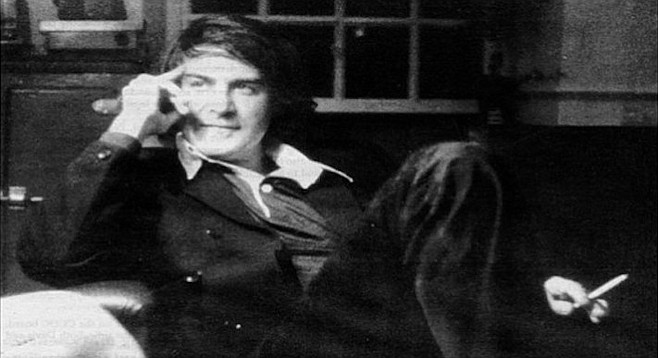 My wife and I are driving up El Cajon Boulevard. It hasn’t changed much, not really. Businesses come and go (there wasn’t anything remotely like the Hung Vuong Pho restaurant back then), but the character of the old street is unchanged. Around 70th Street I see three teenage boys sitting on a curb, laughing and gesturing. “That’s me and my buddies,” I say. They give us the finger, and I laugh. “That’s us, 40 years ago.” 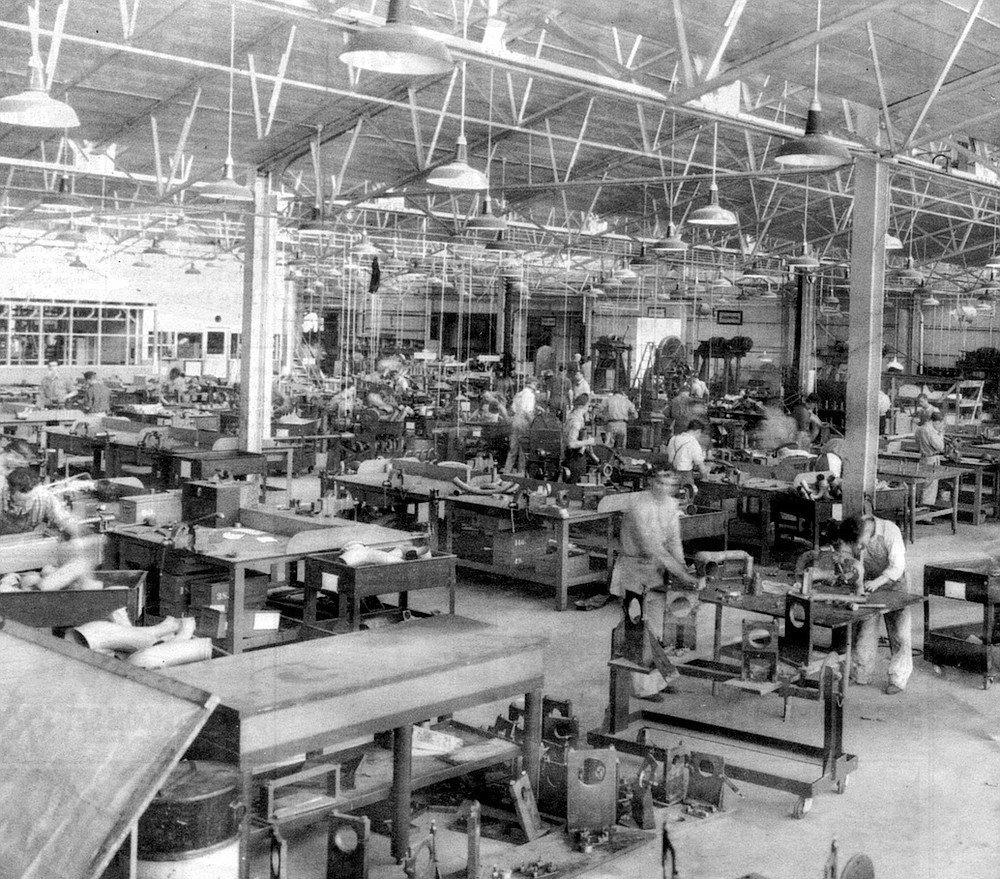 Solar Aircraft Company during World War II. "An average of only one out of 25 applicants is given a job, and fully a fourth of those are discharged during or at the end of the 30-day probationary period."

Lionel Van Deerlin worked with Thompson at the San Diego Journal. Van Deerlin remembers him as “a large man, with the characteristic stoop large men often have. A proper fellow, meticulous dresser. Never sloppy. He often wore tweeds. His voice was a degree or two below normal. He spoke in parsed sentences and wasn’t a trigger-ready humorist, but he had a droll wit and could see irony everywhere. He was a pleasant person to be around.” 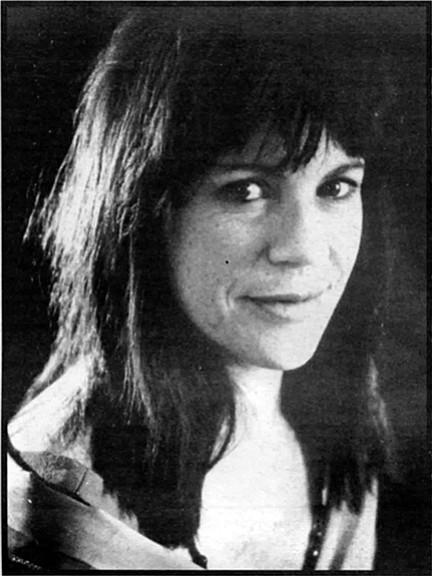 Jan Kerouac. Jack insisted Joan get an abortion. Joan refused. She went back to Albany to her mother. February 16, 1952, Janet Michelle, who would be called “Jan,” was born. Jack was in California with Neal and Carolyn Cassady.

Jack’s Heirs Slug It Out

“What Jan Kerouac did and didn’t get in royalties is not what we’re talking about. We’re talking about whether a will is forged. I’ve never asked her how much she makes. I don’t care. But I do care if there’s a forged will which shouldn’t have been probated and that this family should not have gotten the property if this will is a forgery. If Gabrielle wanted Stella to get everything, then Stella gets everything.” 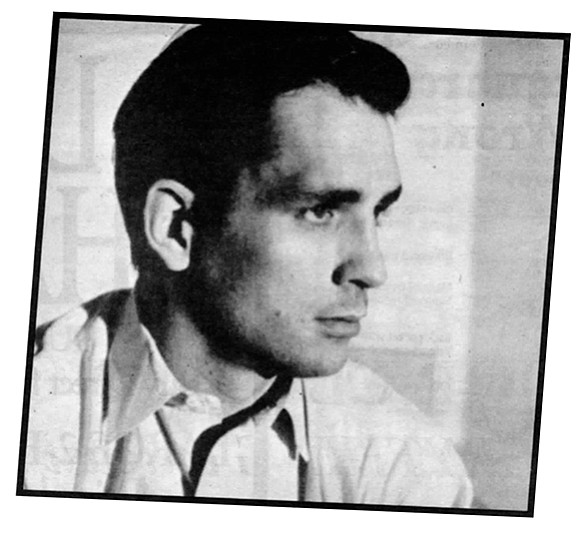 Jack Kerouac. Jack agreed to take a blood test to prove or disprove his paternity.

Anybody Who Saw Jan Kerouac Knew She Was Jack's Daughter

“In Santa Fe, the place she started hooking was a bar right across the street from the state capitol. So her first clients were politicians. In this interview she tells me how she worked her way out of being a prostitute. At the very end, I asked, 'Why did you quit? You were nuking 300 bucks a day.’ She said, ‘I was afraid I’d ruin myself for a future romantic love.’”

“You’re right about Rebecca Sinkler having it in for you. There’s usually very little communication between the Times Book Review and the Times news department, so when Sinkler received Kiss’s letter, it was highly unusual for her to pass it along to them, instead of merely publishing it in the Book Review's letters section (or just ignoring it — my informant says the Times Book Review gets letters like that all the time, most of which are ignored).” 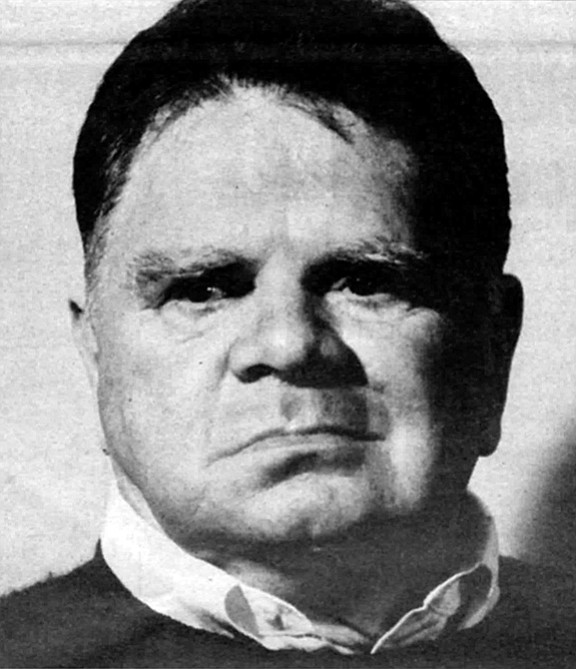 “Schuyler’s the most heartbreaking poet in the world. You’d have to have a heart of stone not to be deeply moved and deeply worried by his poetry.”

“He believed he was Christ. He would hold out his hands in crucifixion position and fall forward to the ground. He would say, five years after Frank O’Hara was dead, ‘Oh, I hear Frank O’Hara has been around.’ He would wash his money in the middle of the night. Or he’d say, ‘Money is shit.’ And Ron and Pat Padgett, who were there with him, would say, ‘You’re absolutely right.’” 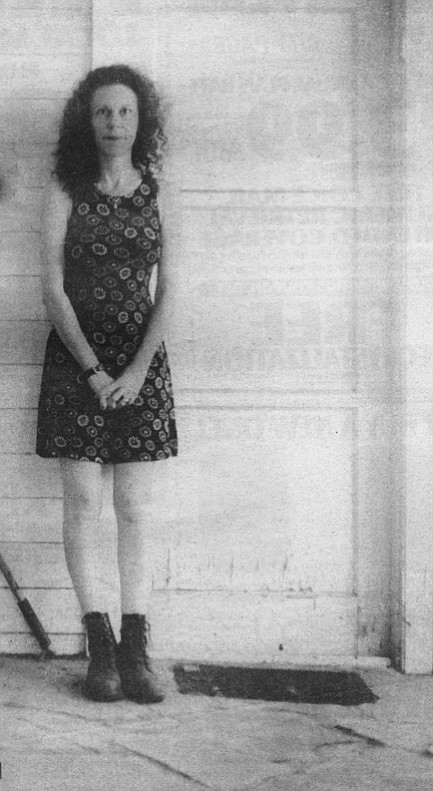 Gerstler's father "changed careers and went back to school and started teaching and then became a counselor and vice principal. Most of the time I was growing up he was the principal of various high schools — Santana, Valhalla."

“I think I read Sylvia Plath late in high school. When I started buying books, I led a sheltered life and didn’t see much writing by people who were still alive until I was in college. There was one bookstore in San Diego which I don’t think is there anymore that was, if I recall correctly, a combination bookstore and avant-garde movie house. It was called, I seem to remember, the Unicorn.” 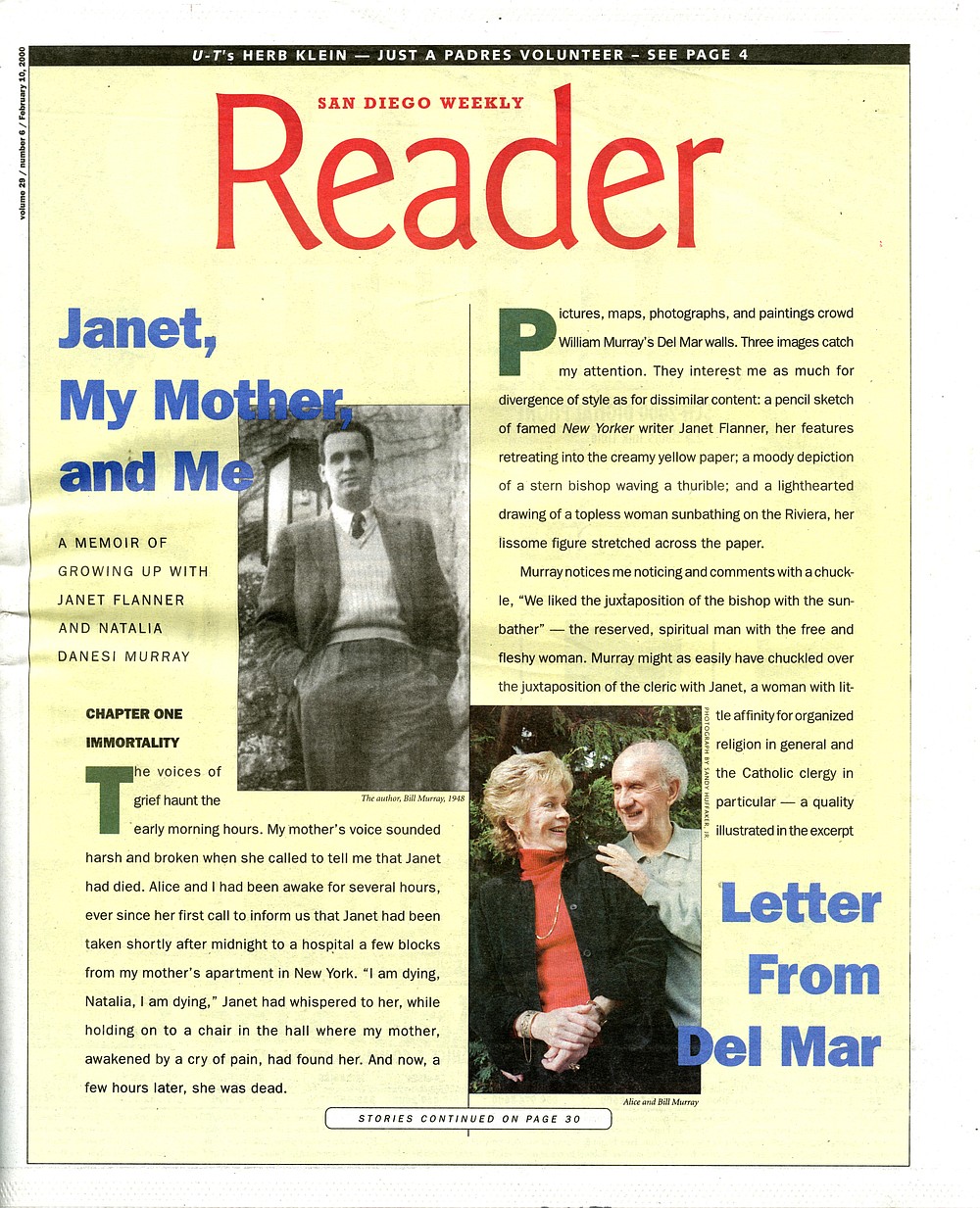 "Janet Flanner and my mother dominated whatever room they were in. You wanted to be around them, because they were brilliant, funny talkers, and because they just exuded an aura of glamour and intellectual curiosity."

Janet, My Mother, and Me

“We went out to Belmont, and Harry couldn’t stop picking winners. We went to the 21 Club for dinner, and we scalped tickets for a Broadway musical in the fourth row center, Oklahoma! I rolled into my father’s apartment that night at about two o’clock. He was propped up in bed reading Thucydides’ Peloponnesian War; he said, ‘Well, how’d you do?’ And I said, ‘Well, Harry won 14 g’s, and I won about $400.’” 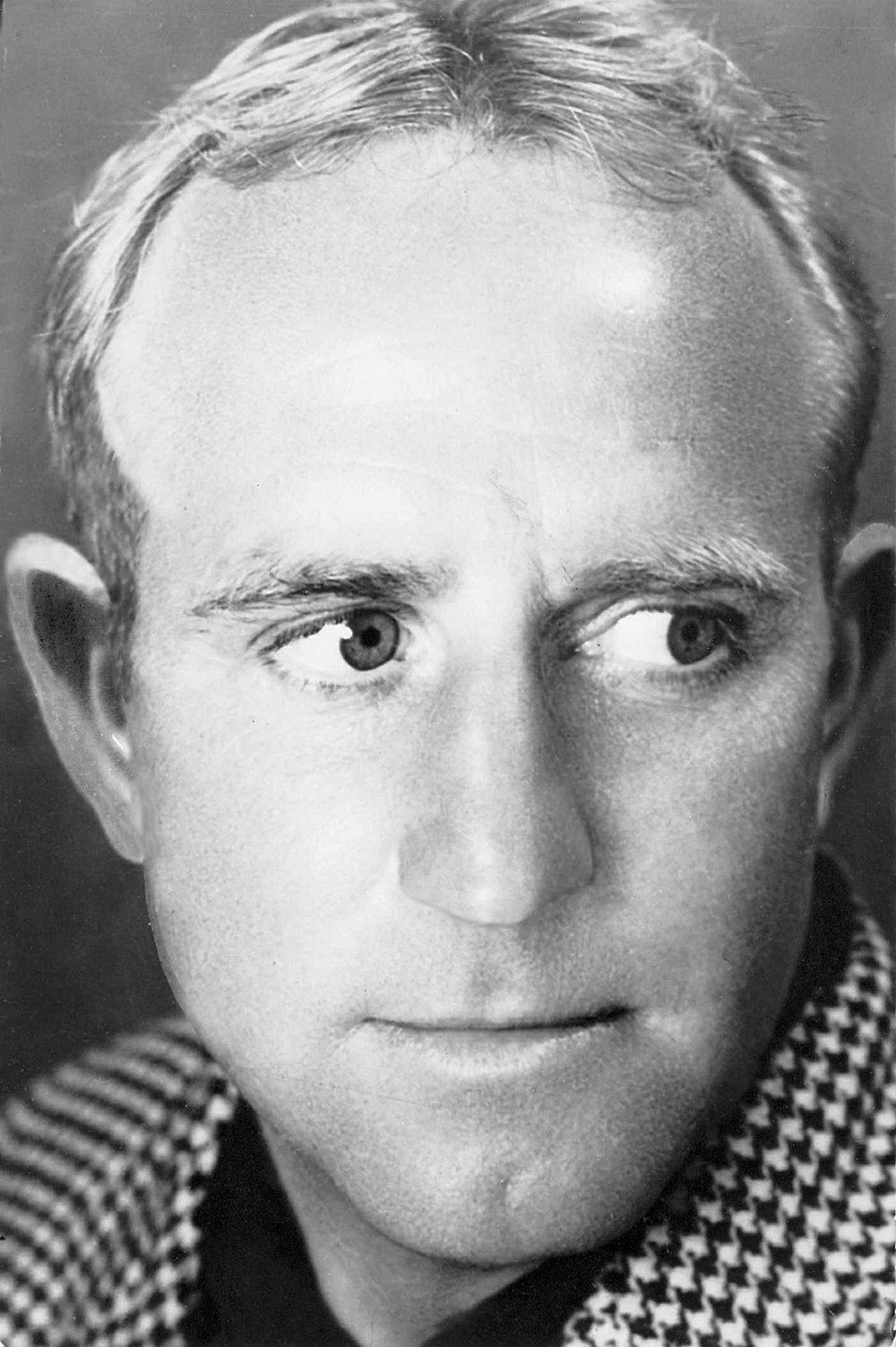 Who was Max Miller?

The book, On the Waterfront, is, indeed, a work of genius. Only Max Miller could have written so penetratingly and concisely of the demise of the henpecked Johnny Lafferty. Or of the gangly, publicity-loving Charles Lindbergh, before he gained world celebrity. Or of the hermit on the rattlesnake-infested Mexican island who, on rare trips to the mainland, headed straight for Mrs. Morgan’s Boarding House for Girls, which really wasn’t a boarding house.

The Man Who Lived in the Town with the Funny Name

The reader will meet characters who are presented by their author as La Jolla regulars. There’s Perky the fisherman and the brightly clothed Mrs. Billings and the dubious Willie-the-Arranger. These La Jolla regulars fish and swim and act up at cookouts and cocktail parties. Mrs. Billings well may remind you of the zany ladies seen in the New Yorker’s cartoons about the same time that the magazine described Max Miller’s La Jolla book as “charming writing.” 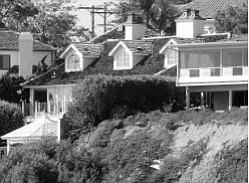 “Miller did most of his writing in his home overlooking the sea at 5930 Camino de la Costa, La Jolla. His body was found in his room there early yesterday by his wife.”

“What Scripps Institute needs is not so many test tubes as a whangdoodle of a football team … then when people elsewhere ask us where we live, they would know, from having read the sporting pages, how the name of our town is spelled and that there really is such a town.” He offers a similar proposal for the La Jolla Caves where, in 1947, “cormorants by the hundreds roost on the side of the cliff.” 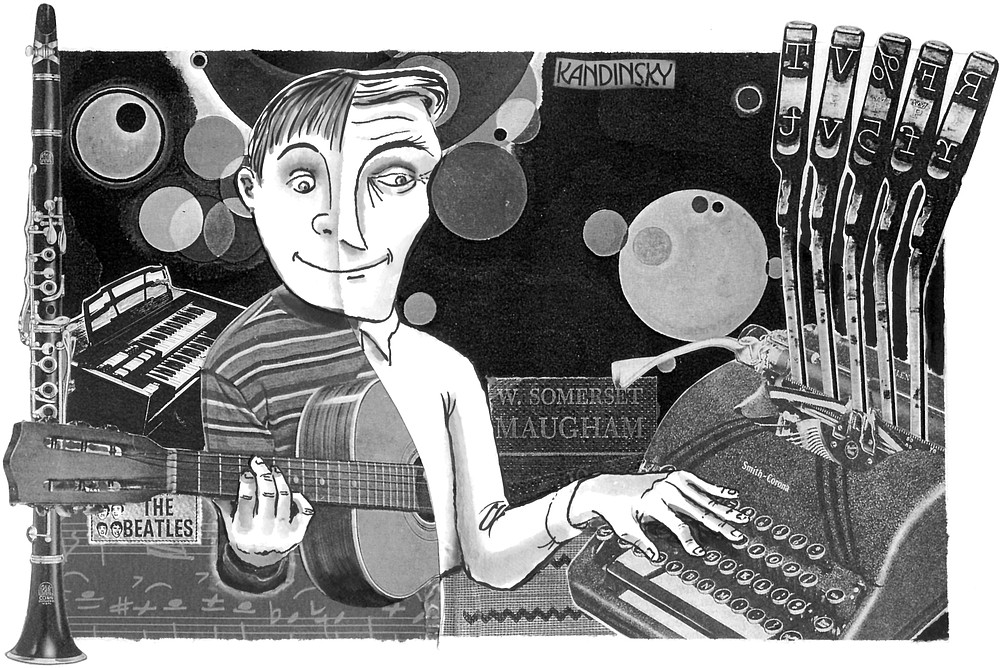 Someone once described the avant-garde as a place of “pleasureless hedonism.” And its main goal, to make everyone, the performer especially, uncomfortable.

I was stunned, riding the bus along the coast to Encinitas, where my five-year-old sons were starting kindergarten. I took inventory. I no longer touched any musical instrument. I pretended that I could hear tones and harmonies, even quarter tone nuances. I would hear people talk on the bus and then write a piece in which they all sang/spoke their thoughts simultaneously. At the aviary in the San Diego Zoo I transcribed several bird songs. 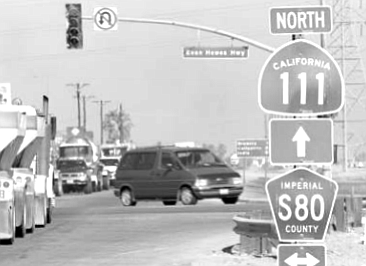 Those on Highway 80 had the right-of-way. West’s Ford wagon was going north on California Highway 111 when West ran the boulevard stop sign and hit Dowless’s sedan.

He is a traffic statistic, a movie treatment, a novelist, a screenwriter, husband and hunter, the idea of an individual and a mass, the man and the man’s role. And he is a moment in May 1936, at Republic Pictures, sprawling on the leather couch in his producer’s office (it is lunchtime), lacing his fingers behind his head, a self-satisfied smirk because dreaming is the easy part, it just comes to him. 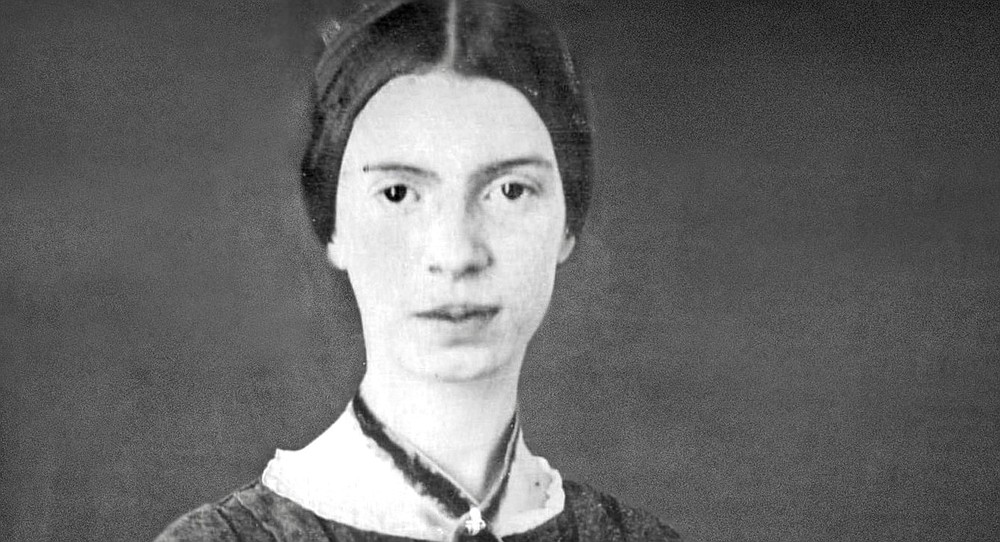 "[Emily Dickinson] is the mother of our interior voices, just as Whitman is the father of our cosmic embrace."

The Only Kangaroo among the Beauty

“Edward Dickinson had this incredible library. But, as Emily Dickinson said, ‘My father buys me books and forbids me to read them.’ We rather famously know that she didn’t read Whitman and said that she’d heard his poems were ‘disgraceful.’ Everyone talks about how oppressed Emily Dickinson was. My feeling is that she made decisions about her boundaries. She didn’t get married, and she didn’t court the local men who came courting her.” 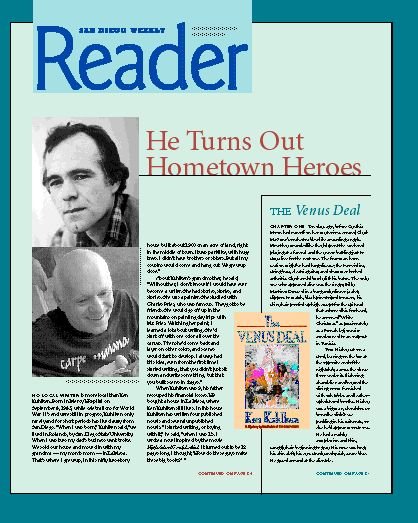 He Turns out Hometown Heroes

St. Martin’s paid Mr. Kuhlken $5000 each for The Loud Adios and The Venus Deal. The print run was 5000 copies. “The trilogy was not a good idea for marketing, because the three books were never available at the same time, and when they were, hardback was the only way you could get them, and nobody wants to spend 50 bucks on a trilogy from somebody they don’t know. But publishers know they’ll get library sales.”