Life surrounds us with poetry 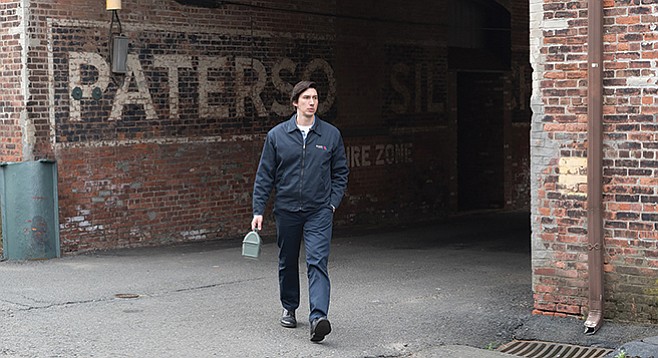 Paterson refers both to the film’s New Jersey locale and lead character (Adam Driver), a married bus driver who fancies himself a poet. Imagine The Honeymooners’ Ralph Kramden as the Bard of Bensonhurst: Cook me my dinner, clean up this room. If not, Alice, it’s BANG! ZOOM! Void of the histrionics often associated with the sacred sitcom, the latest from writer-director Jim Jarmusch (Stranger Than Paradise, Mystery Train, Broken Flowers) is a romantic comedy that breezes through a week in the couple’s life and packs the power to send audiences racing to the moon.

Before heading to the depot, Paterson starts his day contemplating a pack of Ohio Blue Tips over his morning Cheerios. Seated behind the wheel of his bus, the former Marine puts pen to paper and, in the moments prior to foot hitting the pedal, roughs out a few lines apropos his breakfast brainchild. The matchbox not only awakened his inner poet, it echoed one of Jarmusch’s previous works, The Limits of Control, where an empty box of safety matches contained mysterious messages to be eaten after reading.

Though easily consumable, there’s nothing particularly puzzling about the romantic relationship that shapes Paterson’s framework. Driver’s driver and his onscreen wife Laura (Golshifteh Farahani) start in love and stay in love, with little more than an occasional bruised ego to set them at odds. This time, Jarmusch’s desire for abstraction finds its roots (and beauty) through recurring displays of mundanity: Paterson following a regimented footpath to work, straightening his ever-tilting mailbox, hitching the family bulldog outside the neighborhood bar before taking his evening libation, etc. 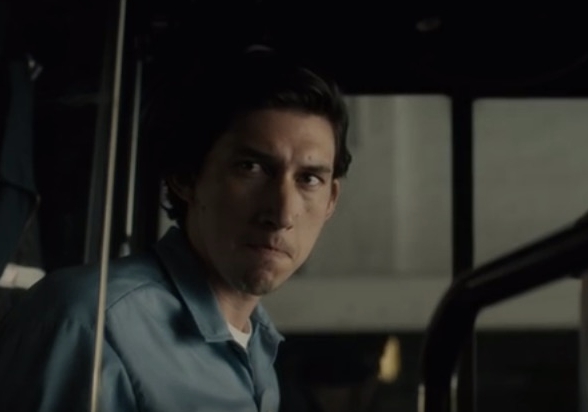 Life surrounds us with poetry, a fact Jarmusch and cinematographer Frederick Elmes (Blue Velvet) vivaciously bring attention to with every move of the camera. From their vigilant point-of-view, the largest city in New Jersey emerges as a modest hamlet, complete with agreeable transit patrons traversing picturesque byroads.

At one point, a woman pulls up a barstool and asks the titular Jersey-dweller, “Is Paterson really your name or did they just nickname you that?” It’s a good question, given how much of the film’s momentum is powered by our hero’s natural sense of hometown pride. Paterson the man is so much a part of Paterson the town that when he shaves in the morning he sees the face of William Paterson, the New Jersey statesman after whom the town is named, in the mirror.

Farahani’s interpretation of Laura is not one of a harrying ditz. Ms. Paterson is eternally upbeat but driven by an impetuous streak — she purchases a guitar to help jumpstart a career as a country and western singer. Laura’s flair for interior design results in a house dominated by black-and-white circles. It’s her dream to open her own cupcake shop, and it comes as no surprise that the first batch of cupcakes is topped with its creator’s signature rings. 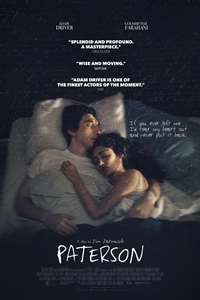 That’s just one of a myriad of dreamlike doubling-effects Jarmusch inserts along the way, effects primed to simultaneously perplex and delight. Many will find the endeavor to be a tough sell. After all, shouldn’t a film be about something?

Other than a brief moment of barroom heroics, there’s not much in the way of action or negative emotions to drive the narrative, something bound to divert the mainstream. Driver’s performance is the glue that holds it all together, but given how little “meaningful” dialogue our average Joe metes out, the term character-driven fails to come to mind.

So what’s it all about? A filmmaker telling his story in pictures and the limitlessness of control he brings to his art. What more can one ask of cinema?