Children's Pool was just for kids 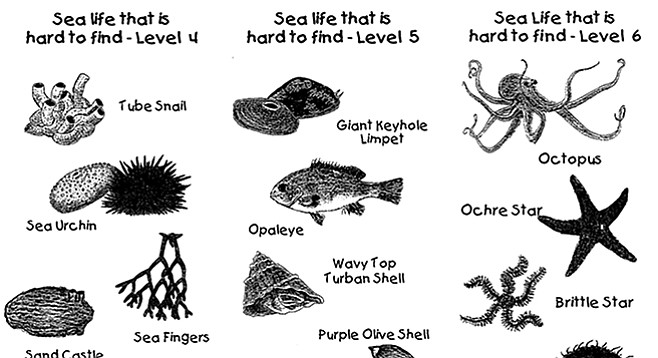 Ask an adult who grew up in the San Diego area about his hometown and he’ll say something akin to, “It’s a great place to be a kid.” Our weather, beaches, and the ocean provide a natural playground. The luxurious sand and lifeguards at most San Diego beaches offer a place where a child can run free. That’s what my mom said she liked most about the beach.

One of the beaches we would visit was Casa Beach, otherwise known as the Children’s Pool in La Jolla. The manmade cove-beach on Coast Boulevard at the end of Jenner Street was perfect. Casa used to be a quiet spot on a weekday and not too crowded on the non-holiday weekends — around 1968 or so.

The reefs outside Casa Beach were where our parents used to dive in the 1950s. This beach was the best entry point for scuba divers who wanted to explore the deeper reefs and kelp beds. There are several colonies of sea lions that prefer the bluffs, near-shore rocks, and ledges that allow a fast way into and out of the water. Now, on the stretch of sand at Casa Beach, harbor seals are enjoying a serene pupping season from mid-December through mid-May. Since the construction of the seawall that created the Children’s Pool in 1931, only a quarter of the pool remains, as decades of surf has filled the rest with sand. This created the broad beach the seals now occupy.

The surf at the shoreline isn’t as safe for young humans as it used to be, but it is perfect for the harbor-seal birthing and raising of a pup. Harbor seals require a more calm entry and exit point to the ocean than sea lions to escape predators, though there are few orcas and great white sharks hunting them here.

For a close-up look and some history of the harbor seals in La Jolla, the Seal Society of San Diego will be giving a Walk and Talk during pupping season at Mangelsen’s Images of Nature Gallery from 2 to 3:30 p.m., every other Sunday through March 19. Attendees can learn about the harbor seal colony and then take a short walk to the beach to see the seals and the newborn seal pups.