Glass elevator with mosaics that change on every floor

Pick up this beauty for just under $14 mil 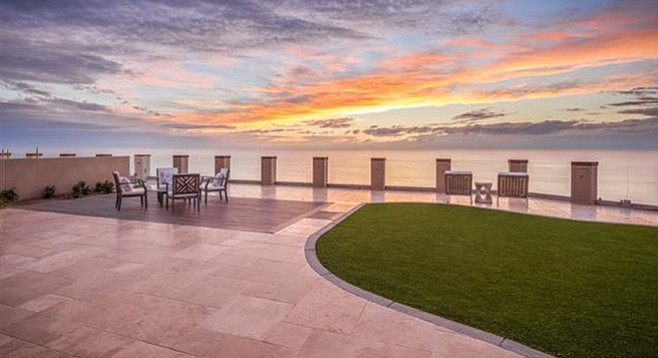 The “Venetian Villa” located at 828 Neptune Drive on a quarter-acre oceanfront lot, according to listing materials, “offers extraordinary finishes & expansive ocean views throughout.” 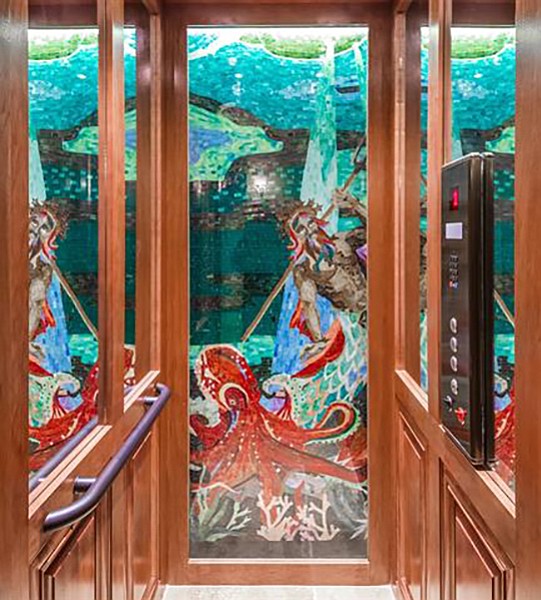 Mosaics are seen on every floor through the glass elevator

The newly built home, completed in 2016, features “frameless glass doors” that open to the blufftop patio, “bringing the outside in.” A glass elevator “with mosaics that change at every floor services all 3 levels,” providing convenient access to the home’s four bedrooms, five-and-a-half baths, and 5540 square feet of living space. There’s also a “custom wrought iron spiral staircase with a 27´Bocci glass chandelier” and stone-lined walls reminiscent of a European castle. 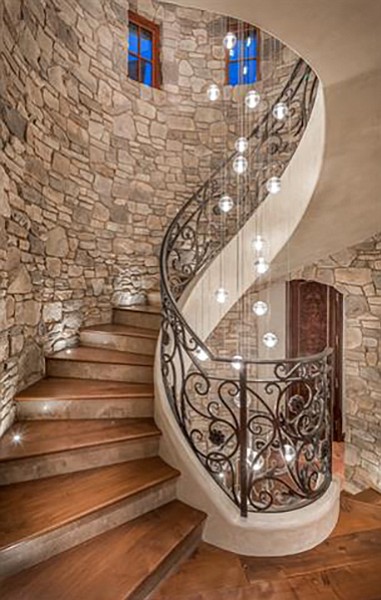 A Crestron home automation system handles the property’s lighting, security and surveillance systems, audio and visual components, heating and air conditioning, and even controls the window shades. Other touches include two steam showers, two hydro-jetted tubs, and a private sauna, along with a three-car garage featuring a car lift.

Public records indicate ownership of the property lies with Dr. Leonard M. Okun, a surgeon licensed in both California and Pennsylvania. The home’s current assessed tax value, even considering the newly constructed residence, is just $807,000.

It won’t come that cheap to the new buyer, however. The Venetian Villa, just listed for the first time on January 4, carries an asking price of $13,500,000. It can also be bought with the neighboring property at 824 Neptune, featuring many of the same design cues and chronicled in a September 2016 column, for $23,500,000. At the time it was noted that a recently installed seawall shoring up the blufftop lots for the homes had been a source of controversy, drawing the ire of the local Surfrider organization.