Life in Santa Barbara, 1979, “the time before America lost its individuality” 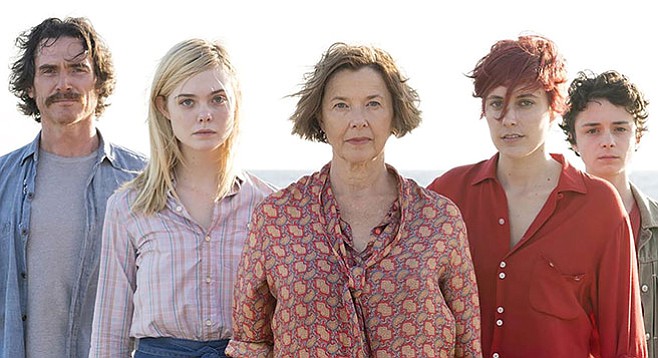 The characters in Mike Mills’s third feature, 20th Century Women, can’t wait to share their writer-director’s sketchy reminiscences of life in Santa Barbara, 1979. Mills calls it “the time before America lost its individuality,” but you couldn’t prove it by the the joint mother-and-son narration that opens the picture.

Once the fastidiously worded voice-overs commence — did we really need to know the make and model of the car blazing in the supermarket parking lot? — the characters seldom come up for air. 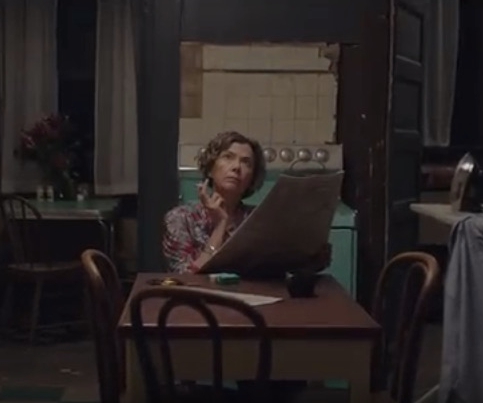 Mills’s debut feature gave reason to sit up and take notice. Hollywood has forever tried to show its moral conscience by cranking out dozens of “just say no” docudramas. You know the old adage that pot leads to harder drugs? Thumbsucker argues that psychotropic drugs lead to pot. It stands bravely alongside Gus Van Sant’s Drugstore Cowboy as one of the few American films that dares to ask what it is that drives society in the direction of self-medication rather than simply pointing out the collective monkey on our back.

But feature #2, Beginners, the Christopher Plummer/Ewan McGregor “my gay dad” dramedy, squandered too much of its running time deciding whether its narrative focus was the drama of a son coming to terms with his dead dad’s sexuality or a romantic comedy between that son and his new girlfriend. In the end, handling both plot throughlines proved too daunting a task.

20th Century Women lands somewhere between its two predecessors, with equal numbers of flaws (repetition and a reliance on verbs over visual action) and virtues (an at-times mindful discourse handed over by a near-perfect cast) that occasionally cancel each other out.

Dorthea (Annette Bening) was 40 when she gave birth to her son Jamie (Lucas Jade Zumann). Dad flew the coop early on, and once Jamie came of age, Dorthea was determined to strengthen her 15-year-old son — to give him a firm foothold in life. Knowing that it doesn’t take a man to raise a man, feminist Dorthea’s duly deputized surrogate “daughters” Abbie (Greta Gerwig) and Julie (Elle Fanning) are assigned the role of dual consigliere for the boy.

Lapsed-punker Abbie shows promise as a photographer and, in spite of Dorthea’s objections, tutors her charge in radical feminism. She also falls for William (Billy Crudup), a fellow habitue in the makeshift boarding house who acts as handyman in Dorthea’s never-finished Xanadu.

Julie, meanwhile, is the girl of Jamie’s dreams, but she is rendered off-limits by a strict “no sex with friends” policy. She’ll “do it,” just not with Jamie. That makes it difficult for a guy, particularly when Jamie’s ideal shares his bed. (She has her parents blessing. After all, it is the late-’70s!)

The underrated In Dreams marked a turning point in Annette Bening’s career. It was her first time playing a strong mother figure, and in numerous permutations since, Bening has left in her wake a string of uniquely single-minded performances. This is no exception: Dorthea has earned her spot in Bening’s Pantheon.

The one donut hole in the otherwise exemplary ensemble is Fanning, who, judging by her recent choice of roles in this and Nicolas Winding Refn’s unseemly Neon Demon, clearly longs to grow up fast on screen. That means an absolute rejection of the cookie-cutter kewpie dolls that came before. The moment Julie appears on bicycle, Marlboro strategically dangling, you’ll want to flick the butt from her lips, Father Flanagan style, and send the apple-cheeked urchin to bed without her supper. 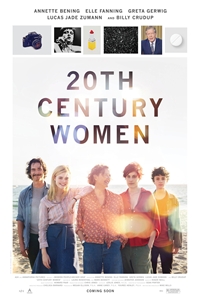 As of today, Fanning does not have what it takes to convincingly pull off the kind of role once befitting a teenage Juliette Lewis. Big sister Dakota had no problem making the leap from the cuddlesome moppet in I Am Sam to the lead singer of The Runaways. Even Hayley Mills eventually grew into more adult roles. There are plenty of Selena Gomez parts to go around. Until the time is right to make the leap to celluloid slutdom, why force it?

The film is well worth a look, if just for the performances; just know going in that director Mills calls upon his cast and script to do most of the heavy lifting. He even imposes an occasional switch into Koyaanisqatsi mode to give the illusion of smeary LSD trails. It’s an unnecessary stylish distraction that achieves the desired effect of drawing more attention to the otherwise sparkling dialogue.

DRUGSTORE COWBOY. That was a good one, Marks, van Can't was making some good ones until he SOLD OUT.

A shot-by-shot remake of "Psycho."