Tequila and hot tub dim the memory of calamitous 2016 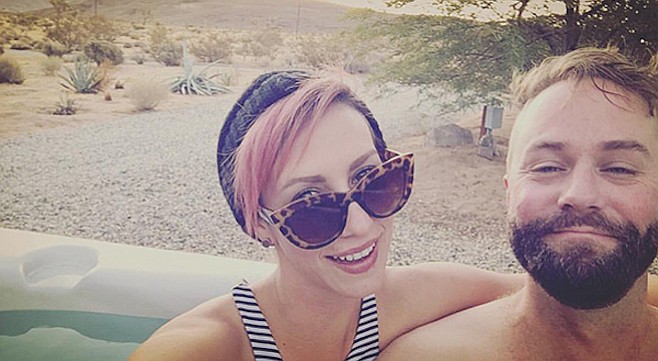 if you paid any attention to the reductive echo chamber of social media last year, you’d know that 2016 was without a doubt the most merciless hope-strangler in all recorded history. For one thing, just about every musician, actor/tress, third-world politician, and peripheral celebrity worth 140 characters of sentimental Twitter babble managed to kick the bucket. Then there was Orange Hitler blitzkrieging the nation with an unanticipated presidential election, Aleppo, Hurricane Matthew, the Chicano Park tragedy, Pulse, the Brussels bombing, Bastille Day in Nice, Ghost Ship, and too many more. If only to twist the knife, the inventor of the red Solo cup succumbed to stroke complications in late December, underscoring the year’s unofficial slogan: “Party’s Over 2016” (or, according to around 94,000 Facebook posts, “#fuckyou2016”). 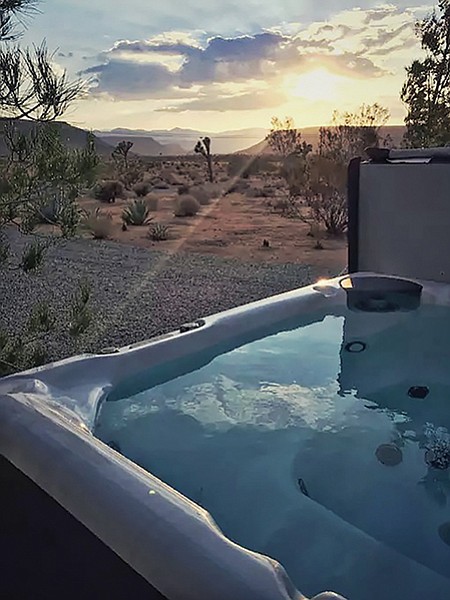 Loath to admit that the #blessed times really are a distant memory and the only good news is fake news, my girlfriend Brooklyn and I fled civilization in mid-December to celebrate my 32nd birthday in relative solitude. Brooklyn found an Airbnb Jacuzzi and cottage rental outside of Joshua Tree, so we passed most of the weekend sipping tequila in the bubbles as sheets of sand and rain swept across the valley. 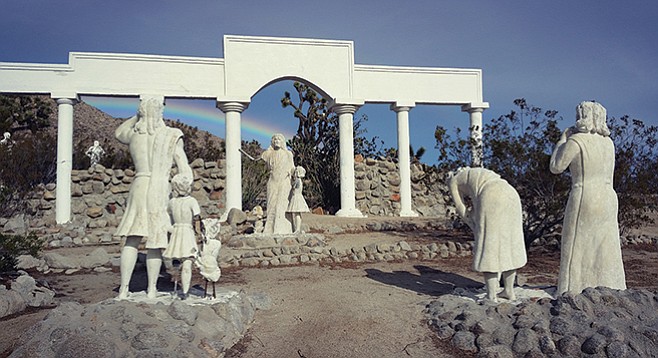 An omen fills the sky above Desert Christ Park.

But apocalypse was hot on our hoodie strings as we wandered into Desert Christ Park on the edge of town. The five-acre garden of 40 ash-white statues was built by artist/engineer Frank Antone Martin and dedicated on Easter Sunday 1951 by the Reverend Eddie Garver. At the time of its inauguration, the park was home to just one piece: Martin’s ten-foot-tall, five-ton Unwanted Christ. Conceived as a symbol for world peace, Martin’s sculpture was denied its intended perch on the rim of the Grand Canyon due to separation of church and state issues and ended up on Garver’s hillside plot overlooking main drag Yucca Valley. Since then, the park has fallen into eerie disrepair. A 1992 earthquake shook loose many a sculpted head, foot, face, and hand, exposing wiry, rusted rebar bones beneath. Martin’s jilted vision of peace, concrete as it may have been, is crumbling in time. We huddled in the wind snapping photos and, as if it were an omen from Unwanted Christ himself, a rainbow appeared above the dilapidated figures. The world is shattered shit, it seemed to say, but there’s hope over them hills. 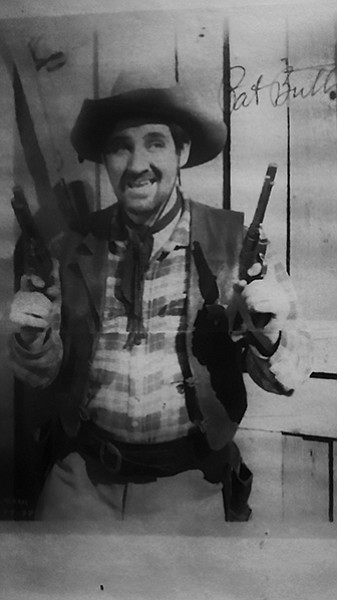 Actor Pat Buttram was one of many Wild West stars to film at Pioneertown in its heyday.

Or maybe not. Maybe we’re all doomed. It didn’t matter much as we tequila-tubbed through sunset. World be damned, we were content to marvel at the fact that Uber works in the middle of nowhere and by the time we arrived at the movie-set cantina of Pappy & Harriet’s Pioneertown Palace, the global calamity of 2016 felt like something from another lifetime. So, for that matter, did the bar. Built in the ’40s as part of a live-in Wild West film set, Pappy & Harriet’s opened its doors to the public in 1982 as a Tex-Mex restaurant and music venue. These days, the bar is one of California’s most renowned off-the-beaten-path stops for indie and mainstream acts alike. The interior suggests you’ve stumbled into a carnival shooting gallery where, at any minute, a crotchety miner will pop up by a taxidermied moose head squealing, “Easy does it, pilgrim!” 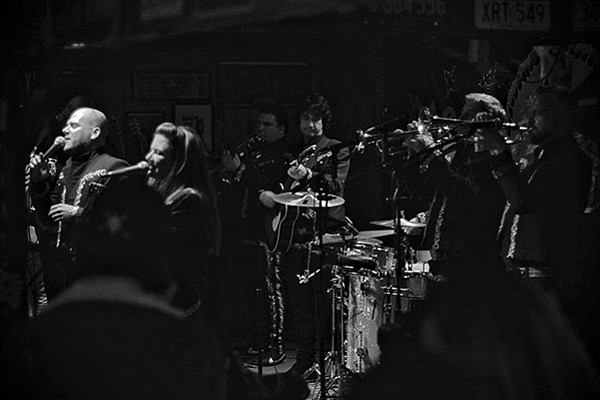 Mariachi El Bronx ended the year on a high note at Pappy & Harriet’s.

Instead, Mariachi El Bronx answered the age-old inquiry: what happens when an L.A. hardcore punk band trades in their black tees and jeans for charro suits? Pure magic, as it turns out. Ecstatic trumpets and thumping guitarrón left the crowd howling for an encore, and they got it. Forget what you heard, 2017. The party is just getting started.