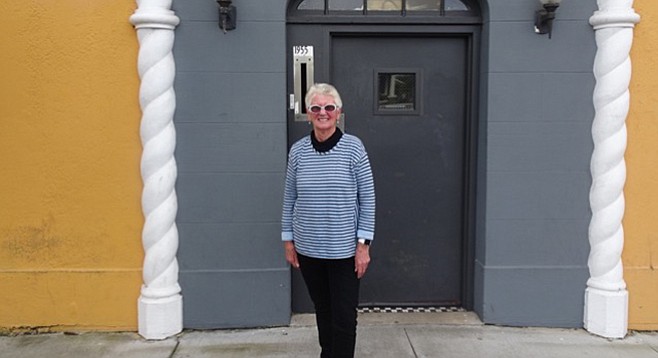 “I wanted to have musicians who’ve played here before,” says music promoter Bonnie Wright. She’s on the verge of celebrating 20 years of her Fresh Sound music series. “And our very first concert featured Steve Schick and Vanessa Tomlinson back in February of 1997. Steve is very busy now and Vanessa lives in Australia, so I’m grateful they can reprise that event.” 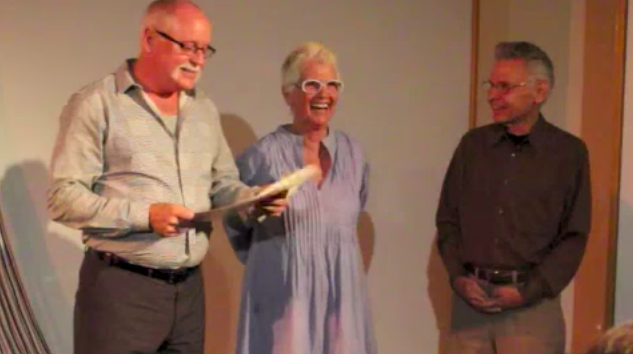 What wisdom has Wright gleaned over two decades in the concert business? “I’ve learned to listen better. I’ve learned to trust my own judgment more when I hear someone in New York that I might want to bring to San Diego, and I’ve learned to organize things in a way that seems to work.

“Altogether there will be seven concerts, but I’m only announcing the first four right now. I tried to keep a mix between musical diversity and practicality, because a lot of the people who have played here in the past have become more famous and I can’t afford them anymore!”

I asked Wright if she ever took time to reflect on the 200 or so shows she’s produced. “Every once in a while I do. Especially when I’m updating the website and see some of the history. I’ve had some big names, like Steve Lacy and Terry Riley. On the other hand, [trombonist] Michael Dessen was still a student when he first played Fresh Sound. He’s coming back in the fall.”

To keep costs down, Wright has often invited the musicians to stay in her Mission Hills home. “I love that part. Luckily I have the extra rooms, and we become friends that way. We get to hang out and talk, and I usually take them sightseeing. Getting to know the musicians is one of my favorite parts of doing this.”

Even still, the last-minute preparations on concert day can take their toll on her nerves. “It’s very stressful, but part of that is just me, because I’m very detail-oriented. I do have help setting up the chairs and taking in the tickets, though. I guess the most stressful part is hoping there will be enough of an audience to make it worthwhile to the musicians.”

In response to the ever-rising cost of doing business, Wright has decided some things needed to change. “After 20 years, I am finally raising the ticket prices to $20, although I’m keeping the student price at $10.”

Might there be a 30-year Fresh Sound celebration? “I have a motto,” Wright explains. “It’s to kick ass until I can’t.”

The Fresh Sound series begins February 24 with Steve Schick and Vanessa Tomlinson; continuing March 15 with the Chris Speed Trio; April 13 with Kjell Nordeson and Oyvind Brandstegg; and May 18 with Lukas Ligeti’s Notebook. All concerts are held at Bread & Salt (1955 Julian Avenue) at 7:30 p.m.