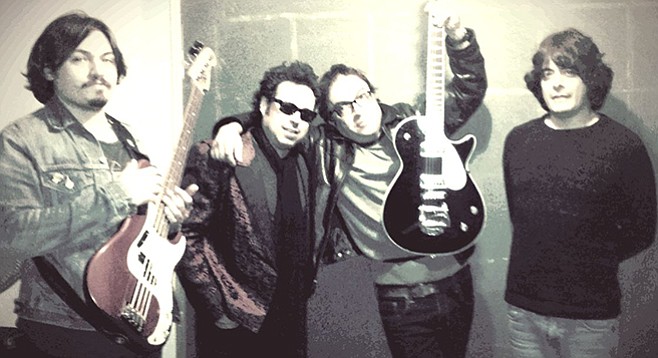 “Relampago-go Records is releasing Songs 4 Swingin’ Sinners on marble blue vinyl,” reports Andy Rasmussen of the upcoming EP from Action Andy & the Hi-Tones. It’s the latest wax offering from the band, which also recently reissued their High and Lonesome LP in a red vinyl edition of 300 copies. 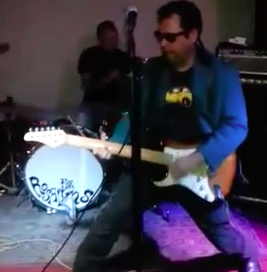 “There’s something very real and tangible about vinyl that you can’t get from digital media. There’s the music, of course, the artwork, and reading the liner notes; plus, it always amazes me how all this music can blast out of such an itty-bitty needle. Since the EP songs have some sinister titles, we aimed at a Halloween release, but we had to wait because the pressing plant was backlogged. So, yeah, it’s great that vinyl is on the upswing, but the demand is causing some delays for bands.”

Songs 4 Swingin’ Sinners debuts February 18 at the Black Cat Bar. “We’ll be doing songs from the new EP, plus our own brand of garage-a-billy classics, or whatever you wanna call it. Maybe we’ll throw in a Johnny Kidd and the Pirates or a 13th Floor Elevators song. It’ll also be our bassist Jeremiah Silva’s last show with us, so we want to make sure we give him a good sendoff.” The bill includes the Santa Ana Knights and Johnny Deadly.

Other locals with all-new vinyl releases on the way include the Bombpops, Jason Lee & the R.I.P.tides, Planet B, and the Mattson 2, with wax reissues dropping from the Lulls (Island of Daughters) and Pepper (No Shame).

“For our fans and friends who don’t have a turntable yet, we will have digital downloads of Songs 4 Swingin’ Sinners on our Bandcamp page,” says Rasmussen, who makes it clear that he thinks the tangible version is the more valuable purchase. “We only pressed 300 copies on vinyl, and if you throw them like a ninja star I’m sure they can do some serious damage to kneecaps.”