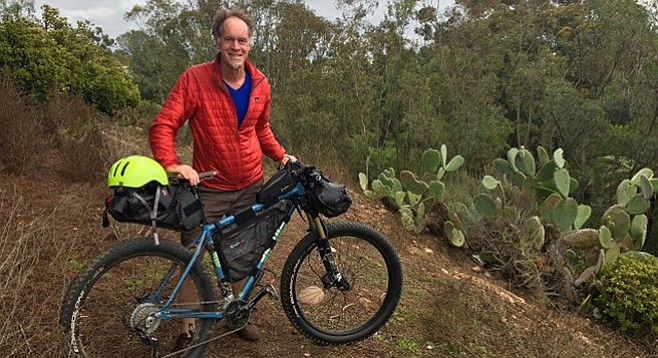 “I’ve been going out to Otay Lakes to train,” says local jazz bassist and bicycle aficionado Rob Thorsen. “Just riding up and down the trails, getting muddy and testing the limits of my bike.” On January 15 he plans to embark on a 300-mile off-road trek through Baja California.

Thorsen found out about this bike trip on the internet. “These two people, Lael Wilcox and Nicholas Carmen, built this site called bajadivide.com after exploring the area for months, and with GPS coordinates they created this trail. It’s not an organized tour, but they have all kinds of useful information on where you can get water, food, supplies, a hotel, or hospital. The site has all this information — but you are basically on your own. I’m just doing the northern segment. It starts in Tecate and finishes in this little town called Vicente Guerrero. We plan to spend about seven or eight days doing it, and then we’ll take a bus back to the border.” 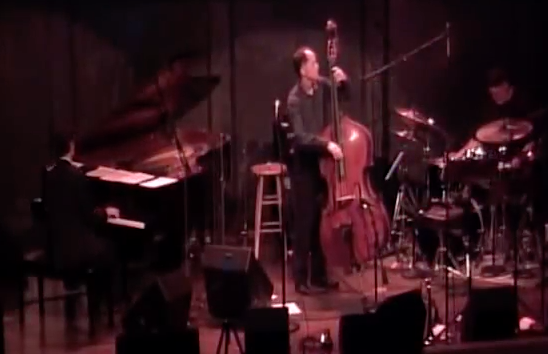 ...by the Rob Thorsen Trio

That sounds like a taxing grind, but Thorsen is no stranger to long-distance bicycling. “I’ve been doing this since I was a kid. When I was 15, I rode with a YMCA group down from San Francisco, and I rode from Canada to San Diego when I was 17. I toured Europe on a bike and did six years as a bike messenger in the Bay Area. But I’m not some lycra-wearing hipster that doesn’t smile. I’m into the community aspect of riding.”

I wondered if Thorsen had any worries about adventuring south of the border. “I’ve traveled a lot in Mexico, and this route is completely off-road. It doesn’t have anything to do with Highway 1. Personally speaking, I love the country, and I feel really safe there. I also speak enough Spanish to get by. I think the people down there have a lot of integrity. I find that making eye contact and being friendly to people helps. I also carry a bunch of CDs to give away as a friendly gesture. I might even bring a pack of cigarettes [Thorsen doesn’t smoke], which can sometimes ease the tension of a dicey situation.”

Thorsen’s taking the trip on a Jamis Dragonslayer. “My bike has big fat tires with self-sealing goop in them instead of tubes, because there are tons of cactus and thorns and stuff. We hope to average between 35 and 50 miles each day, but the route starts out at about 4000 feet, so that might be a little slower.”

Still, he believes in having a contingency plan. “If there’s an emergency, it’s not like you’re in the middle of nowhere,” says Thorsen. “I mean, people are pretty helpful, and there’s pickup trucks and stuff if you wreck your bike or need to go to the hospital.”

One of the bikes in that party was stolen ourside Cafe Jardines, in Lazaro Cardenas, as they were eating.