The Devils and Fu Manchu 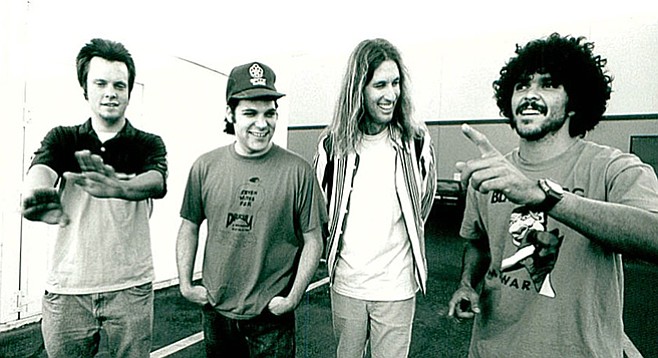 Thursday 5
The Year of the Devil begins in earnest Thursday night, when rootsicana band Devil Makes Three takes the stage at the Observatory and the “Devil’s 3 Way” hits Casbah. I jest, they’re not so bad: Devil Makes Three is a trio of “neo-ragtime, -folk, -country musicians with a punk attitude.” The SanFran band is touring in support of their fifth record, Redemption & Ruin, “an album of covers that is divided equally between songs of sacred striving and secular abandon,” according to PopMatters. See, good folk...and that Devil’s 3 Way in Middletown features ska-punk party bands Buck-O-Nine (SD), Voodoo Glow Skulls (L.A.), and the Porkers (Newcastle, Australia). All smiles as you skank the night away. Though, Casbah Presents curated both these shows, and their phone digits spell H-E-L-L. Just sayin’.... Try as I might, it’s too early to parse the band name The Number 12 Looks Like You, let alone their brand of “grindcore mathrock.” It’s a neck snapper. [The band name is from a Twilight Zone episode, and they prefer “avant-garde metal” (they’re also into Zappa and jazz) — Ed.] The quartet from Fair Lawn, New Jersey, will take the stage at Soda Bar after Vegas-based post-core band Stolas and SoFlo (Broward County, represent!) mathcore quartet Fero Lux.... Else on Thursday: Brick by Brick books hard-rock “supergroup” Resurrection Kings (feat. guitarist Craig Goldy and drummer Vinny Appice of Dio) with likeminded locals Symbolic...and alt-rock British band Gene Loves Jezebel plays Belly Up after Carrie Gillespie Feller’s (Ilya, Lunar Maps) dark-pop solo project Hexa. 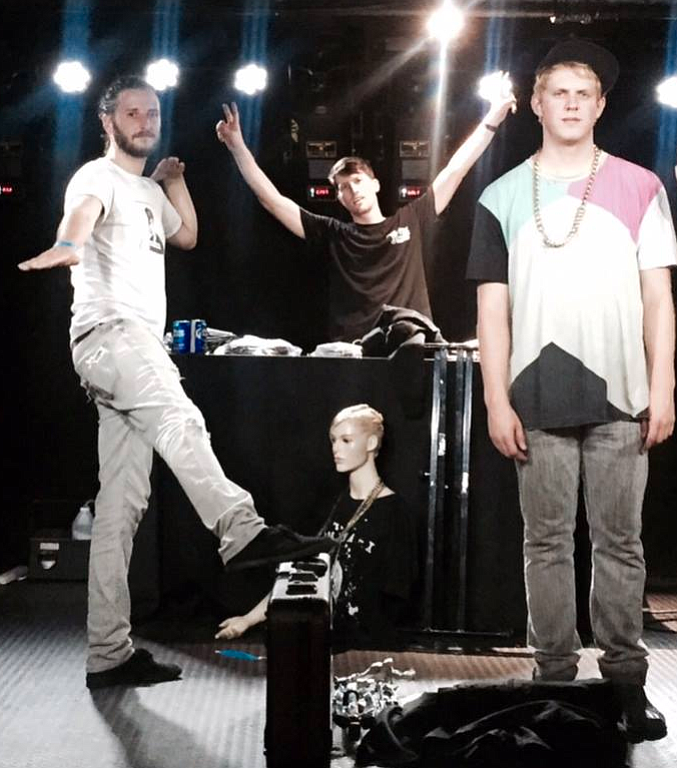 Soda Bar sets up TV Girl with Lanterns on Saturday.

Friday 6
L.A. via SD indie-pop band TV Girl plugs in at Soda Bar after local melodic noise rockers Lanterns (where have those dudes been since 2010?). TV Girl is Brad Petering, Jason Wyman, and Wyatt Harmon, an electropop trio that describes its music as “something you can sing along to, but wouldn’t sing around your parents.” They are touring in support of their latest record, Who Really Cares, an album “about sex, or lack thereof, and the consequence, or lack thereof.” Beyond the pithy one-liners, TV Girl’s latest “combines the aesthetic of ’90s hip-hop with modern psychedelic pop and chillwave” (bandwagmag.com). I’m exempt from listening because I don’t much care for any of those things; Lanterns, on the other hand, and I can tell you first hand, is a hella fun rock band. I think the two groups came up together in last decade’s Ché Café scene.... Anyway, onward: Long Beach hip-hop veteran Warren Griffin III, aka OG Hemingway, aka Warren G, has the mic Friday night at the Observatory. G’s touring in support of last year’s Regulate...G Funk Era, Pt. II, a sequel to his 1994 debut, a record many rap critics consider tops in the West Coast genre...local “balls-out” punk-rockers Revolt-Chix headline sets by Zombie Surf Camp and the Pictographs at the Merrow in Hillcrest...while the Soul Search Council deejays ­— DJ Claire, Mike Turi, Ms. Angie, Mark Garcia, Pat & Lety Beers, and Mr. Mazee — will be spinning dance discs in Casbah’s main room, while Lady Dottie & the Diamonds bangs out two sets in the Atari Lounge. 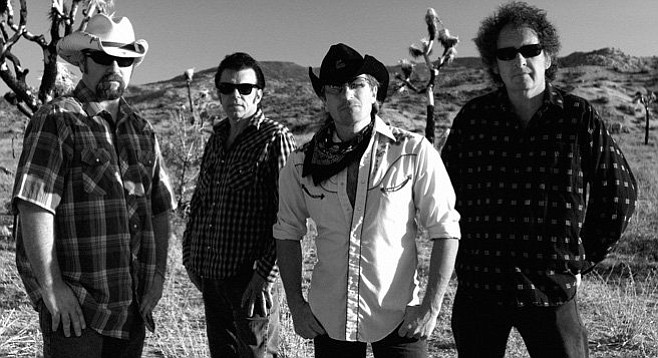 San Diego roots rockers the Farmers headline their annual Hootenany at Belly Up.

Saturday 7
The Seventh Annual Beat Farmers Hootenany hootenans at Belly Up Saturday night, featuring the Farmers, the Paladins, and Joey Harris & the Mentals. From the Belly Up bill: “The Beat Farmers sound like Bo Diddley, CCR, Joe South, and the Yardbirds, ham fisted into a food processor, stuffed into a shotgun shell, and blasted into a beer keg at three in the morning...in Faron Young’s rumpus room.... Over the years, the Beat Farmers turned in to the Farmers, and lost a couple of fixtures along the way, Country Dick in ’95 and Buddy Blue in ’06.” This night is as much a tribute to those two rockin’ rabble-rousers as it is a reunion of old friends, a reason to drink too much, and a reminder that the San Diego sound has roots, too. See you in Solana Beach Saturday night.... Around town: SoCal stoner-rock staples Fu Manchu play Casbah behind their latest “primitive, raw, and ultra fuzzed-out” album, Gigantoid. L.A.’s sludge-metal vets 16 will open the show in support of their new Relapse Records record, Lifespan of a Moth. Late change, Babys: the Fu's canceled the show and the Loons got the slot, along with the Schizophonics and the Grids...San Diego’s indie-rock favorites Grizzly Business will play a record-release for Spanish Old-Fashioned at Soda Bar after Inspired & the Sleep and Spero...surf-rock stalwarts Jason Lee & the R.I.P. Tides drop in at Tower Bar...while the San Diego Soul Club convenes at the Merrow where the Debonairs, the Revivors, and the Mochilero All Stars will play your recommended daily allowance of soul ’n’ roll.