The Reader's top music stories of 2016 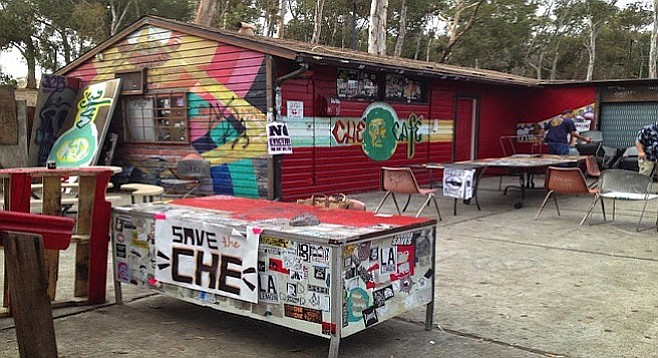 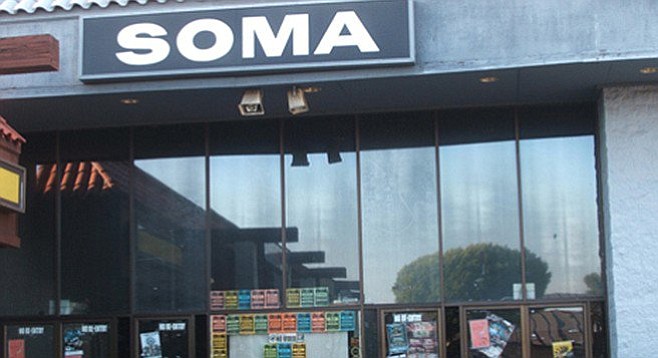 After three decades dry, the all-ages Soma served beer at three shows and says to look for more hops in 2017.

After three decades dry, Soma served beer at three shows and says to look for more hops in 2017.

Departing in 2016: It was announced the downtown pop-up venue called Quartyard, which hosted headliners such as Stephen Marley and Skrillex, would have to move to make way for a high-rise.

Meanwhile, the 1500-capacity downtown concert venue known as 4th&B was sold to a Tokyo-based residential developer and appeared headed for destruction. 4th&B has been dark since 2013 but was rented by Avalon Hollywood, which promised to rebuild it into an EDM haven. Those plans were apparently dashed by the huge success of dance mecca OMNIA.

After 33 years, the weekly summertime La Jolla Concerts by the Sea series was canceled due to lack of sponsorship. The Scripps Park locale had hosted family-friendly headliners such as Zydeco Patrol, the Bill Magee Blues Band, and Bastard Sons of Johnny Cash.

UCSD’s Ché Café was to get “evicted” in March 2015. A year and half later the all-ages venue still hosts up to 20 shows a month...without a lease.

No covers: Following the lead of the Bancroft Bar in Spring Valley, three music venues previously dedicated to cover bands started hosting original bands. The big twist is that there is no cover charge, yet the bands get paid. The Salty Frog in Imperial Beach, the Pour House in Oceanside, and the Manhattan in Chula Vista found the format worked. 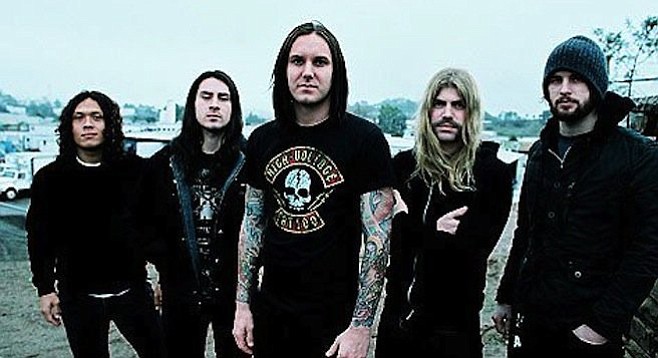 As I Lay Dying’s Tim Lambesis (center) suing doctors from prison to the tune of $35 million. Meanwhile, his old bandmates bring Bay Park bar Brick by Brick back to life with some very heavy metal.

Rebuilding the Box: In October, the Belly Up Tavern talent-buying team headed by Chris Goldsmith was brought in to redirect the programming of the Music Box in Little Italy. The 700-capacity venue reopened in the fall of 2015 in the space formerly occupied by Anthology. Goldsmith said he planned to steer the three-story music venue toward EDM, Latin, hip-hop, and R&B, a niche previously filled by the Observatory and House of Blues.

It’s a bust: As I Lay Dying singer Tim Lambesis was sentenced to six years in prison in 2014 for attempting to hire a hitman to kill his estranged wife. He made news in September when it became known that he filed a $35 million lawsuit against a California medical team for negligence, saying the team failed to administer prescribed medication given to patients dealing with the side effects of withdrawal from anabolic steroids, which the suit claims led to gynecomastia (enlarged breasts).

Metal of honor: When the Lambesis affair led to the end of As I Lay Dying, three former bandmates (drummer Jordan Mancino and guitarists Nick Hipa and Phil Sgrosso) bought the struggling Brick by Brick. After upgrading its sound system, the well-connected rock veterans succeeded in getting European metal heavies to play their 400-capacity club. Outside promoters like the Casbah have used the club for artists that outgrew their 200-capacity venue. Over the summer, Brick by Brick boasted six consecutive nights of sold-out shows. San Diego is not known for its metal fans. But local headbangers have apparently found a happy home.

Is nothing sacred?: You know something is going on when the live rock scene is so healthy that bands start playing at Anthony’s, Ensenada’s famous strip club. Two other Ensenada bars now feature Mexican and yankee rockers on weekends. The Ensenada rock explosion echoes the Tijuana scene already in progress. 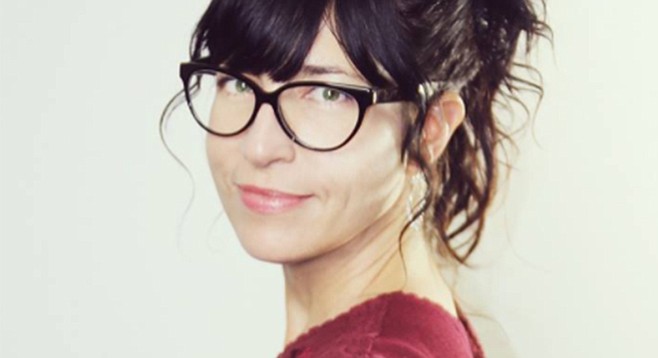 Radio vet Chambers returned to 91X from FM94/9 when that station announced it would start broadcasting Padre games.

TV gets rocking: Most major cities have none. San Diego now has two locally produced TV shows dedicated to music. In May, KGTV/Channel 10 brought on former Fox Rox producer Scot Richison to launch Unherd, which airs every Saturday at 11:45 p.m. Unherd focuses more on the big picture and nationally known artists. KNSD/NBC7’s SoundDiego, which comes on after Saturday Night Live, emphasizes local bands and venues. Both half-hour shows have been renewed for 2017.

Big radio question mark: When San Diego’s 20-year radio veteran Hillary Chambers segued from FM94/9 to 91X in June, some wondered if it foretold of a format change. When Padres play-by-play hits the FM94/9 airwaves in March, displacing hours of alt-rock, many wondered if the station would take the plunge and go all-in on sports? Officially, station management says that pitcher Colin Rae mixes just fine with Green Day. But there are two alternative stations in town and neither has impressive ratings.

Milestones: Shortly after Candye Kane died of cancer in May, some 100 of her closest friends and neighbors staged a Mardi Gras–style parade in the streets of Oceanside to celebrate her colorful life with instruments, sequins, and boas. The burlesque boogie queen was lauded by assemblywoman Toni Atkins with a proclamation naming November 13 “Candye Kane Day.” She would have been 55.

The annual San Diego Music Awards didn’t happen for the first time in 25 years. But founder Kevin Hellman said they didn’t actually die. Hellman, after backing out of producing the ceremony, changed his mind and said he’d come back to run them after all. The 2016 awards event will be held in the spring at the House of Blues.