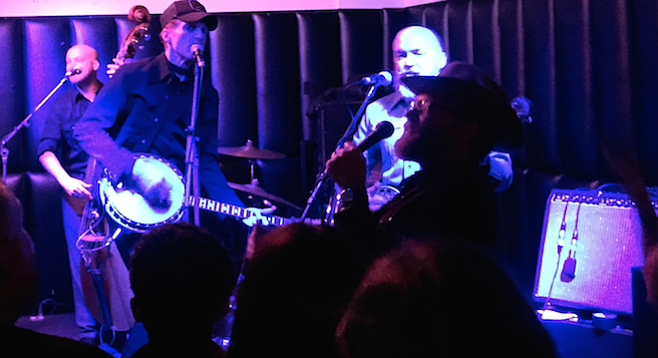 How does one begin to describe Slim Cessna’s Auto Club? The band, forming 25 years ago in Denver, defies categorization, though many have tried. Some have labeled their sound — a wickedly enchanting mix of country, folk, Americana, gospel, and more — as experimental rock, alternative country, and gothic Americana (a term Cessna has said he favors). Whatever the name you slap on it, there’s one thing you can’t deny about SCAC’s music, particularly in a live setting: it’s wildly entertaining.

"This Is How We Do Things in the Country" 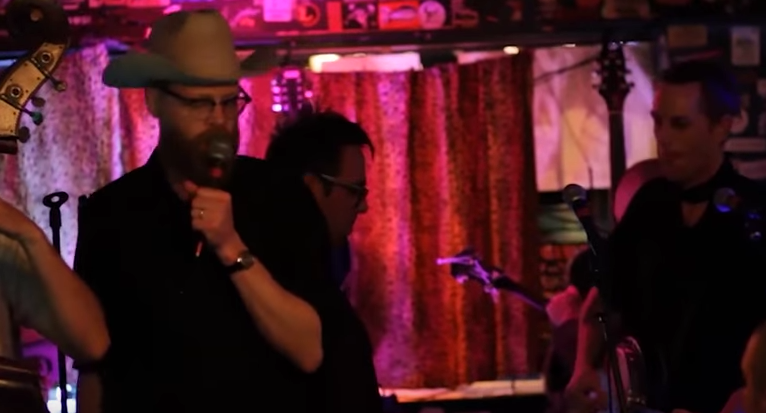 Sauntering on stage at the Soda Bar on this stormy night, the six-piece revealed an arsenal of instruments that would help produce their wall of sound — from a pedal steel and multiple banjos to an upright bass and Lord Dwight Pentacost’s eye-catching, custom-designed, double-neck guitar.

Opening the show with “Commandment 7,” from last year’s The Commandments According To SCAC, was a divine sign for those unfamiliar with the band’s penchant for religious-infused songs. Preaching from his musical pulpit about God and the devil while addressing more traditional backwoods themes like drinking and knocking people off, Cessna slipped out of the purple light and into the shadows of the audience to greet his devout followers during “This Is How We Do Things in the Country.”

Along with his sidekick, co-vocalist, and principal songwriter Munly Munly (a David Byrne kind of crazy), Cessna closed the hillbilly hootenanny’s main set with “That Fierce Cow is Common Sense in a Country Dress,” encouraging all those seeking sanctuary in the Soda Bar to “get a little higher.”