Camp Shred hits the beach on March 11 and 12 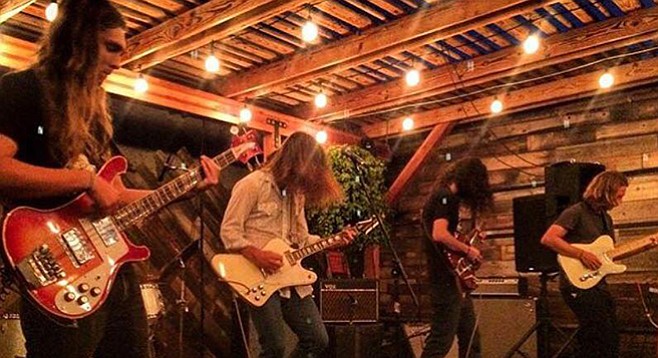 It was never this good in Beach Blanket Bingo. Kut U Up’s singer/bassist Chris Cote assembled the lineup for Camp Shred, a combination campout, beach party, music fest, and surf-industry demo held at the Cardiff State Beach campgrounds. It’s free, all ages, and there’s a beer garden if you’re 21.

“You can camp the whole weekend,” says Cote about Camp Shred, March 11 and 12. “The surf and skate industry will be there with booths to let you try out the latest wetsuits and boards. The stage is on a bluff on a tractor trailer right in the middle.” 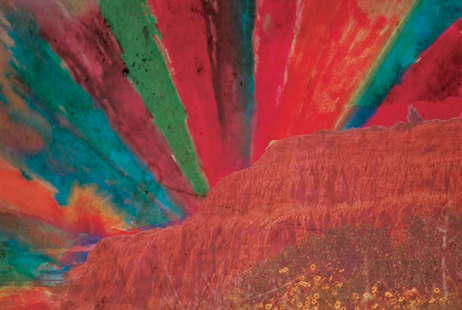 Cote says Camp Shred will mark the debut of the Mitchell and Messer Tropadelic Jam, including guitarists Isaiah Mitchell (Earthless) and Gabe Messer (Harshtoke, Drowning Men). Cote will spin vinyl and host a trivia contest. “We’ll play a song from a classic surf movie and the first person to run up and tell me what movie it’s from wins a prize.”

While their name suggests a metal band, Encinitas-based Monarch is different from other local longhair psych-rockers such as Joy or Earthless. “We love all that stuff but they are a lot heavier,” says singer/guitarist Dominic Denholm. And like their jammin’ elders the Allman Brothers, they also have vocals.

Their name Monarch, he says, is more about the butterfly and a unity with nature than a governing entity.

Denholm says the chance to play with Mitchell at Camp Shred brings him full circle. “In middle school we used to get guitar lessons from Isaiah.” Mitchell worked and taught at Moonlight Music in the La Paloma Theatre building.

“To us, Camp Shred is like a surf party on the beach,” says Denholm. “You don’t get to do that anymore. This is, like, in our own backyard...or I guess you could say in our front yard.”

Camp Shred is presented by Surfer magazine, which just became the biggest surfing mag in the lineup. “Surfing magazine just folded,” says Cote about the 53-year-old glossy. “I know a lot of good people losing their jobs. It’s a bummer. The same thing happened to me.” Cote was editor of Transworld Surf when it folded in 2013.