Madman's dream, A Cure for Wellness 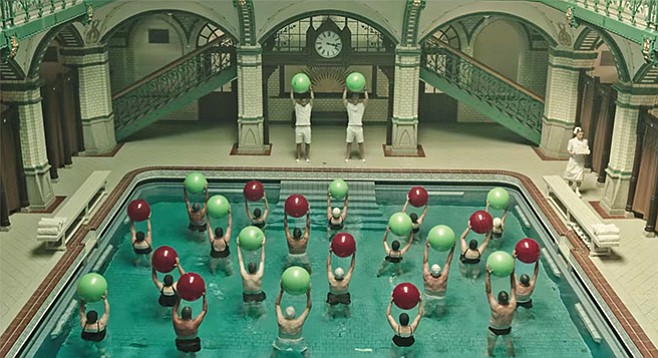 With Pirates of the Caribbean, Gore Verbinski took a silly-spooky theme park attraction and built it into a multibillion-dollar defense of bucking the system and living by your wits. With A Cure for Wellness, he takes the campy dread of Hammer Horror films (Horror of Dracula, et alia) and builds it into a a gorgeous, epic assault on anti-immigration sentiments in Europe and elsewhere. (Yes, I’m serious.) True, it’s long and indulgent, littered with loose ends, unexplained details, and a few outright absurdities. Also true: despite those flaws, it remains solidly built, masterful with mood, and just wonderful to look upon.

Of course, if you’re going to ultimately condemn those who wish to build a wall against the leveling forces of technology, democracy, commerce, and racial mixing, it’s dramatically wise to give them all the credence you can at the outset. So the film opens on a professional man working both too hard and too late at his computer, with only a photo to connect him to the family waiting at home. Beset by chest pains, he heads to the water cooler for a drink, but it’s too late. (As he collapses, he topples the water jug, and the spreading wetness heralds the liquid nightmare to come.) Who could argue with the claim in the narrated letter that follows, that there is something sore amiss in humanity’s frantic grasping for material gain and illusory power? Perhaps it really would be better to retreat to a simpler, happier life — say, at a castle-cum-spa in the Swiss alps?

That’s what Dane DeHaan’s boss did, and now the young Turk has to go and fetch him, lest his company’s big merger fall through and his personal backside get paddled by the SEC. The casting of DeHaan, who looks rather similar to a young Leo DiCaprio, is inspired, given DiCaprio’s turn as a visitor to a mysterious hospital in 2010’s Shutter Island. Here as there, our hero is plagued by the creeping feeling that either the world’s starting to slip or he is. And here as there, those in authority seek only what’s best for him — honest — even as he grows increasingly hostile and afraid. Those awful things you thought you saw? The writhing eels in the sensory deprivation tank? Merely an effect of the toxins leaving the system. Tell me, how did your father die? 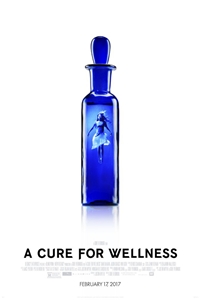 Verbinski does not make the mystery at the film’s heart especially difficult to unravel. Nor does he do much to obscure the significance of the young beauty who DeHaan sets out to rescue in place of his boss. Rather, with A Cure for Wellness, he wants you to sit back, relax, and enjoy the big-budget-B-movie execution. Yes, that really was a suspicious figure pulling back a curtain to spy from an upstairs window. Yes, that really is a bald-headed Igor carting corpses into an underground chamber. And, oh hell yes, that really is a mad scientist’s laboratory outfitted with a vampire’s boudoir. I’d say it puts the “grand” back into “Grand Guignol,” if it weren’t for the earnest moral condemnation at its heart: the real crime against nature is the use of the world’s wretched refuse to prop up a madman’s dream of civilization.

Day-um Lick, so you've finally come around and actually liked something! I don't see anything about immigration here, rather just some prevert contro-freak scientist trying to emulate some weirdo baron from 200 years ago.

Lockhart finds how vacant his life has been and matures a little in the process, and actually learns to have feelings of self-sacrifice for his fellow man, or woman in this case, which he never had before ( "Get her something," he instructs a secretary after being reminded of his mother's birthday).

The other plus is the choice of Mia Goth as an unattractive patient, instead of going the standard route of casting some hot mode-type as the "heroine" and Jason Isaacs is deliciously evil.