Honey's Bistro & Bakery is anything but boring

Longtime Encinitas cafe easy to miss, but not to forget 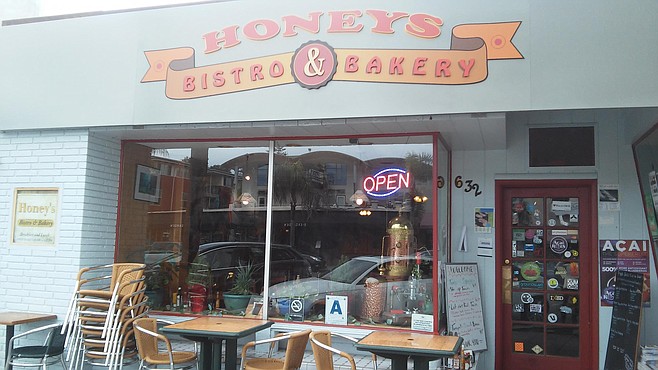 When I first walked into Honey’s Bistro & Bakery in downtown Encinitas, I had one of those déjà vu moments. I was so sure I had been there before, but I hadn’t. A new friend had suggested we meet there. I drove up and down South Coast Highway searching for it, and finally found it squeezed in between a boutique and the new Taco Stand. How could I have missed it? For over a decade it turns out? 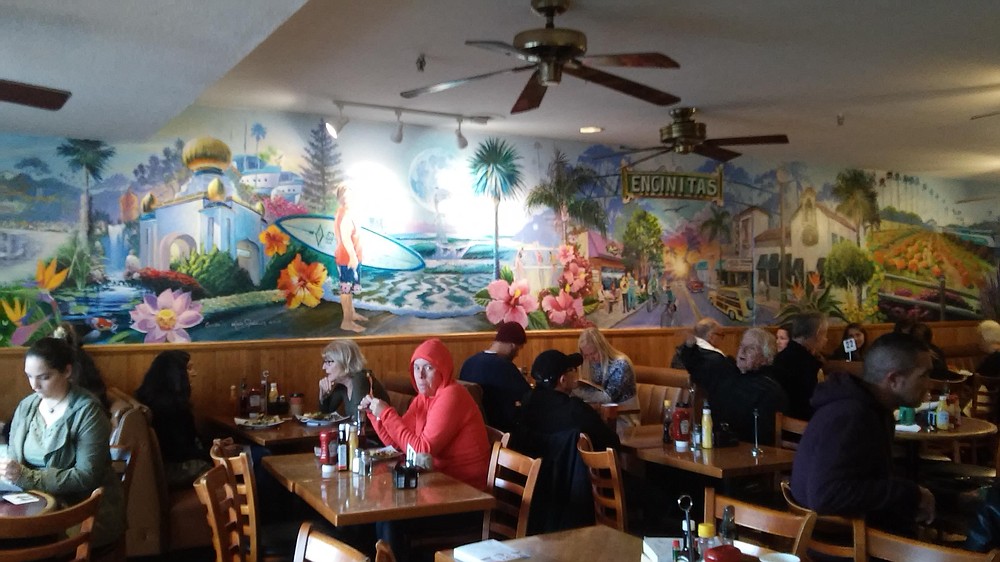 Honey's is as eclectic as the owner's popular Swami's Cafes.

Then it came to me — it was like Swami’s! The bistro felt familiar because of the brightly colored murals on the walls, and the menus on chalkboards. In fact, later, when I did a little research, I found out that it’s owned by Jaime Osuna, who also owns three Swami’s restaurants.

The food was the same, but different. They do, in fact, have Swami's popular açaí bowl made with their homemade granola at the bottom, topped with the açaí mixture and blueberries, raspberries, boysenberries, local fresh bee pollen, coconut, and honey.

The place was packed, and I saw a few surfer dudes eating the açaí bowls, but the hot breakfasts of banana pancakes and egg scrambles seemed to be what everyone was eating.

There is an entire chalkboard devoted to eggs Benedict, and my new pal and I both chose one. She picked the lobster eggs Benedict and I went with the traditional. Both arrived quickly, and we dove in. The eggs were fresh and not runny, but with just enough yolk to not leave the breakfast dry. My friend had to look a bit for the lobster, but when she found it she was excited. 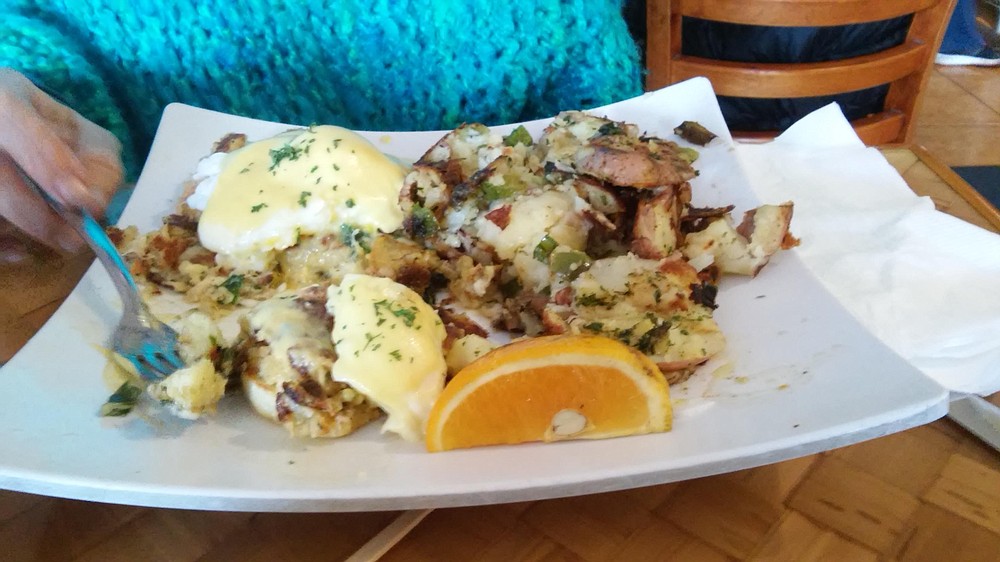 The banana pancakes are a hit with the crowd, but we went with the eggs Benedict at Honey's Bistro & Bakery.

“OK, this is really, really decadent,” she said, putting a forkful of lobster and egg into her mouth.

I enjoyed my own anything-but-boring egg dish. The toast was crispy enough, and the hollandaise sauce was creamy. I could taste a little paprika and lemon, and I mopped up the sauce with my English muffin and egg.

We sat in the busy cafe eating our breakfast and sipping espressos while people waited in line for food and a table. I don’t know what Mr. Osuna’s secret is to his successful restaurants, but whatever it is includes great food and a magical setting.

Good stuff - Swami's took over what's been a perpetually-doomed location near me by Sports Arena, and the place (unlike La Mesa, which I also frequent) is constantly dead. Can't figure it out...