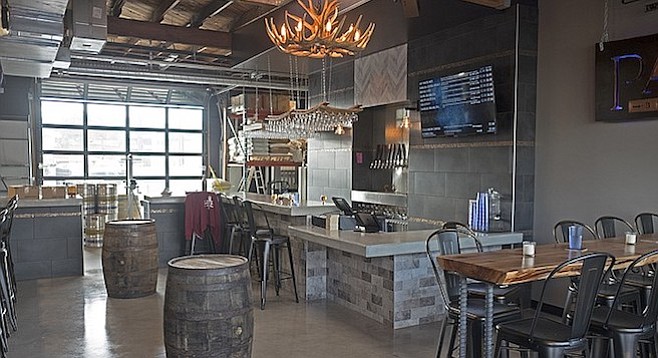 North Park's brewery count is up to ten. Pariah Brewing Company officially debuted its beers to the public at select taproom events the first weekend of February, followed by a ticketed grand opening scheduled for February 11th. It's the final brewery to open in the Craft by Brewery Igniter trio of turnkey brewhouses, built into the former site of a strip club on El Cajon Boulevard.

San Diego brewing vet Brian Mitchell started Pariah and actually registered its name back in 2010, around the time he made the jump from homebrewing to a succession of jobs with local breweries, including a stint in research and development at Stone Brewing.

"I went through a really windy road to get here," Mitchell acknowledges, adding that he and his business partners were on the verge of launching Pariah in the Midwest when the Brewery Igniter option arose last year. 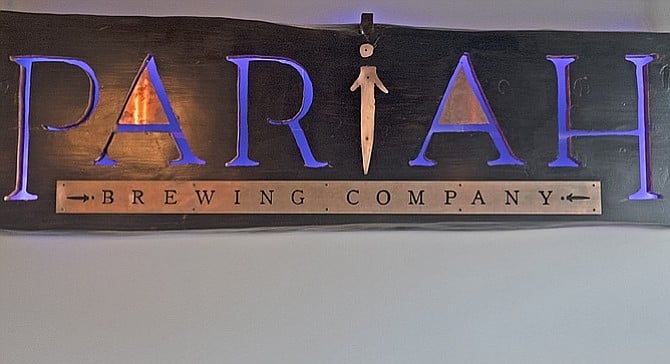 "I've been a loner," says Pariah Brewing founder Brian Mitchell, explaining the brewery's name. "Instead of letting everyone figure it out, I just put it on the door."

"We were literally about to sign a bank deal to open up a brewery in another state," he discloses, noting that business plan called for building out a much larger, 30-barrel brewhouse, versus a pre-built 10-barrel facility.

But Mitchell, who lives less than a quarter mile away, had his eye on this location even before Brewery Igniter picked it up.

"As soon as the cabaret that was here went out of business," he recalls, "I thought, Dude that would make a sick brewery! Now I actually own a brewery in the building. Couldn't say no to that — I love North Park."

"Like everyone else," Mitchell explains, "I worried that San Diego was oversaturated, and there was no chance to stick out or get any traction anymore." Instead, he says, "I just pushed myself harder to make beers that tasted unique."

Since he began homebrewing a decade ago, Mitchell has done things differently, brewing beers likely to stand out anywhere. Among Pariah's six core beers, for example, is Off White Wit, a Belgian wheat inspired by boba tea. Made with honey, green tea, lemongrass, orange slices, and ginger, the beer epitomizes Mitchell's creative use of adjunct ingredients. For the brewery's first seasonal offering, he came up with an unprecedented Uni Stout, a milk stout featuring sea urchin. "We see it as a San Diego version of an oyster stout," he says, as the spiky seafood is a staple of the local fish trade.

For hopheads, Pariah offers relatively familiar approaches to IPAs. The hop-bursted Dank Drank IPA may be Mitchell's closest to a standard beer style, whereas Drupe Fruit — made with hemp oil, peach, and mango — serves as the brewer's rejoinder to the recent prevalence of fruited IPAs made with extracts, which can result in aroma Mitchell likens to that of Fruity Pebbles cereal.

"I wanted to do an IPA with fruit in it that was actually legit," he says, "So even if it doesn't sell, I'm fine with it. At least I proved it can be done."