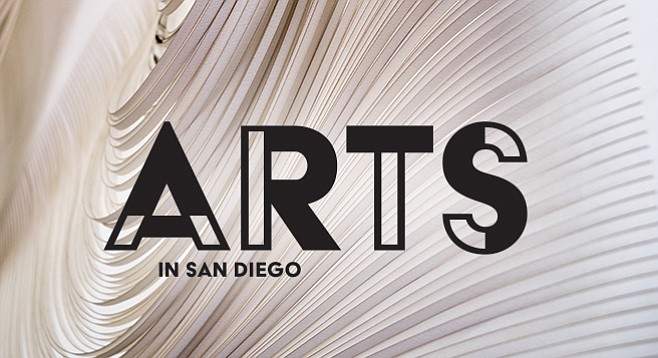 If You’re Making Art and Getting Paid for It... 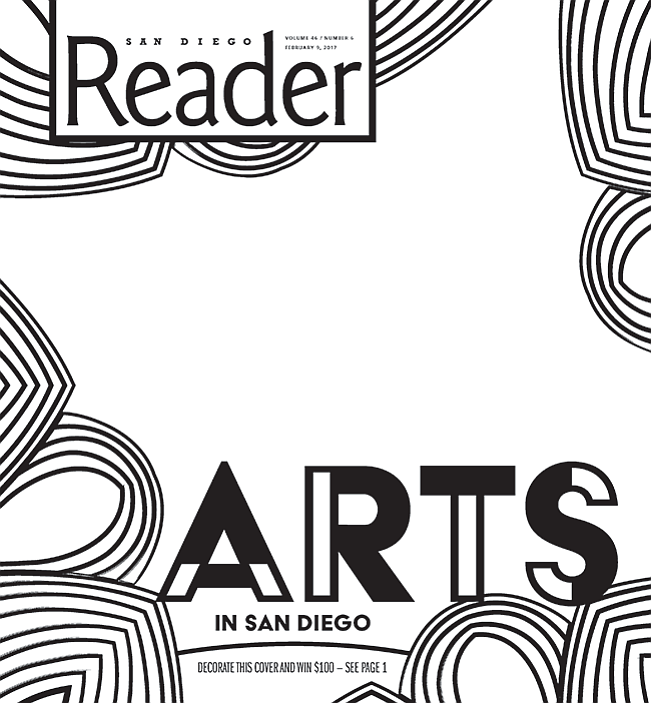 Decorate this cover and you could win $100! Get details.

“People used to say, ‘Oh, I love your music; I put it on when I go to sleep.’ At first, I was insulted: ‘Thanks a lot. My music puts you to sleep.’ Then I thought, Why fight it? I went on Google and I typed in ‘music for’ and looked at the auto-suggestions. Right after ‘music for cats’ was ‘music for sleep.’”

His subsequent album Classical Guitar Music for Sleep and Relaxation is approaching a million paid streams on Spotify, “which frees me up to spend more time recording” — perhaps music for cats. 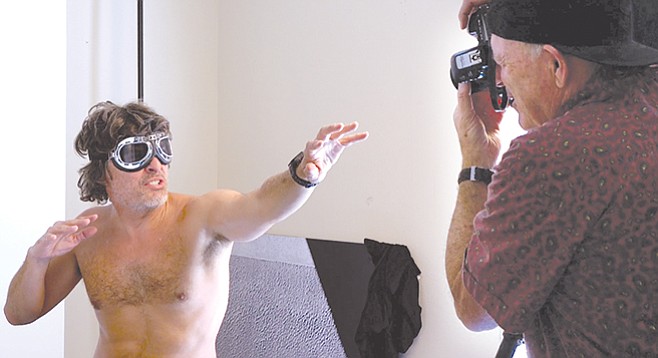 Skateboard photographer J. Grant Brittain is an artist in residence at the Artist Odyssey in Encinitas.

“I have actually found that artists hate [public] residencies,” says Ginger Shulick Porcella, executive director of the Art Institute. Porcella says that, typically, artists “just want to make work in private,” and that for artists who get accepted to the program, “The main benefit is being able to mount a solo exhibition, as well as the frequent visits with curators that we line up for artists-in-residence so that they get exposure in the larger art world outside of San Diego.” 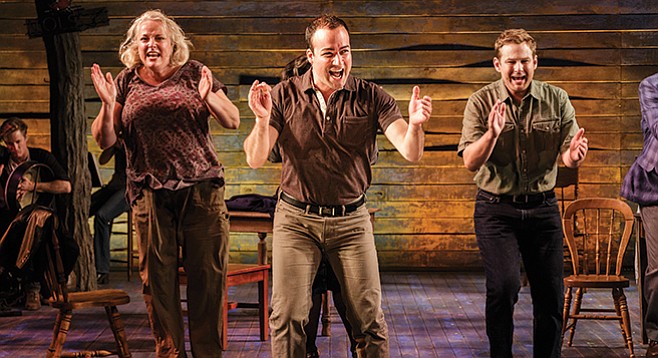 The La Jolla Playhouse sent Come From Away to Broadway.

In the past 25 years, we’ve sent at least 45 shows to Broadway. We average around two a year. The most recent, the La Jolla Playhouse’s Come From Away — 38 planes diverted to the small Newfoundland community of Gander during 9/11 — begins previews in New York at the Schoenfeld Theatre February 18. It’s scheduled to open March 12. If this one doesn’t fly, Broadway ain’t got wings. 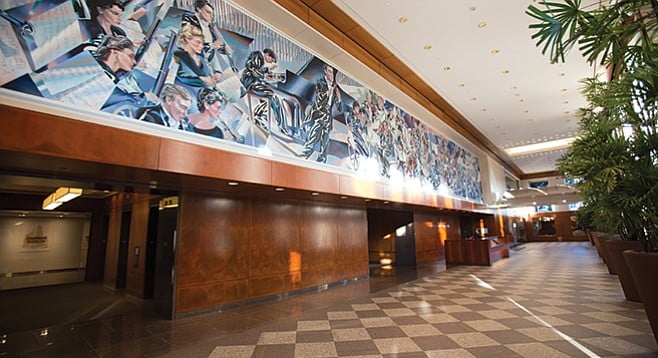 The mural in the lobby of downtown’s Symphony Towers hints at the hidden Copley Symphony Hall hidden within.

Classical Music Hidden in the City

San Diego does not have a classical music venue such Los Angeles’ Disney Hall, San Francisco’s War Memorial Opera House, or the Sydney Opera House. Those venues have architecture that make them recognizable within the context of their cities.

In San Diego there is no visible reminder of classical music. In spite of this, the classical music scene is vibrant for anyone who goes looking for it. 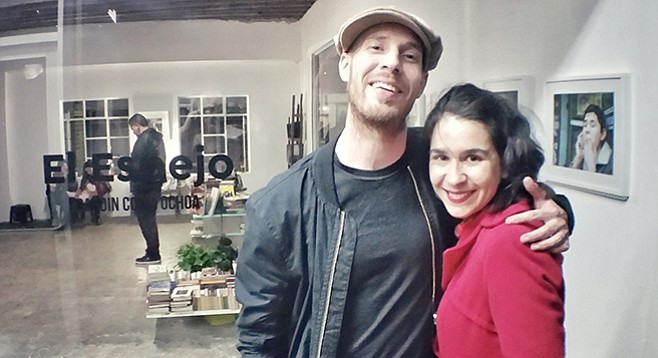 “Some friends and I believed that art could be a really powerful vehicle to give information,” says Espinosa, who works as an architect, graphic designer, and teacher at the Escuela Libre de Arquitectura. “Our friends didn’t want to vote because they didn’t believe in democracy… sometimes it’s really obvious why. Other generations already have their vote. They don’t care about the candidate; it’s about the party. So we realized that we couldn’t just say, ‘Hey, vote, because it’s important…democracy and stuff,’ because people just get bored.” 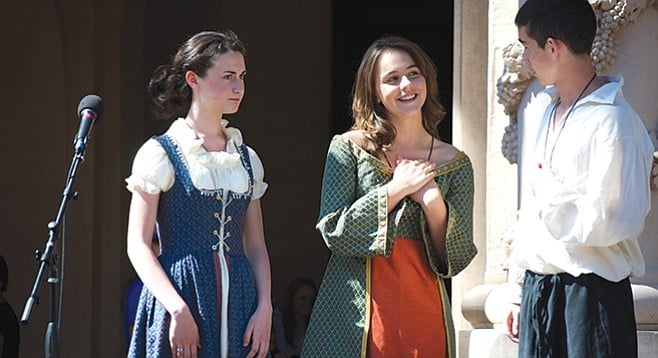 Members of the Shakespeare Academy perform during the annual Student Shakespeare Festival in Balboa Park.

In Fair San Diego, We Lay Our Scene

The [Shakespeare] Academy is unique in that the focus is first on understanding the literature. We also do performance, but the literature is primary. The kids really learn Shakespeare and learn to love Shakespeare. And, it turns out, so do their parents. There’s nothing quite like having the parent of a nine-year-old say that she finally understands Shakespeare after watching her daughter perform it.