Omar Passons files for spot on the Board of Supervisors 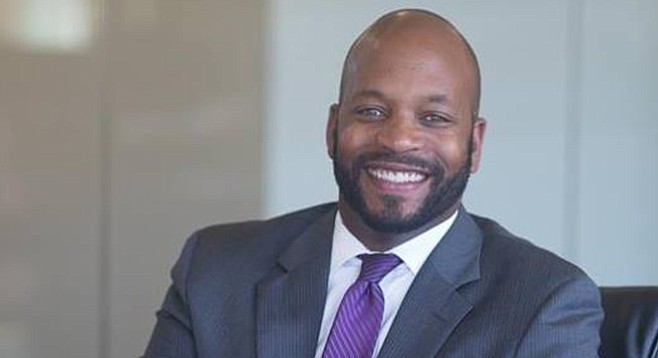 While Republican-turned-independent-turned-Democrat Nathan Fletcher continues to mull his options regarding running next year for the board seat being vacated by Ron Roberts, another supervisorial hopeful has jumped into the race ahead of him.

Lawyer Omar Passons filed for the job January 23. According to a March 2014 Union-Tribune profile, “He was born in San Diego to a deaf mother who struggled with homelessness and mental-health issues. Passons was her fourth child, and the fourth to be taken away. But what could have been the beginning of a long, sad story for baby Omar was actually the start of a full and happy life.”

Another early campaign hopeful is Summer Stephan, chosen by incumbent district attorney Bonnie Dumanis as her preferred successor. Stephan, who filed to run for the job and set up a campaign committee on January 21, is currently chief deputy D.A., getting a total of $281,377.92 in annual pay and benefits as of 2015, according to the Transparent California website. That’s considerably less than her current boss Dumanis, who collected $372,610.47 during the same period.

Really? I would never support an Airbnb lobbyist for Supervisor. Their party houses are already destroying PB and neighborhood families want them out!

lobbyists are what's wrong with politics. they have too many ties to corporate greed. sorry, but that's really not what I am looking for. If AmyH is actually telling the truth about AirBnB, then that's really awful.