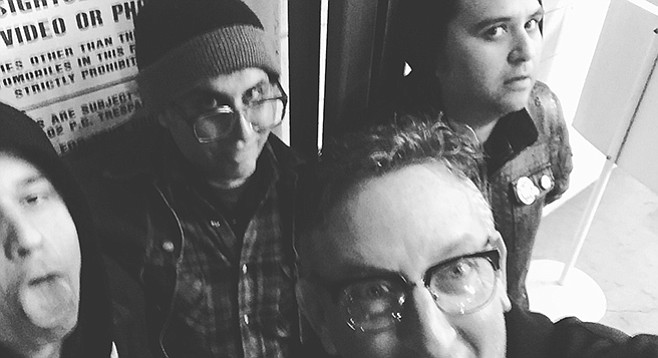 The October record-release show for Cruz Radical’s self-titled album at the Whistle Stop had one snafu: no vinyl.

“We held out hope until the last minute they would show up. Part of it was our fault. That’s what happens when you’re DIY.”

But the album, recorded at Doubletime Studios and distributed by Portland’s Sex Sheet Records will be on hand Friday for their second record-release show at Tower Bar’s hip-hop-versus-punk stage duel.

Cruz is best known for Bumbklaatt, which carried the local punk banner for 16 years with two members in TJ and two in San Diego.

“I lived in Tijuana for a year a couple of years ago. I work as a manager for a law firm in San Diego and I would be at the border every day at four in the morning to get to work on time. My parents live there now, and I still go down there for work a couple times a month.”

He sees Cruz Radical as an opportunity to get the word out. “I’ve met people down there who came to the U.S. when they were one year old, their parents never got them their papers, they got deported, and now they are stuck on the streets of Tijuana and can’t get back in the U.S. It’s a sad situation and it’s gotten a lot worse. We had songs about Trump as our enemy before he even got the nomination.” 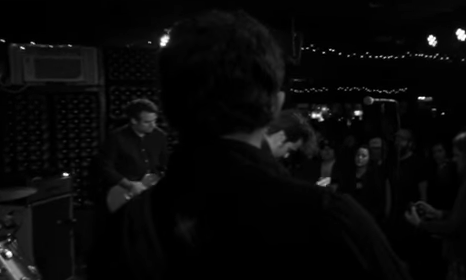 ...by Cruz Radical at Casbah, opening for OFF!

Cruz says his punk is proudly political. “If you’re in the Midwest and you hear ‘Build a wall,’ it may seem kind of funny. But when you live near the border and you see people getting put in cages, it’s not that funny.”

Cruz has had contact with inmates. “I would say 95 percent of those in federal U.S. prisons near San Diego are non-English-speaking Latinos who are there for not being American citizens. What a waste of our tax dollars.... Americans may not think that the gas going up to three dollars a gallon is a big deal, but if you’re a Mexican dude who makes four dollars a day, that’s a pretty big deal. If Americans’ gas went up to $60 a gallon, they would care.”