Hottest food reviews of the year

Chicken, dumplings, burgers, bagels, Baja, and the closure of Anthony's 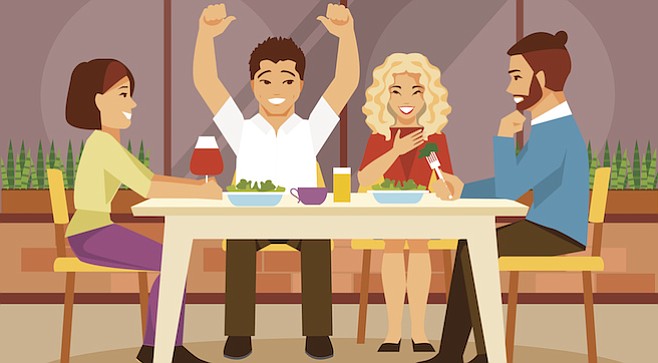 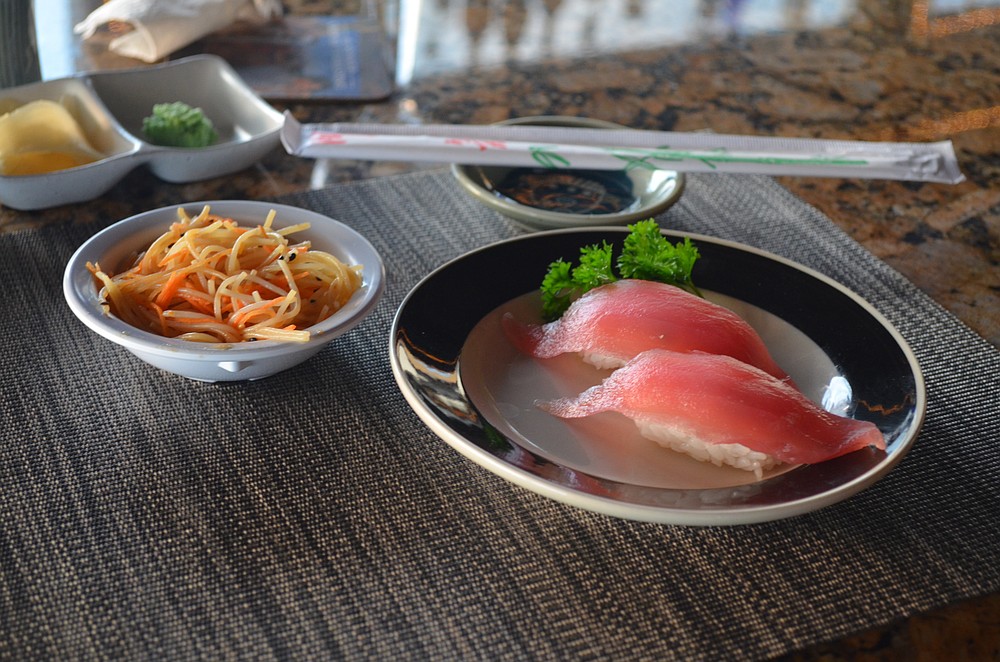 The two-piece sushi arrives first. There is nothing spectacular about it.

Between Tijuana and Rosarito, semi-upscale, gated communities catering to American ex-pats and retirees line the Baja coast. One of these communities, San Antonio del Mar, has been the subject of a lot of chatter lately because of a new sushi joint featuring reggae music as nightly entertainment. Sushi and reggae — how much more Mexican can you get?

The best veggie burger, for real 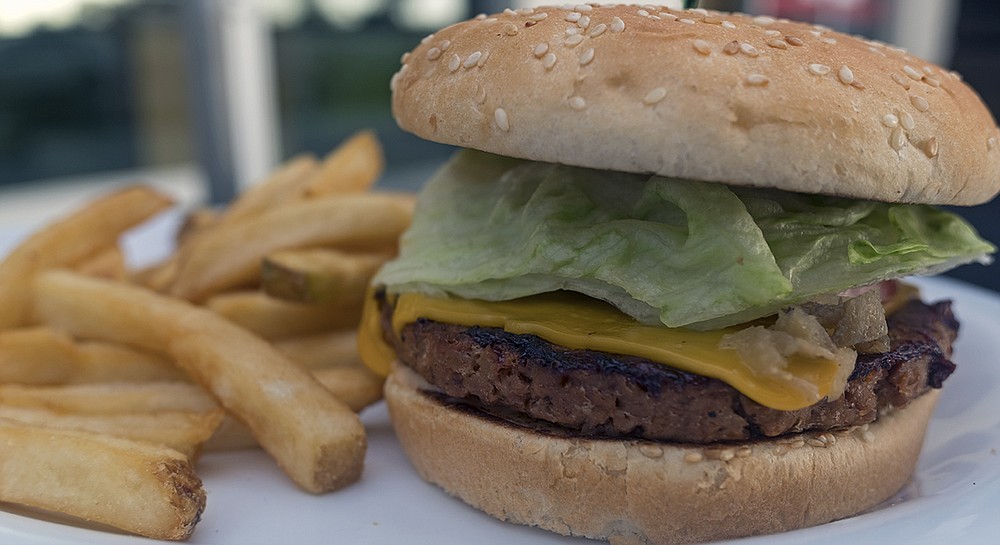 There’s no meat in this photograph. You could probably tell.

In my experience, there’s a fair amount of self-deception involved in applying the term “veggie burger” to anything. I mean, can just any mushy puck of vegetable fiber, grains, and/or nuts be slapped on a sesame seed bun, put next to a side of fries, and deem itself worthy of burger status?

Best fish and chips in the U.S. 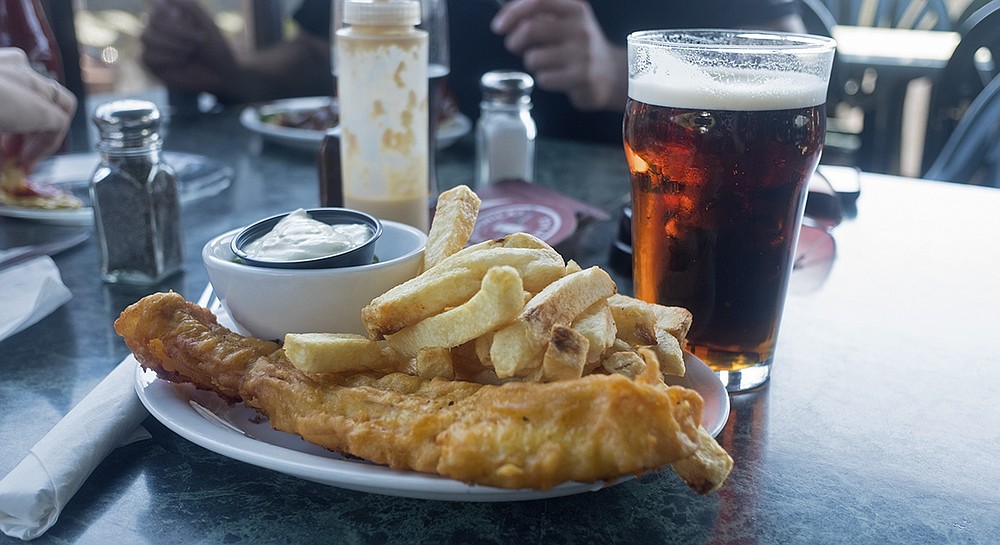 Simple fish and chips for the win

I got a press release the other day notifying me that Shakespeare’s Pub had won a contest held among 160 British-style pubs to determine who makes the best fish and chips in the U.S.

Shakespeare’s has been dishing out the Queen’s English at the base of Mission Hills for more than a quarter century.

Be wary of pretty food, make-up, and beards 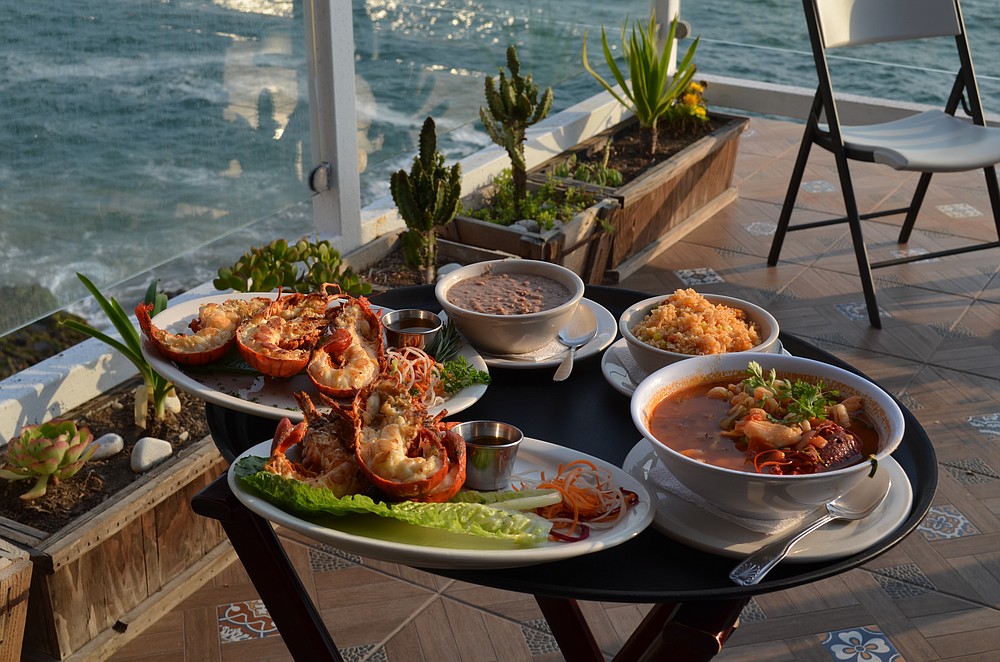 A buddy of mine, Rosarito born and bred, asks if I’d heard of a joint called Splash. He says if I want a good ride down the coast and seafood that’s hard to beat, I should cruise the free road a little past Puerto Nuevo and give it a shot. “How far past?” I ask. “You’ll see it.” 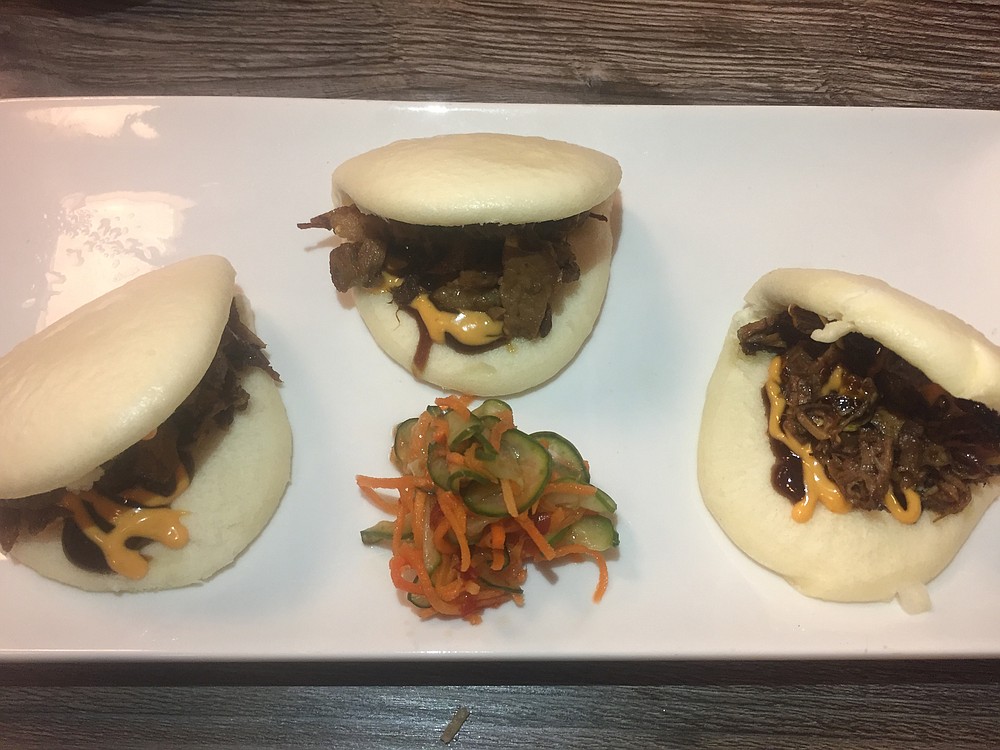 La Mesa already has its share of sushi joints, pho spots, and Thai restaurants, but until recently there was no noodle spot. Locals craving ramen had to drive out to Convoy or North Park to get their fix.

That may have changed with the recent opening of Blvd Noodles, a ramen shop in La Mesa’s quaint village neighborhood.

In this world, there are cities steeped in bagel tradition, and then there's San Diego. Yet somehow, August brought not one, but two locally-born bagel shops to the metro area. And I dig them both. 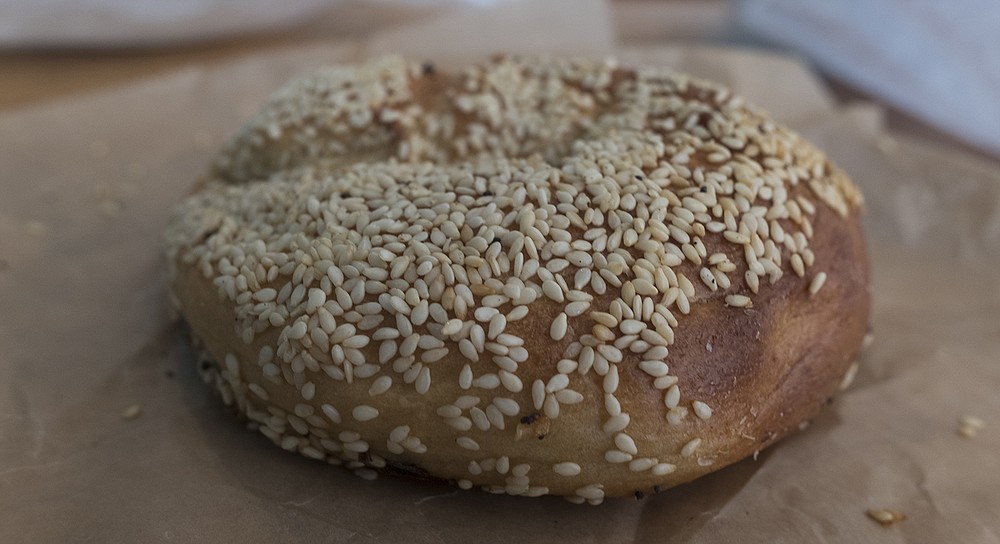 Technically, Nomad Donuts is neither new, nor strictly a bagel shop. The North Park donut and coffee spot recently moved from a tiny location on 30th Street, to a larger space on University.

The last days of Anthony's 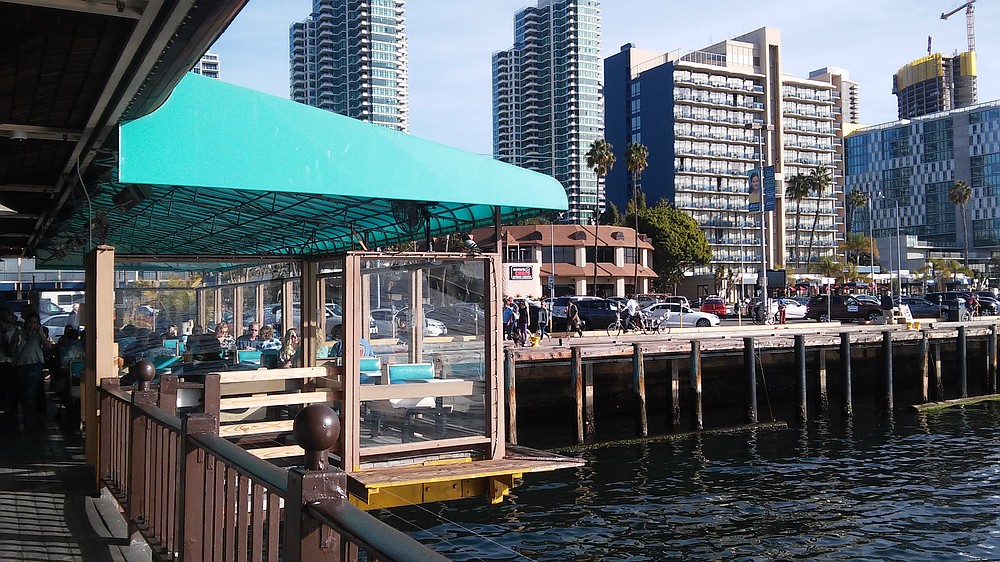 Good memories of Anthony’s, but not because of the final visit.

It was a Sunday, so the place was packed. I put my name in and waited way past the time I was given. I casually asked the hostess if she had called my name, and she was snippy. I gave her a pass because I knew she would be looking for a new job come February.

I was shown to a good seat in the bar area, and the noise level was intense but I dealt with it since I was alone and didn’t need to talk to anyone. I wanted to enjoy the view and the “Gulf Shrimp Louie Salad, a classic since 1946” one last time. 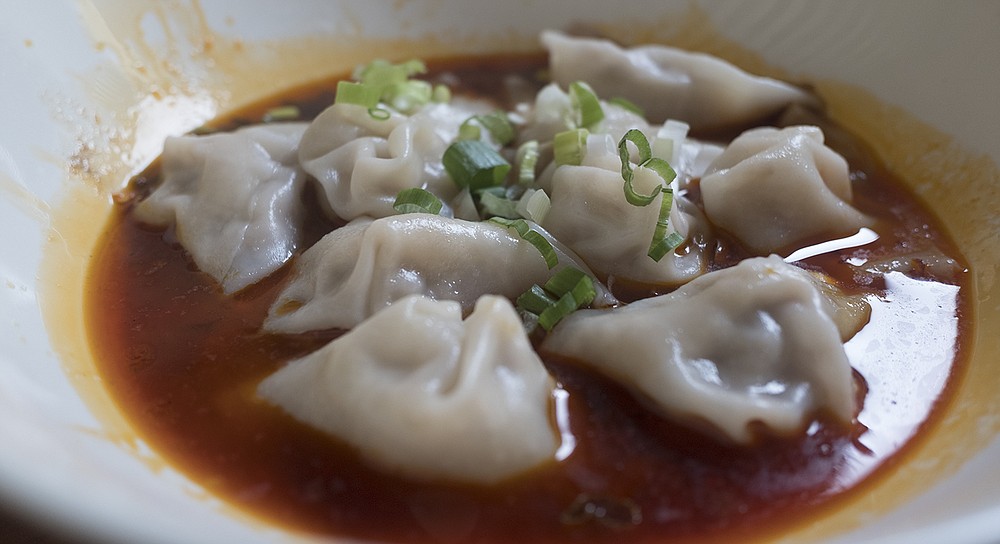 Minced pork and green onion wontons in a spicy broth

We’ve started to see an influx of heralded Tawainese restaurant brands opening. The hand-pulled noodles of Mama Liang’s Kitchen come to mind, and someday soon we’ll get to indulge in the xiao long bao (soup dumplings) of world-renowned Din Tai Fung, currently building a location at the UTC mall.

But dang it if Hillcrest didn’t catch me by surprise. It’s not long since I enjoyed the fusion of newcomer Whistling Duck Tavern. This time around I found myself digging the handmade dumplings at the recently opened Great Wow, previously been a Convoy Street restaurant.

Crispier chicken than KFC or Church's 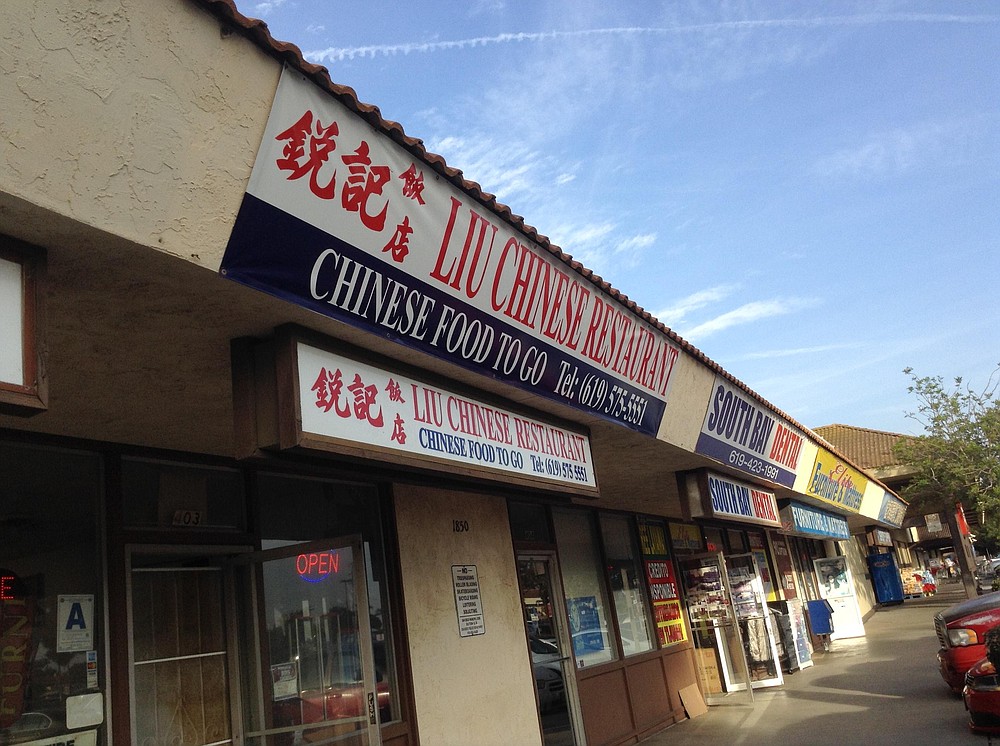 Just a blip in a strip mall

The Beyond Burger lives up to its name 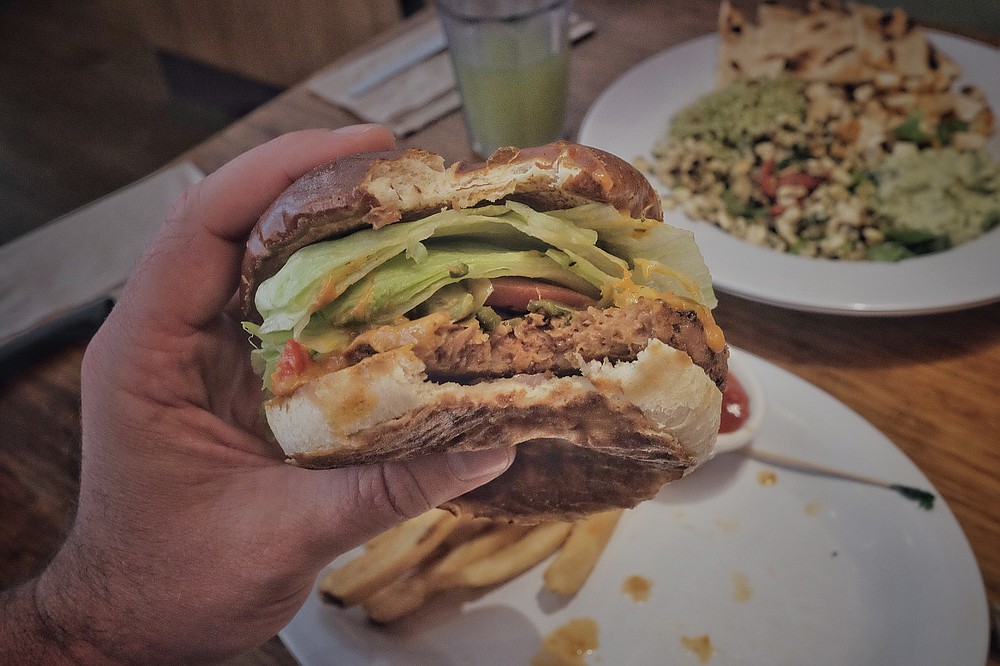 It’s time for that miracle of modern science, the vegetable-protein prototype known as the Beyond Burger. The server recommends that I try the fabled patty on the seasonal Super Rica Burger, so I do, and it’s (presumably) even more beyond. Served on a warm pretzel bun, the patty achieves a meat-like flavor, texture, and bleed thanks to seven years of hard science resulting in ingredients such as beet juice, pea protein, bamboo cellulose, and various thickening agents. It’s topped with a vegan chorizo cheese sauce, fire-roasted poblano peppers, cherry peppers, charred onions, lettuce, and tomato.