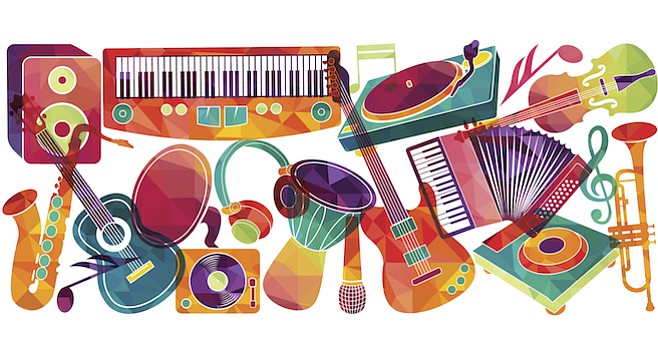 Anilee Griffin, known to many punk and metal musicians as the tattooed music lover who hired bands at Hensley’s Flying Elephant in Carlsbad, Brick by Brick in Bay Park, and who owned and operated the Shakedown in Point Loma, died at age 35. 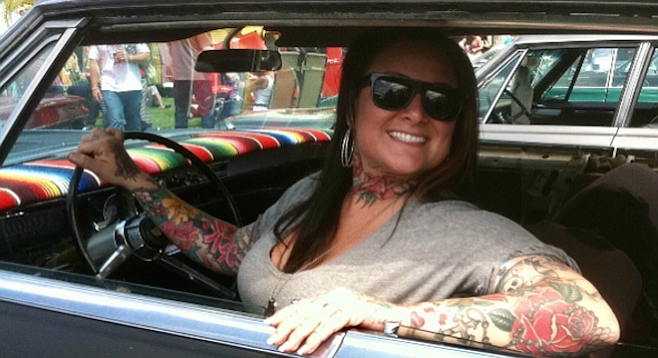 Anilee Griffin: "I gave it my heart and soul. It was never about money, just about supporting live music.”

“She was my childhood friend since grade school,” says South Oceanside–based musician Ross May. “She was a product of her environment. She really loved the culture of Oceanside and exported it to the corners of San Diego after she left the ’hood. And people ate it up like cake. Everyone loved her.”

May confirmed that she died due to complications of liver failure.

Mike Halloran, who started at 91X in 1986 and went on to work at four other local alt-rock stations, was dismissed as afternoon DJ and program director.

Listeners discovered that the Cantore + Woods morning show was simply not on FM-94/9 anymore. 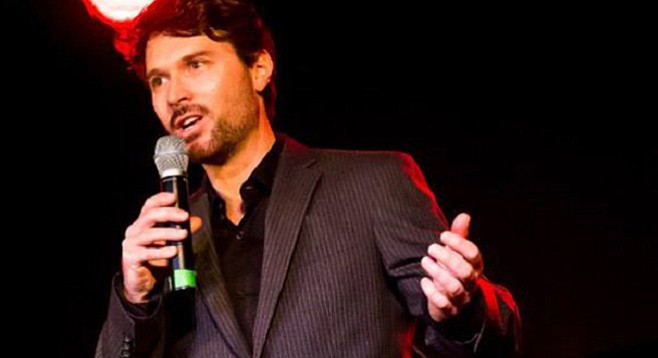 After more than 13 years of bringing concerts to UC San Diego, program and events manager Brian Ross called it quits on June 23. Ross collaborated with students to bring many pop and hip-hop acts to the campus, including Anderson Paak, Smashing Pumpkins, Primus, and the 2010 snag of Bruno Mars (with the help of student-partner Liz Kim) for the Price Center Ballroom.

Mugshot of XXXtentacion (that's a red tattoo under his right eye)

Shortly after regaining consciousness after he was blindsided onstage at the Observatory on June 7, XXXTentacion went on Instagram Live. He seemed to claim that the venue’s security team played a part by hiding the assailant before the attack.

Observatory North Park general manager Paris Landen stated, “Our guards are internal employees who work diligently for all our shows and all different artists. In no way were they in collusion with the assailants.” She said security guards “initiated proper control holds & restraints to safely break up any altercations that arose.” The venue also vowed to issue refunds for the event. 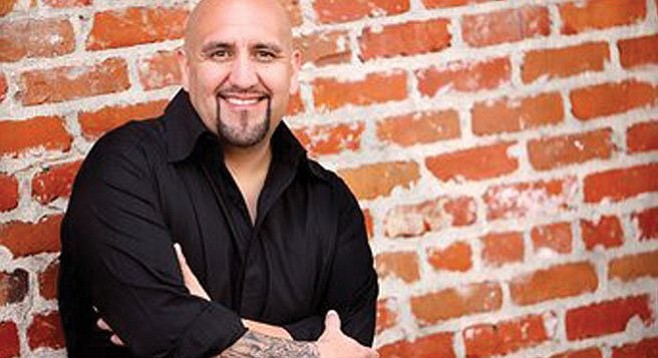 Mikey Esparza was hired to work at KFMB-FM by Mike Vasquez. Some insiders wonder if Vasquez, who also talks about his Christian beliefs on the air, was motivated to rehire Esparza because of their religious parallels. Insiders say Vasquez had full knowledge of the reasons behind Esparza’s 2012 firing, because at the time he was program director of sister station KIFM, which was just down the hall.

Electric-guitar pioneer Mundell Lowe, who had made San Diego his base for the past 22 years, died at home on December 2. He was 95. 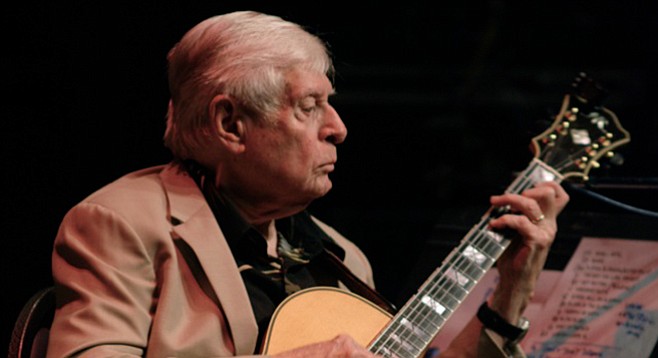 Born in Shady Grove, Mississippi, Lowe’s curriculum vitae is so star-studded that it almost reads like fiction. As a guitarist, he worked with Billie Holiday, Charlie Parker, Tony Bennett, Miles Davis, Charles Mingus, and Sammy Davis Jr., to name a few.

Lowe performed often in the San Diego jazz scene even into his last year on the planet. The community mourns his loss while celebrating his life. 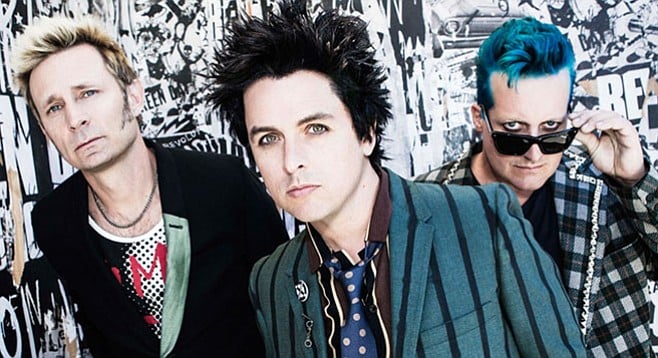 Green Day went and found a manager back East, breaking up with Encinitas-based Pat Magnarella Management.

When Oceanside’s double Grammy-winning singer/songwriter Jason Mraz left manager Bill Silva after 18 years, the separation was proclaimed to be friendly and drama-free.

“I have to admit, I did not see this coming, and I certainly don’t understand what’s behind it,” says one longtime local associate of Encinitas-based talent manager Pat Magnarella, who had managed Green Day for two decades. 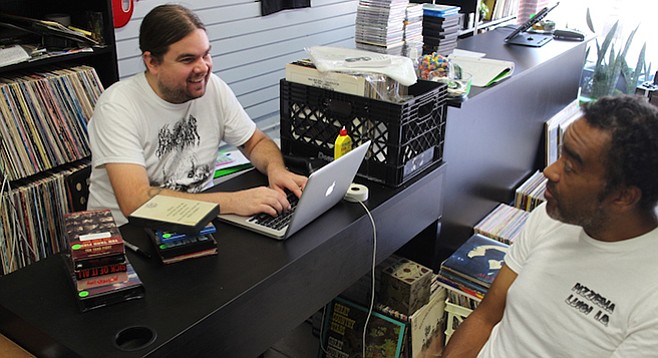 "I’m not trying to run a clearance bin or a museum," says Friesen (left).

When you think of genius business moves in 2017, opening a used-record shop doesn’t immediately spring to mind. Since the advent of Napster in 1999, the general trend for record stores has been death as opposed to birth. But local shops such as Cow, M-Theory, and Lou’s have all found ways to survive. Now, La Mesa native Nicholas Friesen and his wife Lynn have decided the time is right to open Re-Animated Records. 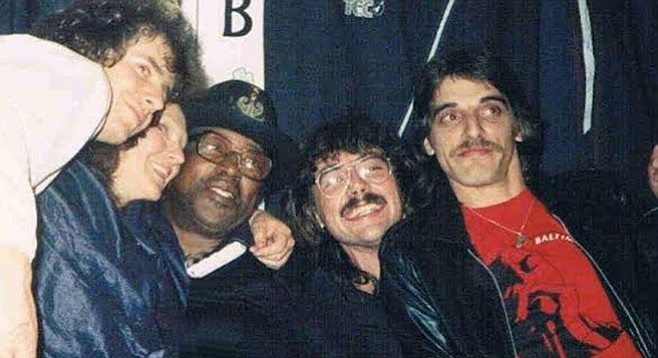 Aristotle Georgio (aka Mike Smith) spent the last year of his life hooked up to a feeding tube after being assaulted in the Gaslamp Quarter on July 1st of 2016, when a sucker-punch caused him to fall and hit his head on the sidewalk, resulting in severe head trauma.

Less than a week after his assailant was sentenced for the assault, Georgio passed away on August 1, 2017. Georgio was well known in Ocean Beach, although many did not know about his impressive musical career. 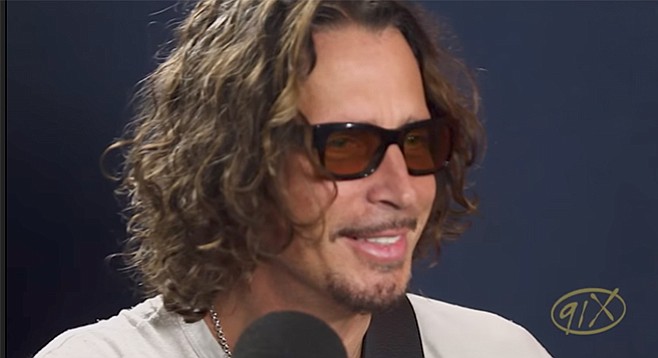