Meat on the radar 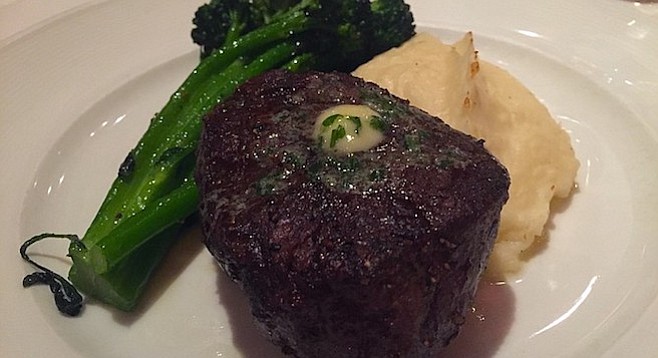 Call it economic anxiety, call it freelancing for a living, but for whatever reason this past year, my fine-dining experiences were limited to a handful of special occasions. When you spend more money than you’re comfortable spending on a night of food and drink with friends, it only feels “worth it” when the experience is as nearly flawless as my recent dinner at Cowboy Star. 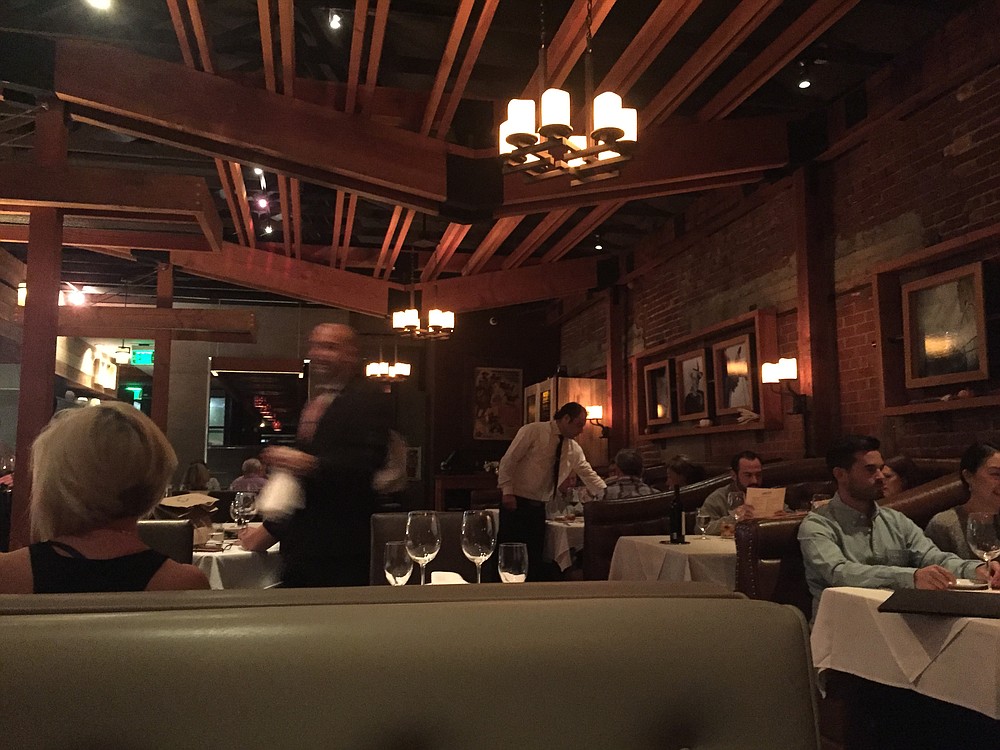 Inside the bustling Cowboy Star on a Saturday night

I hadn’t been to the East Village Steak House in many years, but my friends Jordan and Katie — who had been there a few times in the past year — suggested we take our mutual friend Shawn there for his birthday. 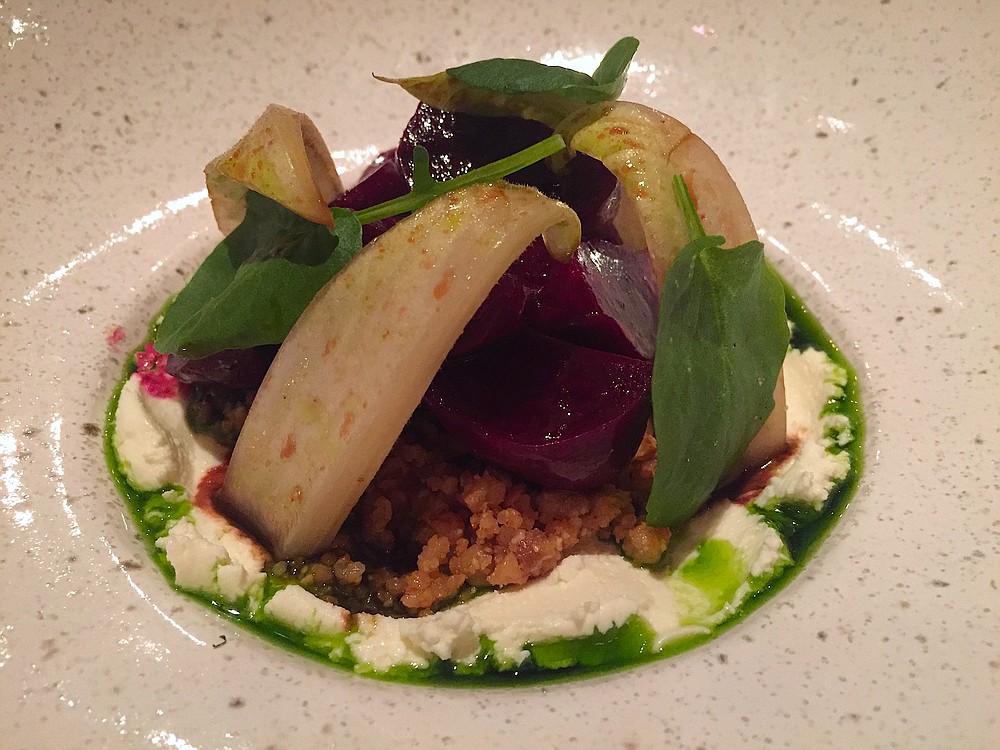 A Roasted Beet Salad to remember

The waitstaff was welcoming and friendly, and service was prompt and attentive without being overbearing. We began with an amuse bouche — one tiny, flavor-packed bite on a silver spoon — which combined apple, prosciutto, curry, and chive. Our palates had been awakened. 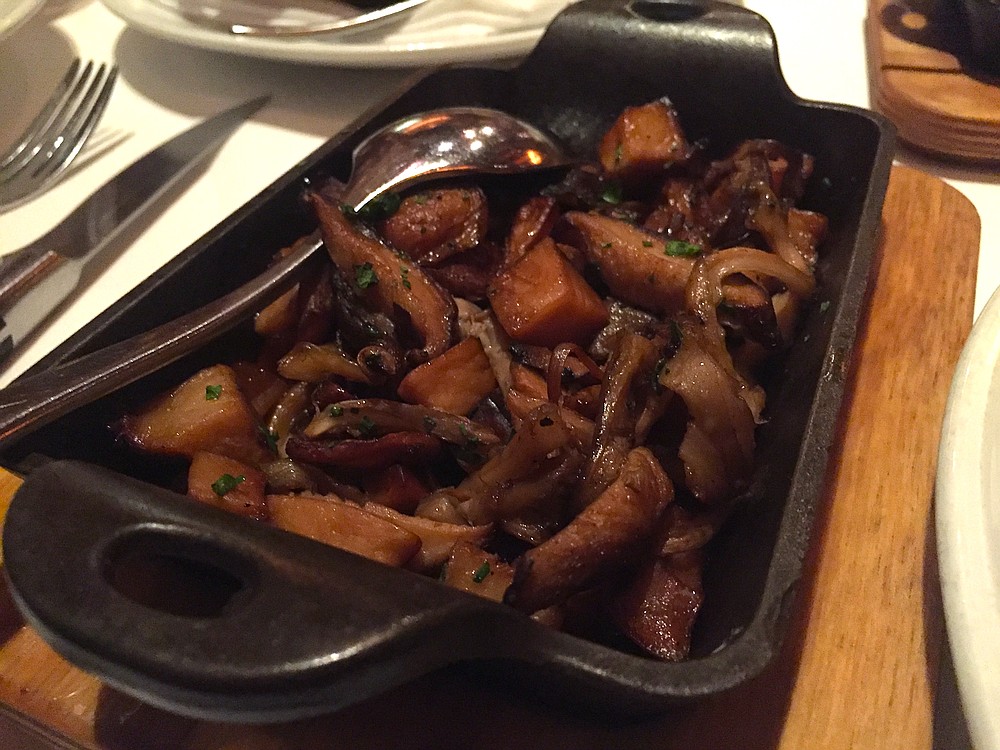 Despite the focus on meat, the magical bite that had us talking well into the week was the Roasted Beets ($12), an appetizer with endive, fromage blanc, hazelnut brittle, and saba (a reduced grape juice not unlike a balsamic vinegar). I’m not a fan of the bitter endives, so I pushed those aside. But what remained! The earthiness of the beets, the softness of the cheese, and the crispy, sweet nuttiness of the hazelnut brittle made for a spectacular flavor/texture combination. 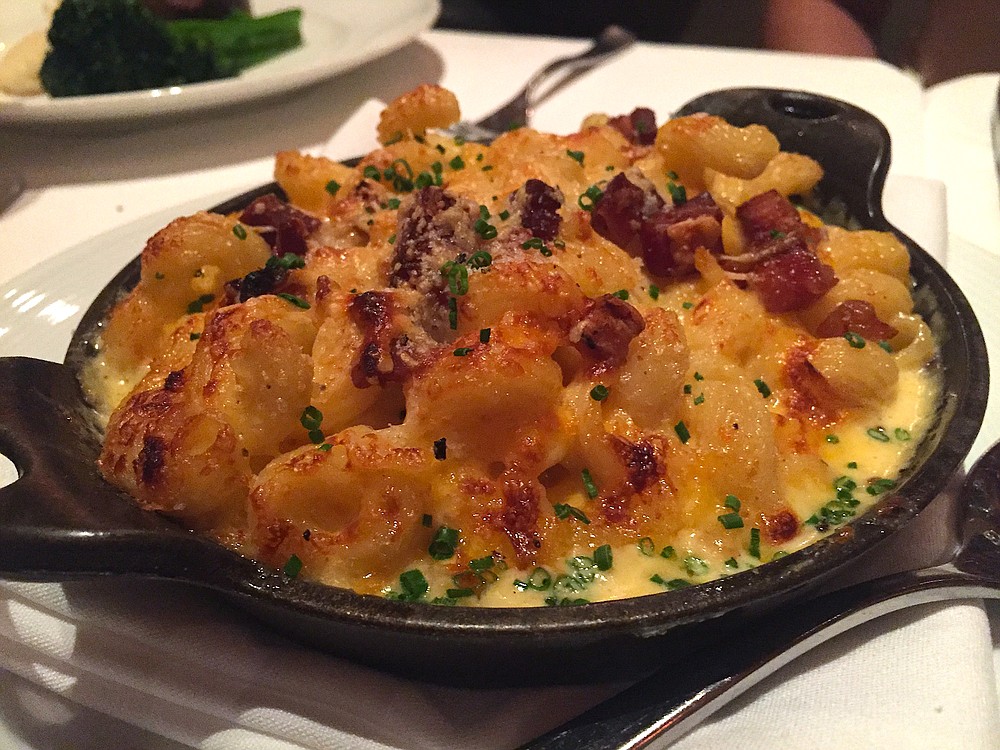 Mac and Cheese, good as a dish on its own

My only two quibbles of the evening had to do with the entrée. I ordered the 8-oz. Filet Mignon ($49). No pun intended, but it’s rare that my steak isn’t cooked exactly to order at a steak house. At a place where steak is the thing, you’d think they’d have that down. But the “medium” came back on the rarer side of a medium rare (David, who ordered a medium rare, thought mine looked more rare than his).

Not a big problem. I’d rather have it undercooked than over because you can always throw it back in for a few minutes. But in this case it was more like ten minutes, and when it came back, though our server insisted I try it to be sure and I said it was fine, it was still more medium rare than medium. I ended up giving the middle to David.

The second of the two quibbles had to do with the fact that Cowboy Star charges $3 per steak-accompaniment sauce. That’s like a hotel that charges separately for wi-fi — I wish they’d just include it in the price of the dish, without all those extra fees. For example, if you want a little “crumbled bleu cheese” for your meat, here it’ll set you back another $6.

All that said, the 21-day-aged “Natural” Angus was an exceptional cut of meat. That “Natural” in the quotation marks is how it reads on the menu. I have no idea what “Natural” means in this context, but at least it wasn’t written as Natural “Angus,” as that might have been even more perplexing. 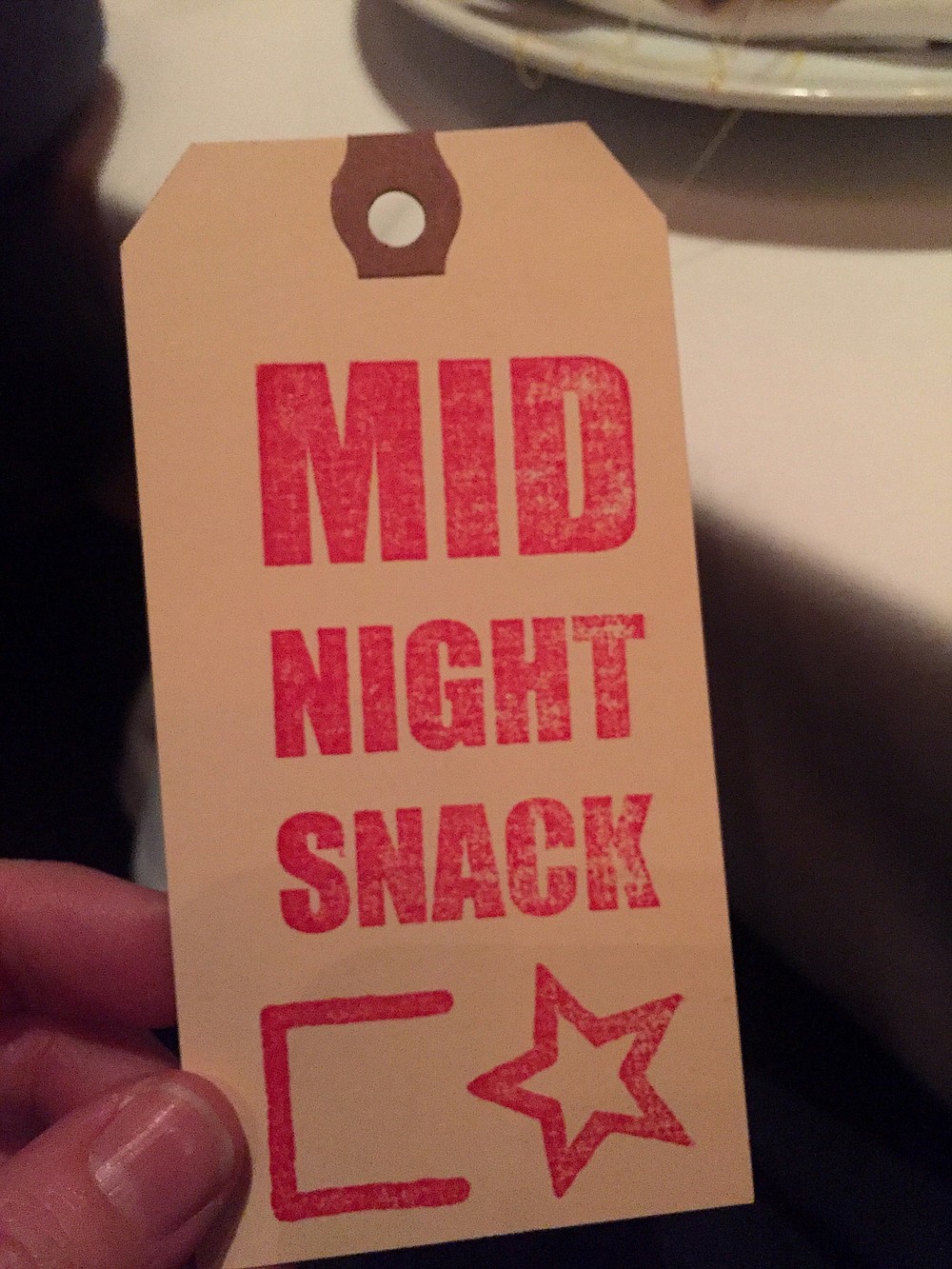 Of the sides, the Foraged Mushrooms ($14) was a table favorite, even over the Mac and Cheese ($14) with smoked garlic, bourbon shallots, and bacon lardoons.

When one of us asked for the leftovers to be boxed, we were given this cute tag, a ticket to pick it up on the way out. This is a great option, as the bag would have cluttered the table, and we were staying through dessert. I thought it was cute, like a coat check, but for food.

The consensus at the end of the night centered around how grateful we were that Jordan and Katie recommended the place and put it back on our radar.