Vandals spread the hate in O.B. 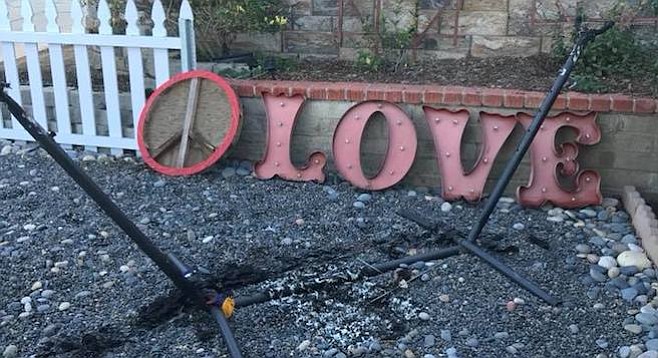 Early Friday morning (December 22nd), the fire department responded at 2:50 a.m. to a car fire in Ocean Beach, but as dawn broke reports around town started coming in about punctured tires, broken car windows, a burned flag, and hammock, and several scooters that had been pushed over. 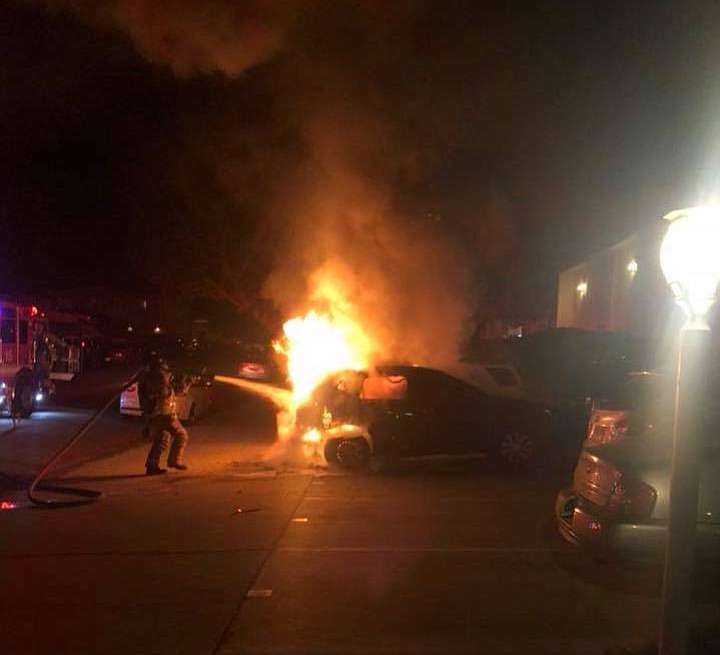 The car owner said her living room was "lit up" from the fire below.

Several residents reported hearing a loud “boom” around the time of the fire — on the 5000 block of Del Monte Avenue, near Cable Street. Other residents heard nothing, including the owners of the car.

“We woke up, my husband was going to the bathroom at 3 o’clock in the morning, and we just saw flames,” “Ann” told me."

The living room was all lit up, so he came out and saw the flames and was screaming, ‘Oh, shit!’ and then he got on the phone with 911 but the fire department had already come up and was taking care of it. They do suspect it’s arson. 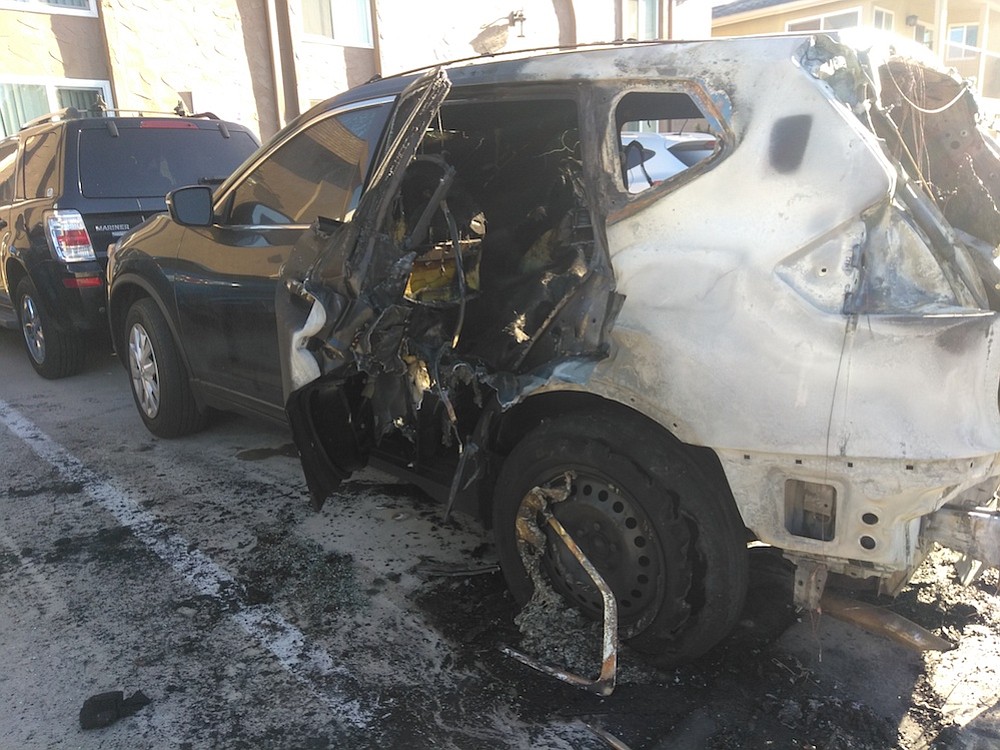 Police are calling it arson

“My glove box [in the burned car] was open and there was a bunch of paper on the front seat. It seemed like they broke in, but there was no sign of forced entry, so that’s confusing. And then we thought maybe it was a mechanical problem, but my neighbor said there were a bunch of slashed tires and burned flags, too.”

A neighbor said, “Yeah, my friend’s yard, her hammock and equality sign and flag burned up — this was [at] Niagara and Ebers. She reported it, too.” 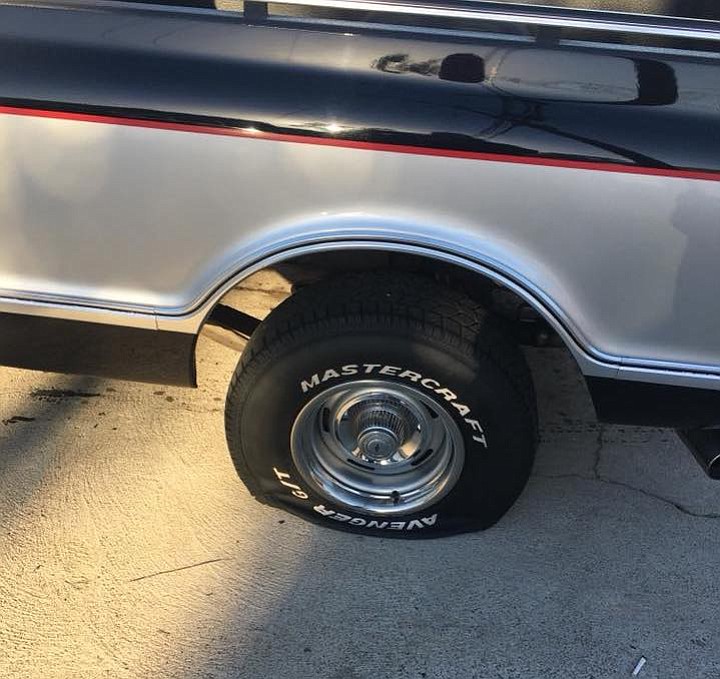 One of about 40 punctured tires

These were just a few in a string of incidents that have O.B. residents on edge. A car was stolen from Coronado Avenue and ditched two blocks away with a knife left inside. Punctured tires were reported on Coronado, Narragansett, Cable, Bacon, and Ebers. An estimated 40 tires were punctured.

San Diego police said they believe the car fire was an act of arson.

“Yesterday a guy was over at the 76 Station asking me to help him put gas in a plastic jug he was carrying,” Danielle said. “He said he ran out of gas and it was for his car and he was from out of town and didn’t have money or credit card. I wanted to believe him but my radar was up. Also, you can’t pour gasoline into a plastic water jug at the gas station; it’s against the law. I explained that to him and walked away. Now I’m wondering, could he have been looking for gasoline to start a fire?”