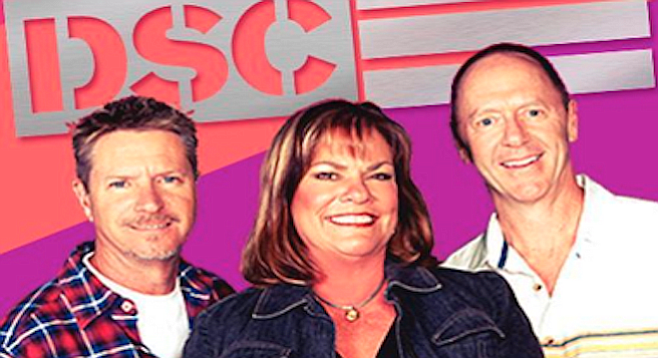 Will longtime anchor Barbara-Lee Edwards be shown the door when News 8 gets swallowed up by a Virginia company next year? Could sports anchor Kyle Kraska get the axe when new owners get the keys to the KFMB building in a few months? It seems probable if recent employment patterns hold true. 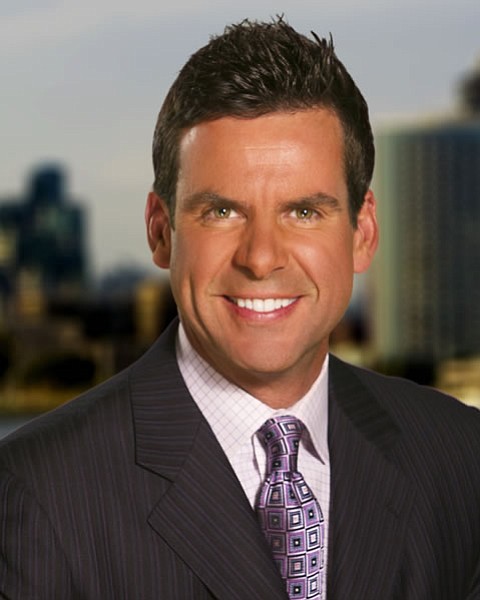 Edwards has been at Channel 8 for 16 years, Kraska for 18. The two TV and two radio stations in the KFMB group were just purchased by Tegna, Inc. The Virginia-based broadcast group has a history of taking over TV-news departments and then eliminating veteran personalities through voluntary or forced buyouts.

Consider Seattle’s KING-TV, which was taken over by Tegna. Last year, the top-rated station saw the forced exit of two longtime anchors, a weather person, and an investigative reporter who had been at the station for a combined 138 years. AdWeek reported that last year Tegna had a company-wide purge of some 68 newsroom staffers at 19 of its owned-and-operated TV stations in cities including Seattle, Denver, and Minneapolis. 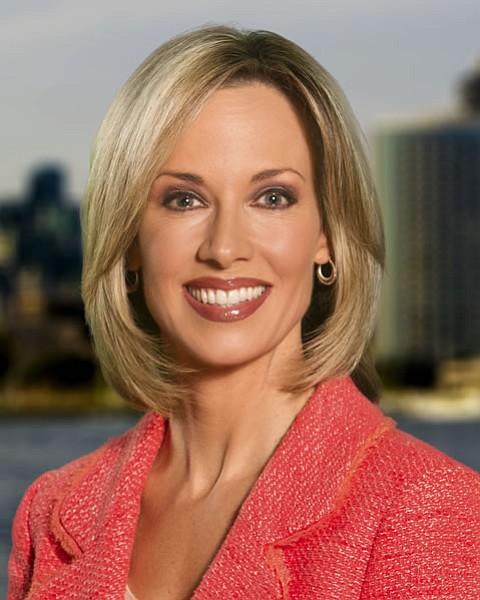 Tegna will buy the KFMB stations collectively known as Midwest Television for $325 million in cash. The purchase includes Channel 8, the CW TV affiliate (on channel 6 on many cable systems) and radio stations KFMB-AM (news/talk) and KFMB-FM (“variety rock”). Tegna says it plans to take control of the four stations sometime in the first half of 2018.

Tegna owns 46 TV stations in 38 markets. The company was formed when Gannett was spilt into two companies in June 2015. The Gannett name stayed with the print company, the largest publisher in the U.S., which owns USA Today and many daily papers. 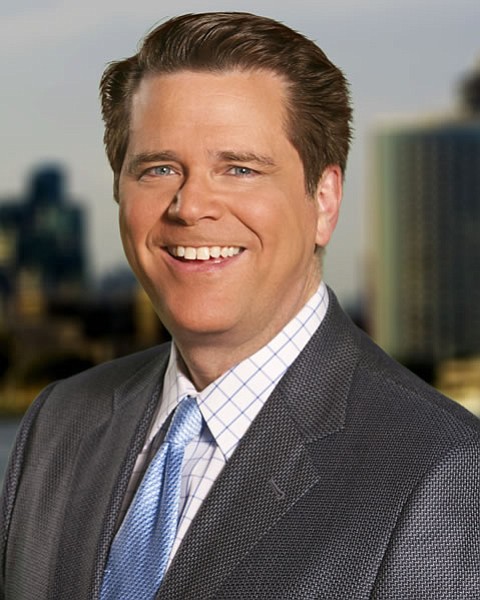 The press release announcing the KFMB purchase crowed that CBS News 8 is rated number one throughout the day when its news shows are in direct competition with other local newscasts. That became true this summer when its morning-news block topped the other morning-news shows. CBS News 8 had already dominated at 5 and 11 p.m.

CBS 8’s solid ratings would seem to bode well for its popular news personalities such as weatherman Matt Baylow and reporter Jeff Zevely. Attempts to get a comment from current KFMB station manager Alberto Mier y Tiran and KFMB stations owner Elisabeth Kimmel were not successful. Tegna spokeswoman Anne Bentley would not comment about any allegiance her company may have with longtime KFMB staffers and/or management. 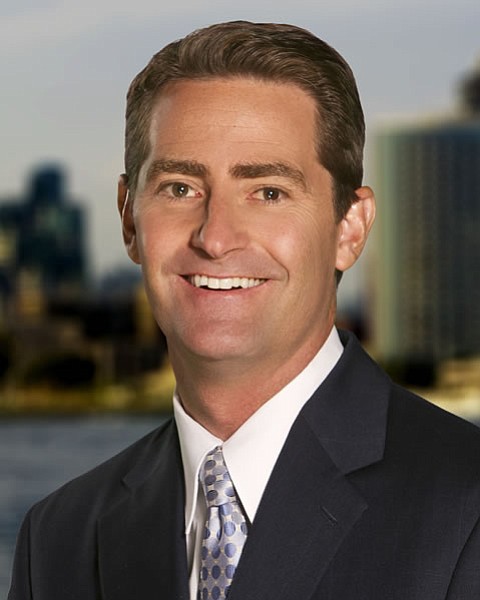 Another big question: will Tegna spin off the KFMB radio stations? Bentley says there are no plans to sell the two San Diego radio stations, since there is a lot of “synergy” between the two radio stations and CBS 8 news personnel.

Other people aren’t so sure. Although Gannett used to own two radio stations in San Diego (KSDO-AM 1130 and KS103/103.7 FM), insiders point out that Tegna currently has no radio in its national broadcast portfolio — only television. Plus, it has become harder for “stand-alone” stations to compete against the big groups that enjoy economies of scale and competitive edges. Locally, iHeart controls seven stations while Entercom has five.

One La Jolla–based businessman who has been a radio-station owner before thinks that the two KFMB radio properties may eventually be divested by Tegna. (He did not want to be identified, he says, because he may put an offer in to buy one or both of them once Tegna takes over.) “KFMB-FM is making money, but I don’t think the AM is profitable.” Last year KFMB-FM took in $6.2 million while KFMB-AM took in $4.1 million; in comparison, market leader “Star 94.1” took in $10 million.

Plus, the former station owner wonders if the economics of having the top-rated DSC Show (Dave, Shelly, and Chainsaw) pencils out for KFMB-FM. The seven-member DSC morning ensemble is by far the top-rated show among local listeners in the most-sought-after 25–54 age group. But an executive at a competing group wonders how long such an expensive morning show can survive in an age of diminishing ad revenue.

“I hear the whole DSC crew gets paid $2 million a year,” says the executive. “At what point do you decide that you just can’t maintain that? Plus, I just heard that Mattress Firm is pulling back on radio next year. And that was one of their major sponsors. Still, I understand DSC is responsible for 60 to 70 percent of the total revenue of KFMB-FM. They are KFMB’s cash cow.” 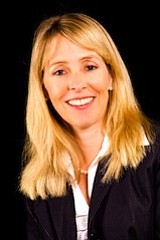 Tegna’s Bentley says there would be no announcement of specifics on the future operations of any KFMB station at this time.

Kimmel will clearly do fine with her $325 million cash-out. But the fact is, the family could have gotten a lot more 20 years ago. According to the daily broadcast digital trade magazine Tom Taylor Now, Meyer Jr. turned down an offer to buy the KFMB stations for $800 million in the mid-’90s. Another example of how broadcast facilities have diminished in value: in 2004 Midwest Television offered to pay $35 million for KPRI/102.1 FM but was rebuffed when KPRI’s owners said it wanted $40 million. Two years ago KPRI was sold to a Christian music broadcaster for $14 million.

Over 200 employees work at the KFMB complex on Engineer Road in Kearny Mesa.

An excellent, well-researched piece. Most of us know just about nothing of the corporate structures and economics of the broadcast industry. This brings much of the intrigue into focus.

I didn't realize so many even listen to AM radio. I haven't done so in decades.

There is almost nothing on AM or FM. Almost everything has gone to pay-to-hear radio.

I was against the Jacor Broadcasting consolidation, then led to Clear Channel. We could go on and on about the loss of local talk hosts for syndicated hosts; the loss of local news gathering staff; the loss of local city hall/gov investigative journalists on radio, and much more. Like many industries, those passionate about excellent products/services are taken over by conglomerates and investors only interested in ROI%. Sad!

I have since been told that callers to KFMB talk shows were told that they would not be put on the air if they wanted to talk about the sale of KFMB stations. Also, I was told on the day the sale was announced by an assignment editor who called himself Wes that Channel 8 News would not be talking about its sale on its 5PM newscast that day and that he knew of no plans that CBS 8 would be announcing it in the future. Seems to me even if current CBS 8 staffers were worried, they would at least act like everything is good going forward and would at least give the basics of the sale on its news. But no. The nervousness is palpable. I would love to know who told KFMB staffers to not share its own news. Please reach out. KFMB has been owned by one company since 1962. Now its part of a media conglomerate that loves forced buyouts. This matters.

Strange indeed if this were a mere change of ownership. Even the U-T used to print short pieces that announced the momentous ownership changes it had in the past few years. Suppressing that news indicates a sense of shame or guilt.

Especially considering other local TV stations mentioned the KFMB sale on their news. They could have spun it any way they want, saying as little as they wanted. Channel 8 News went on and on when they took over the CW channel from XETV earlier this year. Nothing wrong with that: it was news. They must be so terrified of Tegna since its impacting their news delivery.