The ice melts slowly and the flavors peel off

Striders calls it the New Fashioned 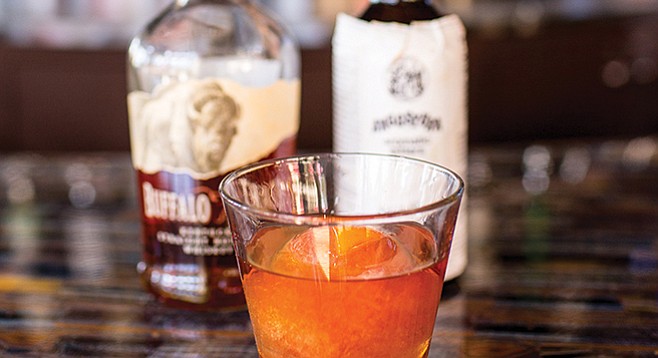 As January draws near, Striders general manager Tony Martineau found a way to raise a glass for the old year rounding the last bend even as the new year comes galloping out of the gate. He calls it the New Fashioned.

According to Alex Emery, the bar manager, this next generation of the Midwestern standby stands out even as it honors the Old Fashioned’s legacy. 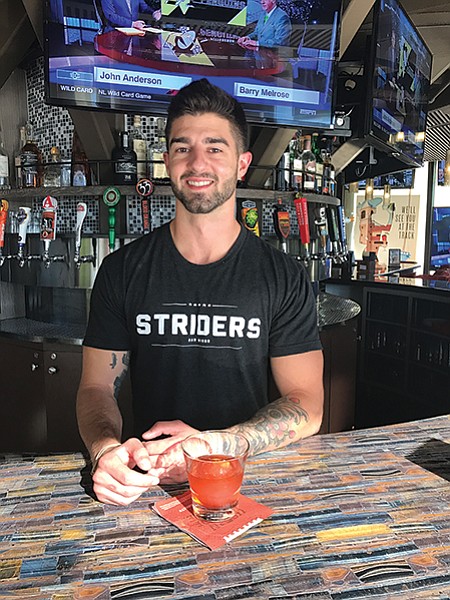 “It’s the same mixture of simplicity and flavor,” he says, “but Tony wanted to make it easy and look fantastic.”

As part of this simplicity, Martineau put the Old Fashioned’s ingredients — literally — on ice. By freezing bitters, orange peel, and maraschino cherry in a sphere of ice, which fits snug in the rocks glass, Striders’ bartenders pour the bourbon and let time and taste buds do the rest.

“The ice sphere is what really sets the drink apart from the average,” Martineau says. “Basically by taking the few steps to make the cocktail and putting them all into one we essentially were able to make it effortless yet still within the realms of its classic nature.”

At first he only spun the fruit into the ice sphere, Martineau says, but then he struck upon a way to increase the drink’s visual appeal as well.

“By adding bitters,” he says, “we created the drink’s blood-orange color as it appears in the glass.”

“With Buffalo Trace,” he says, “the first aromas and tastes you get are the sweet scents and flavor platforms of vanilla and caramel.”

Describing the drink as “calm and collected,” Emery says the drink starts out cold and bold with bourbon but mellows like a year through its seasons.

“It depends on how long you’re sipping on it, but the ice melts slowly and the flavors peel off the ice the longer you let it melt,” he says. “Halfway through the cocktail, the fruit begins to separate from the ice and becomes a part of the cocktail.”