Liberty Station just for the uni 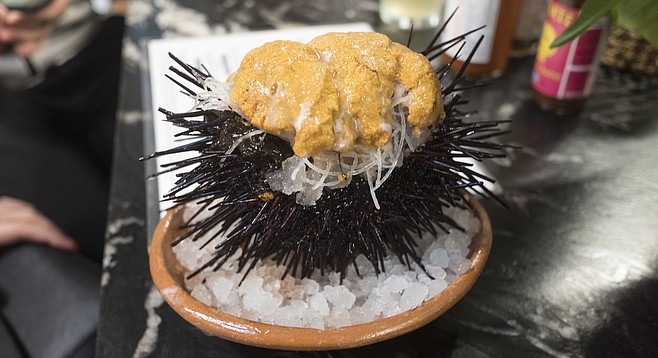 It's fair to say Liberty Station has become a good place to find yourself hungry. I did on a recent Saturday afternoon, and since I only had a short window to remedy the situation, I wandered into the amped-up food court collectively known as Liberty Public Market.

With no fewer than 16 food counters to choose from, I followed my cravings past the likes of sausages, Thai food, and empanadas. What finally hooked me were the words 'Raw Bar' on a sign dangling over the counter of FishBone Kitchen. 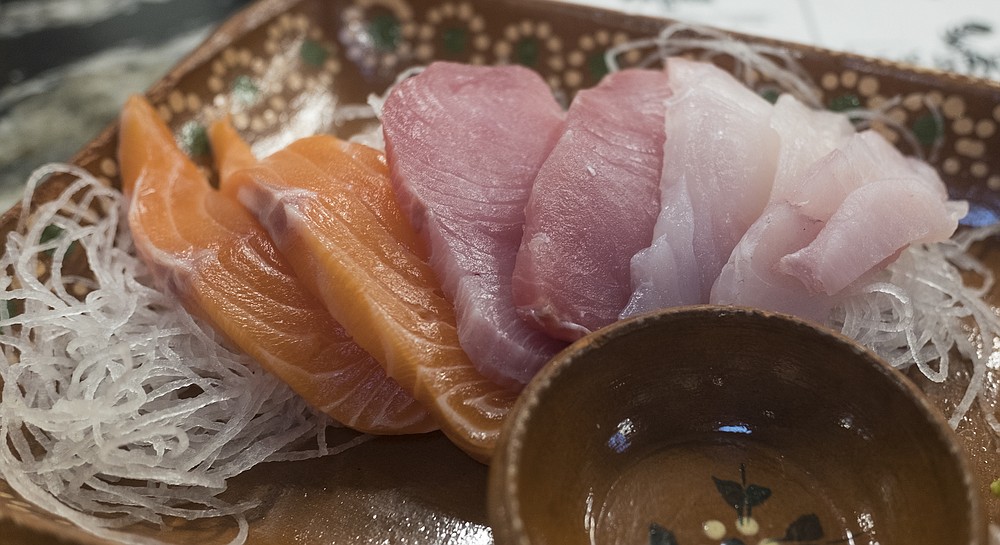 A number of appealing signs hang over FishBone's corner stall in the bustling marketplace, advertising its poke bar, crab cakes, and seafood chowder. Perhaps the most telling is one proclaiming, "sustainably sourced seafood." 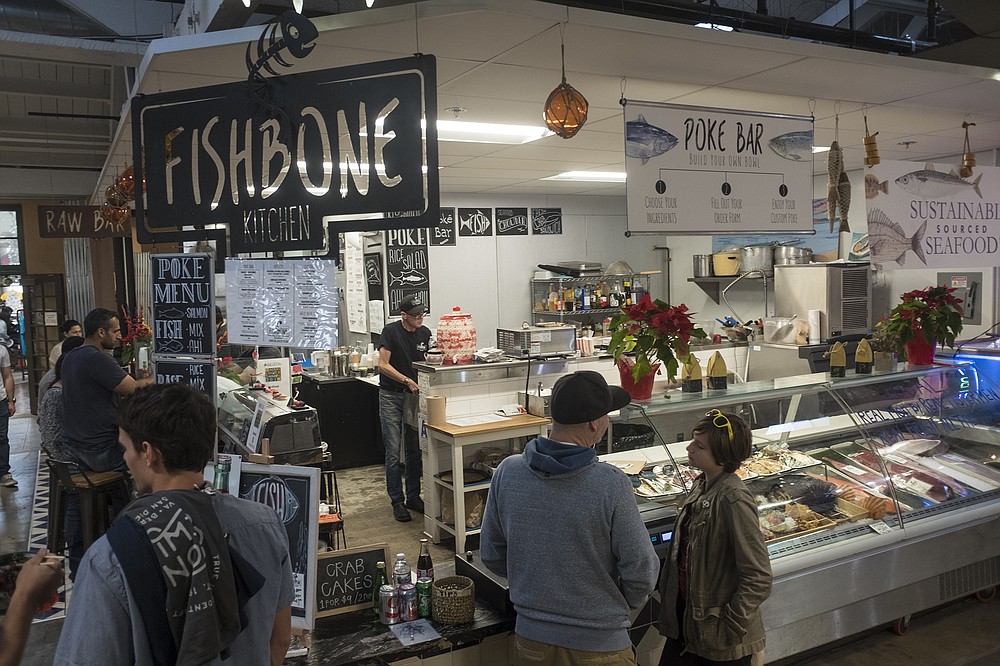 FishBone is part-owned by Dan Nattrass, a longtime vet of Catalina Offshore Products, the city's preeminent fresh fish market that's practically synonymous with the words, "locally caught seafood." If you're going to trust anyone to serve fish in a public market environment outside of Pike Place, Seattle, make it this guy.

So how fresh is the fish? When I asked a knife-wielding chef behind the counter whether most of the seafood being served came from Catalina Offshore, he shook his head, no. "Straight off the fishing boat," he said.

Not all the fish here is strictly local, but when sourced elsewhere its with good reason. A few barstools at the counter offer a chance to belly up and choose from a menu featuring blue crab salad sandwiches, six different types of oyster, and poke made from Scottish salmon and/or yellowfin tuna.

But the thing to get here seems to be the uni — several other customers ordered it while I sat at the counter. Historically called sea hedgehog due to its body covered in needles, sea urchin may be our most underappreciated local delicacy, but FishBone gives the spiny sea creature its due. A 14 dollar order turns out a full serving of orange sea urchin roe, triple or more the helping of uni nigiri at a sushi restaurant. Here it's served over strands of daikon radish, still in its shell and so fresh the needles are still moving.

Some people are turned off by the sliminess of uni. I suppose some people avoid oysters for the same reason. Those of us who know better can appreciate the similarities between the two, and if anything this uni tastes more purely of the ocean than a briny oyster.

Sushi's another offering at FishBone Kitchen, with a handful of rolls, plus $3 servings of nigiri or sashimi. I wasn't surprised to see salmon and yellowtail, and ordered a couple pieces of each. I was surprised to find California halibut and grouper, so added a piece each to my order.

The latter are far more likely to show up in a traditional sushi restaurant, and I'm told FishBone employs a legit sushi chef. However, he'd left for the day this Saturday afternoon, so my sashimi wasn't prepared with his practiced knifework. While this didn't stop the fish from being fresh, delicious, and generously apportioned, it did reveal how much slicing raw fish the proper way impacts its texture. Sliced better, it would have exhibited more buttery texture, and I wouldn't have found little bits of cartilage at the edges.

Even if FishBone only served oysters and uni, it would be enough to bring me back.