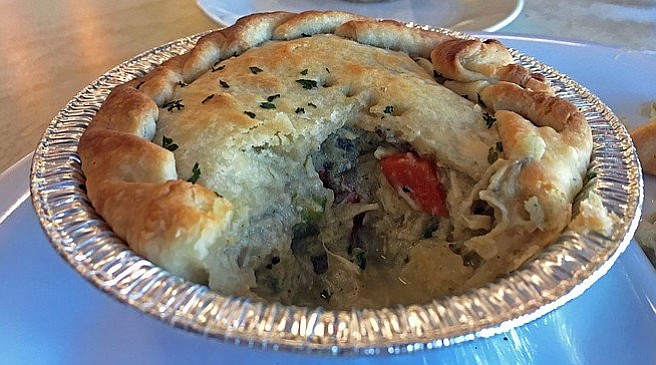 The only problem I have with dedicated pie restuarants is there are not enough of them. The recently opened Pie Joint aims to fix that around Point Loma's Midway District. Originally a farmers market stand, the business opened a counter service restaurant last month, offering sweet and savory pies, either for on-site consumption or "take and bake" to-go orders.

I do like the idea of taking a pot pie home to finish in my oven, but I dined in house, finding a low-key, comfortable dining room outfitted with a TV showing classic movies, a shuffleboard table, and a massive chalkboard for kids (or adults) to scribble on. 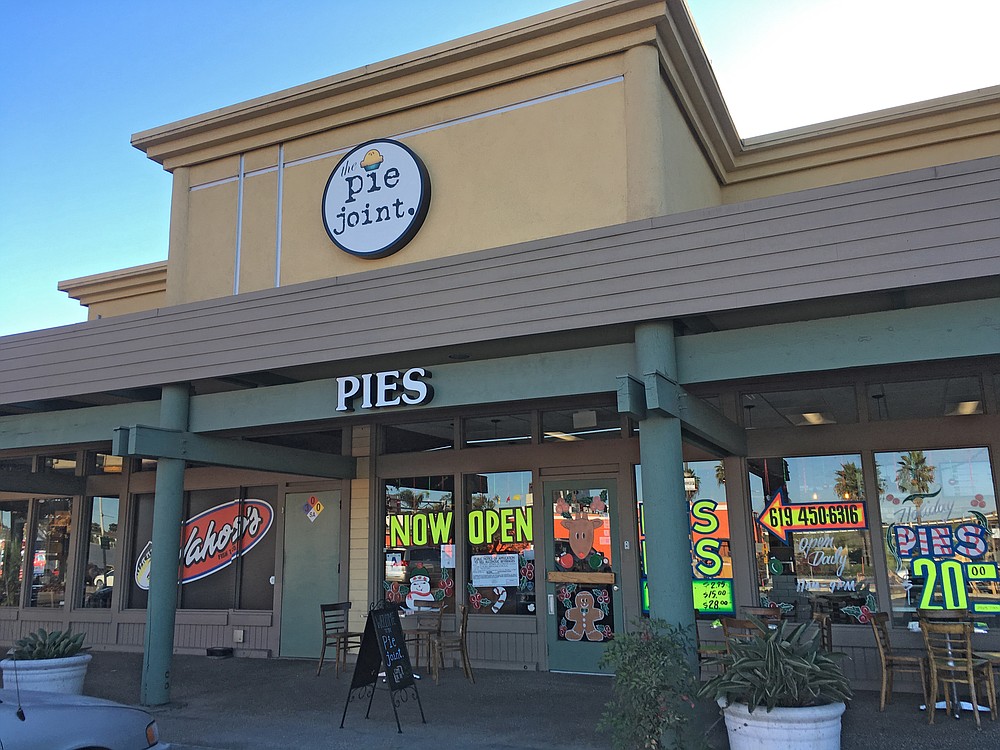 The Pie Joint opened in November.

The savory pie choices were limited to four, including your standard chicken pot pie, steak and ale, and a cheesy potato and vegetable pie. The fourth sounded great — a chicken pot pie with bacon added — but it sounded like cheating to me, so I went with the regular chicken pie for $7.50. Mashed potatoes with gravy was available as a side option, as was salad, but I set my sights on adding dessert instead. 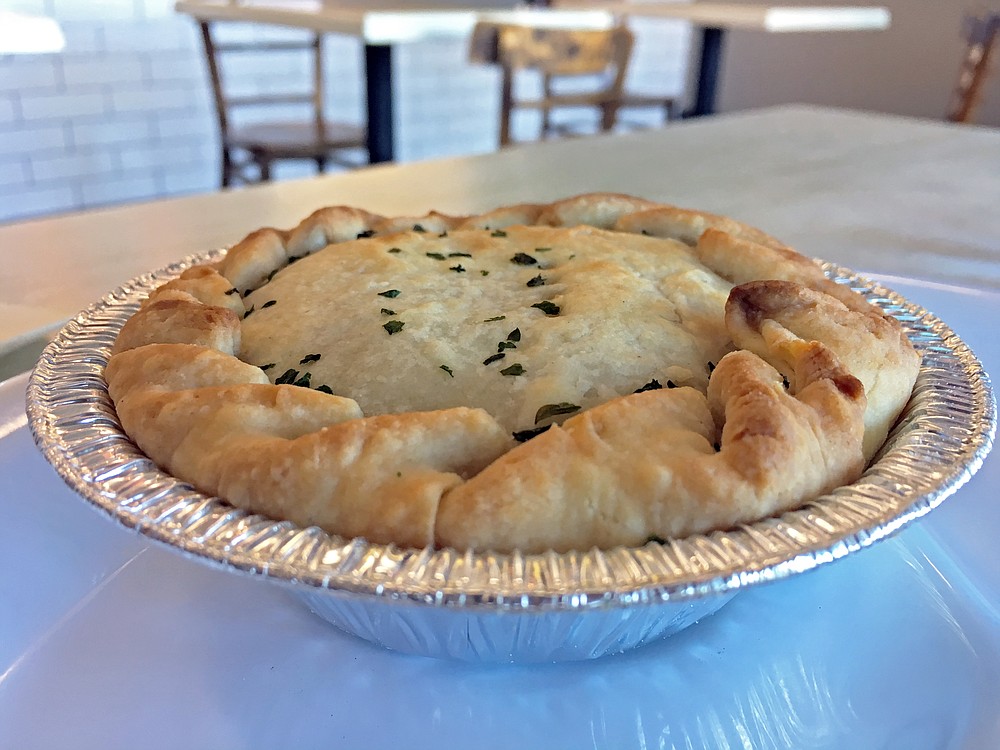 The sweet pies on the menu showed a greater variety than savory, including chocolate mousse, lemon merengue, Boston cream, and pecan pies, along with three variants of apple pie. A whole pie runs $20, and a slice $4.50. But I found myself enamored with the adorable, smallest option: a two-inch mini-pie for $2.95.

For that I went with the most appealing of the apple pies: drunken caramel apple. Made memorable by the addition of lightly salted caramel, this was a no-brainer to me. My only disappointment was being able to take the whole thing down in one large bite. Next time, I might go for one of the disc-shaped "hand-held" pies, sufficiently larger at $3.99.

The chicken pot pie wasn't huge either, but it was dense, packed with pulled chicken and gravy made aromatic with carrot, celery, and a fragrant blend of spices — I thought I detected sage, rosemary, and thyme. The par-cooked pies here go into the oven when you order, so they're served hot. The first bite burned a little, but tasted good enough that I lacked the patience to let it cool before going back for bite number two.

So disappointed that you didn't describe the crust...at all! This is more than 50% of a pot pie. Wow. Buttery? Flakey? This place has to be really good to beat Pop Pie Co in University Heights.