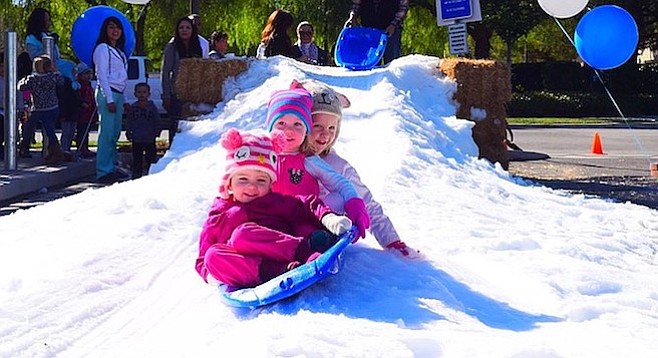 Back in October the city attorney’s office delivered a legal opinion that supported the city's decision to immediately appropriate recreation council funds, raised locally by each individual recreation center, and deposit the monies into the city's general fund.

“I believe the push-back was so severe that the idea was suspended,” said Golden Hill rec council president Mike Van Etten.

“I guess I’m not seeing the need for this fire drill,” councilmember Lori Zapf told the Times of San Diego in October. “There are so many unanswered questions.”

After a series of public meetings throughout the fall, during which community members voiced opposition to the modification, the issue went before the full city council December 13.

The result was the passage of a resolution to amend the Park and Recreation Department fee schedule, authorizing the appropriation and expenditure of revenue collected by the recreation councils; that means rec centers will be required to request funds from the city from now on, then use pre-approved city contractors to put on events. The rec centers will not have the freedom to choose which vendors to use, and the activities offered will be limited to what is on the city’s list.

Thanks to recreation council funds, this Saturday the Golden Hill Recreation Center will host a Winter Play Day, an example of the type of community event that could be imperiled by the December 13 council vote.

The Winter Play Day was approved by the Golden Hill Recreation Council before the vote, and plans were carried out by rec-center director Josh Lainfiesta and his staff. The rec council will put up $2000 to pay San Diego Ice Company for the snow; $2500 of city funds will go to other vendors.

The event takes place December 16th from 10 a.m. to 1 p.m. on the rec center’s athletic field. Big mounds of chipped ice piled on top of hay bales will make up a snowy slide — sleds provided. Kids can meet the Grinch, Santa Claus, and Elsa and Anna from Frozen. Face-painting, bounce houses, a balloon artist, and photo ops for families will add to the festivities.